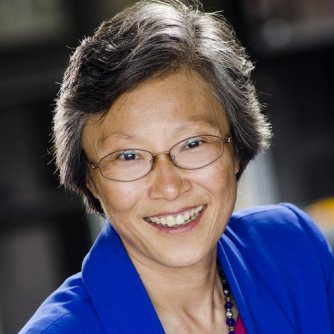 Jean Inaba has worked at classical stations across the country, including WETA in Washington D.C., KWIT in Sioux City, Iowa, WFAE in Charlotte, N.C., and WCAL in Northfield, Minn.

Professional background:
Jean joined Colorado Public Radio in 2013 after serving as a part-time announcer at WETA in Washington, D.C.for more than 20 years. Since her start in public radio in 1980, Jean has worked at classical stations across the country, including KWIT in Sioux City, IA, WFAE in Charlotte, NC and WCAL in Northfield MN.

Before joining CPR, Jean was the weekend morning host at WETA. During her stint there, Jean also worked as associate music producer of NPR’s “Performance Today” for 16 years. In 1986, she was the first person to fill that role and helped to build the network show from the very beginning as a way for listeners to experience chamber and symphonic works through live performances recorded for broadcast.

In addition to her work in public radio, Jean is also an active musician, performing with a number of professional orchestras over the last two decades, including the Maryland Symphony Orchestra.

How did you become interested in music?
Music has ALWAYS been a part of my life from my childhood. I grew up in a musical family. Mom played piano, Dad blared classical music from the stereo to get us kids up on the weekends and we regularly attended orchestra concerts. My two older sisters played piano. We also sang together as kids in a trio led by my (bossy!) oldest sister. I have perfect pitch, so I made sure nobody went off key. I also constantly bugged the church choir director about people singing out of tune. She really hated that coming from an eight-year-old child.

I began violin at age six on a whim because of Mom: “Oh, I wish somebody would learn to play that violin we have in the attic.” I’ve been playing since and I truly believe it’s the hardest of all instruments. I still don’t feel like I have it right yet after these many decades.

Growing up in Honolulu, I also learned to play the ukulele as well as the guitar, piano and recorder. I played oboe for four years and had a short flirtation with the French horn. Unfortunately, I played neither of them well.

How did you get into radio?
The funny thing is that I fell into radio by accident. I was intending to pursue a career in public relations when I discovered the radio station at my college during my junior year. On a whim, I figured “I bet I can do that” and tried out. Lo and behold, I discovered that I was a natural and LOVED it! I worked at KGTS in College Place for two years prior to graduation and my quest for my first professional, full-time job.

How did you end up at CPR?
This was another happy accident. I saw listings for other CPR jobs and went to the main website “just because.” I was idly cruising “Employment Opportunities” when I stumbled onto a great discovery: the listing for this very job.

Favorite composer and piece?
Uh oh, I was afraid I was going to have to answer this question…That’s a toughie! I do love Brahms, Mahler and Mozart. Richard Strauss and Ravel are also high on my list.

If my life depended on naming one single favorite classical work, alas I am afraid I would probably die. I love the Brahms symphonies though, Mozart’s late string quartets and some of the Mahler symphonic blow outs.