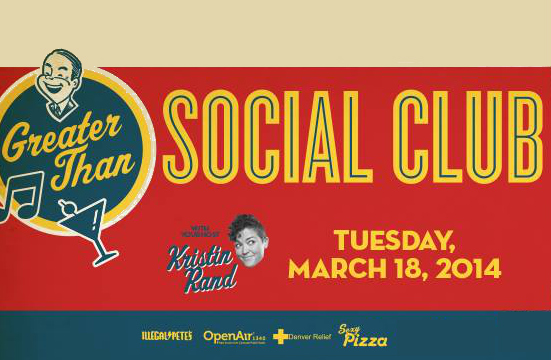 OpenAir invites you to the next installment of Greater Than Social Club! The second Tuesday of every month Illegal Pete's, Greater than Collective, and OpenAir bring you comedy and music at Lannies Clock Tower on the 16th St. Mall!

Tuesday, March 18th is the next in the series of Greater Than Social Club and will feature the comic talents of Adam Cayton-Holland, Christie Buchele and Kristin Rand with music from The Blue Rider and Mike Clark and the Sugar Sounds.

RSVP for the event.