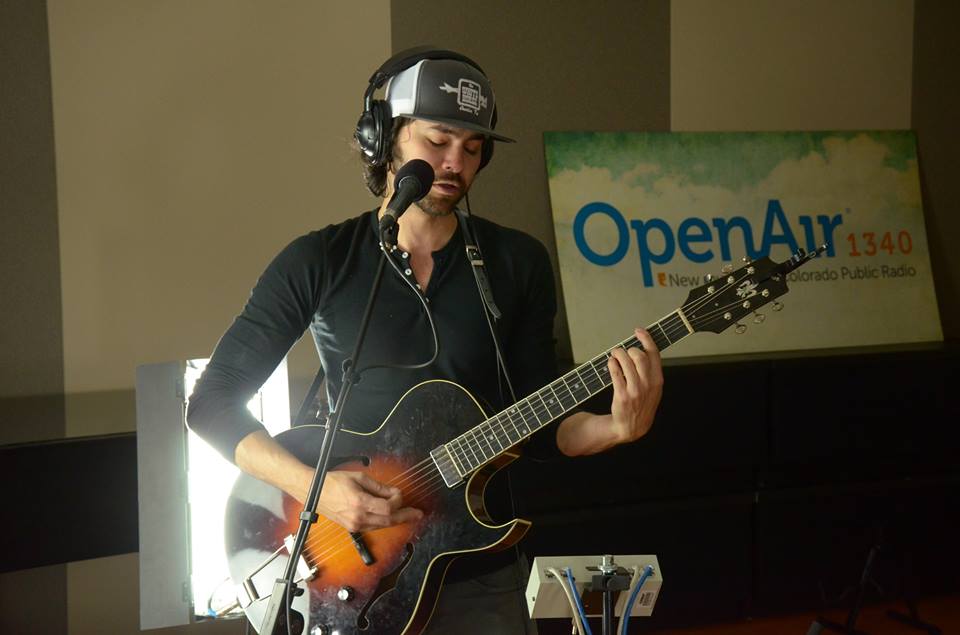 (Photo: CPR / Daniel Mescher)Shakey Graves, the performing moniker of Austin musician Alejandro Rose-Garcia, has made quite a splash in the Colorado music scene lately. In addition to headlining the Colorado Music Party at SXSW last month, Graves also took Denver by storm with TWO sold out headlining shows last week.

We caught up with Graves in between those shows for a performance in our CPR Performance Studio. Though he's known for his stellar one-man band performances, the addition of two backing musicians (nicknamed "Boo" and "Baby D") added even more talent to his rustic Texas rock n' roll.

Alisha Sweeney spoke with Graves to compare the scenes in Colorado and Texas, playing with Colorado songwriter Esme Patterson, and his acting career (he gets killed by Mickey Rourke in the upcoming "Sin City 2.")

Stream the session and interview above!