UPDATE: Reverb has posted the full UMS 2014 schedule. Head to their website to check it out. 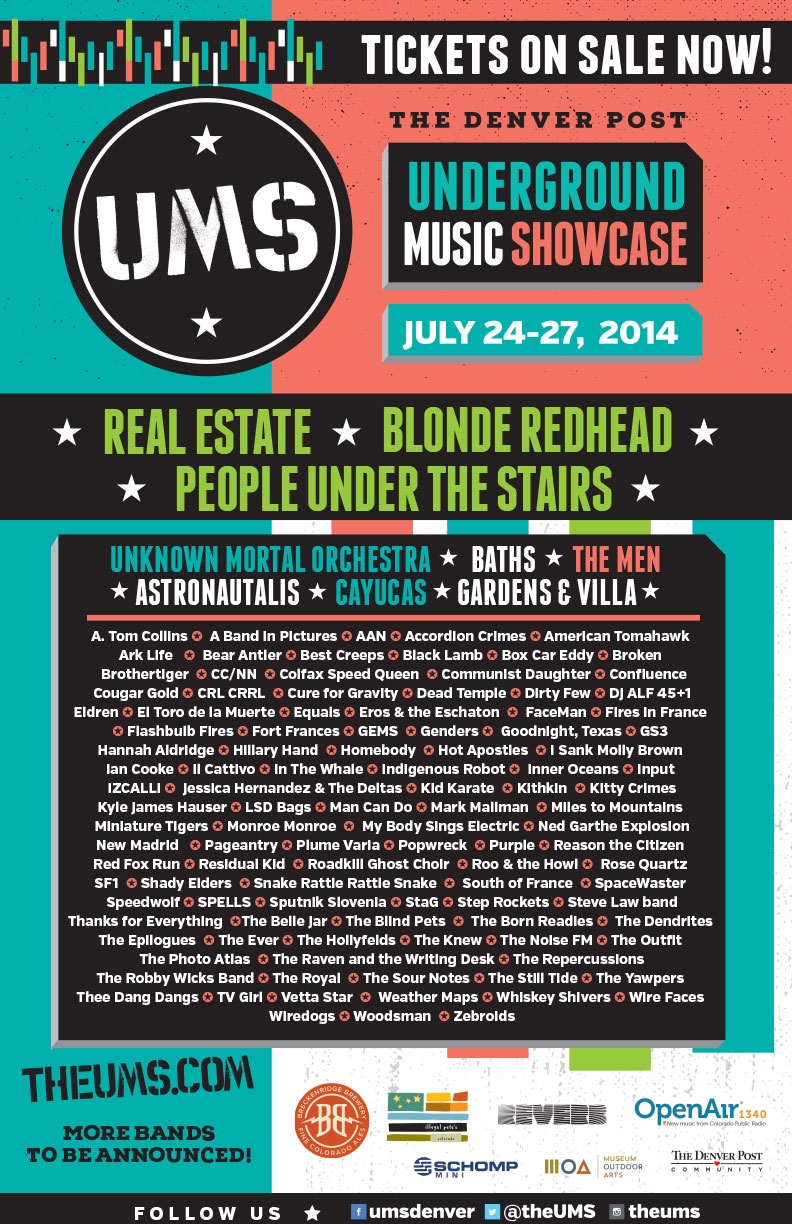 OpenAir is proud to once again partner with the Denver Post Underground Music Showcase, taking place July 24-27 across 20 South Broadway venues in Denver. The UMS has announced the third wave of national and local acts that will perform over the four days of its 2014 edition.

Check out the full list of newly added and previously announced acts below, and head to the UMS website for details on tickets.