Read up on the previous three days of Bonnaroo 2014 here. 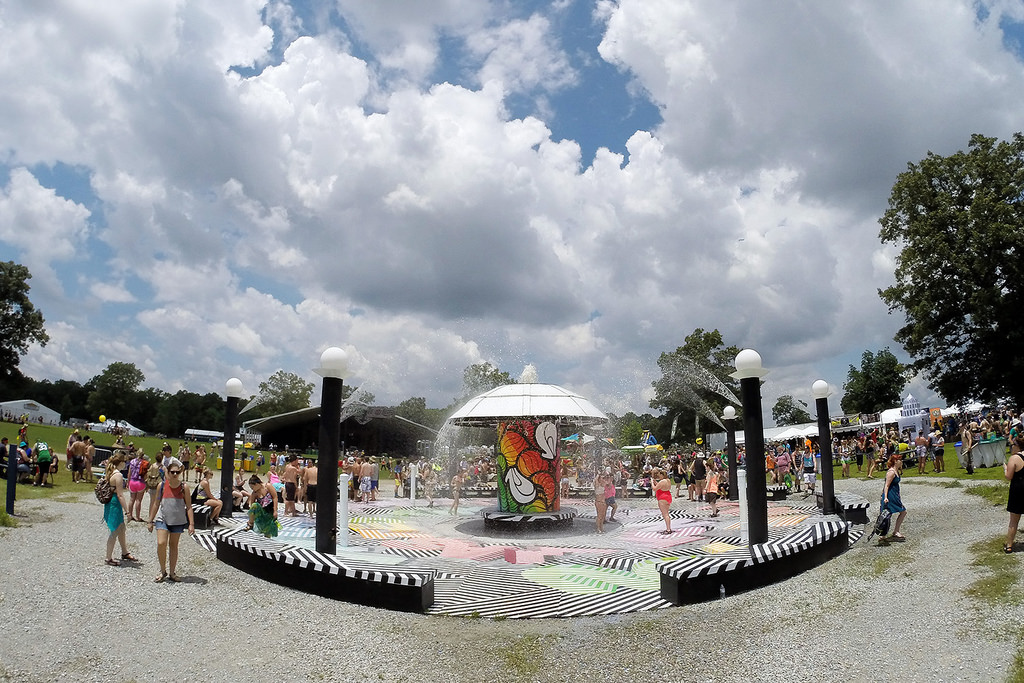 Okkervil River’s lineup has altered significantly over the many years I’ve been attending their live shows, but the constant that keeps bringing me back time and time again is frontman Will Sheff’s giving it his all at every performance. Even on the hottest day of Bonnaroo, Sheff twisted, turned, clapped, and gyrated all across the This Tent stage, turning his bright yellow oxford to a dark mustard brown. The new songs off “The Silver Gymnasium” are not as peppy as live standards like “Black” and closer “Unless It’s Kicks,” but they’re no less winsome.

Probably the most dangerous set one could attend at Bonnaroo this year, and not due to the music (which was excellent). A humid 80+degree temperature along with a complete lack of clouds shielding the Tennessee sun led more than a few to take refuge elsewhere, while those who remained for the British rockers’ set moved a great deal more sluggishly than one typically would at an energetic Monkeys set. Still, it was easy to see why the group has achieved headliner status since their mega-hyped debut in 2006. Frontman Alex Turner exudes a confidence right up there with his Brit-rock predecessors Jagger, Gallagher, et al, and the strength of his band’s catalog was apparent in the many heat-exhausted fans’ commitment to singing along anyway.

Bluegrass isn’t necessarily my strongest suit of music knowledge, but from my experience on Saturday night, a Superjam provides such endless possibilities that I couldn't pass up another one. Actor Ed Helms led the charge here, leading the collection of musicians from the Avett Brothers to Dierks Bentley to quite a few I wasn't familiar with in renditions of Gnarls Barkley's "Crazy," John Prine's "Angel from Montgomery," and the finale "(I've Had) The Time of My Life" that arrived so close to the end of the festival, it couldn't help but feel like a bittersweet farewell to Bonnaroo itself.

This was Elton John’s first American festival appearance, and he didn’t waste a minute of it with any long-winded rants. Ben Folds made a surprise appearance for a newer song, but mostly it was classic hit after hit (my only complaint is he left out “Daniel,” of course). With the volley of these universal tunes, Sir Elton goaded on sing-alongs as each festivalgoer slowly felt the weekend coming to an end. It was an attestation to the festival organizers ingenuity in booking John to close out a weekend of music that with each year appeals to more and more fans of the art regardless of age, genre, or whatever it is we all go back to after the music stops.