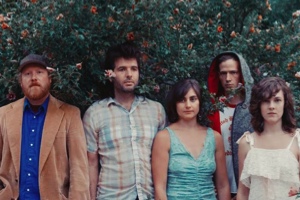 (Photo: courtesy of the artist)Another sad day for local music following the break up of Thee Dang Dangs earlier this week: Denver chamber pop group Princess Music has announced via their Facebook page that they will call it a day after two final performances, one of which is Tuesday, July 8 at 2524 Emerson St. in Denver.

The final show will be announced sometime later this summer.

It has indeed been an exceptional last 4 years of getting the privilege to play for such wonderful fans alongside such impeccably talented and lovely musicians. However, I'm sad to say that the age of Princess Music is drawing to a close....

For as short of notice as this may seem, we would love to see as many of you as possible come out for one of our final hurrahs together as a band. Thank you endlessly for your unwavering support and love over these years.

Princess Music manager Mark Mann emphasized this was a labored decision on the part of Ludwick which feels extremely bittersweet.

Mann also ensured that we have not heard the last from the members of Princess Music. Ludwick is currently at work on new material to be released via his next musical project. He's also been building a home studio with the goal of having "no restrictions" in recording his music.

We had the group in our CPR Performance Studio twice during their four-year lifespan. Watch a video highlight from the sessions below: