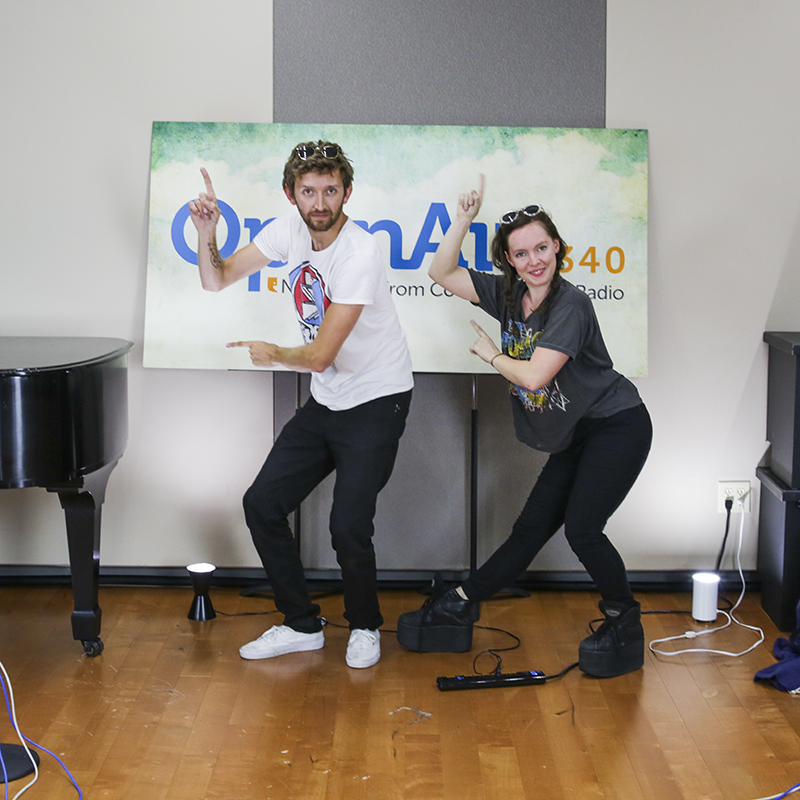 The band is a collaboration between Amelia Meath of Mountain Man and Nick Sanborn of Megafaun: the former provides warm, earthy vocals while the latter accommodates with synth soundscapes. Together they craft sharp, bouncy electro-pop that proves to be more than the sum of its parts.

We welcomed Sylvan Esso into the CPR Performance Studio last month in between two sold out performances at Denver's Hi-Dive. In addition to performing three tunes from their debut album, including "Coffee," the duo chatted with Scott Carney about their newfound fame, entertaining each other with "terrible" jokes and puns, and their upcoming headlining European tour.