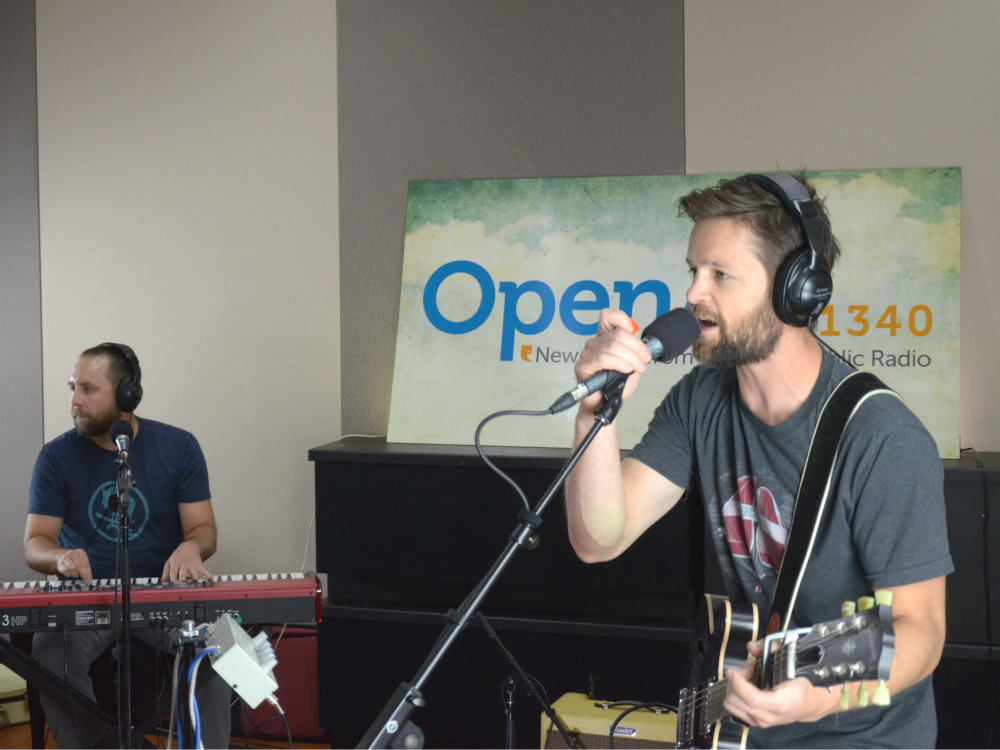 (photo: Merne Judson III / courtesy of the artist)The members of Denver band Strange Americans have been anticipating the release of sophomore effort "That Kind of Luster" since we hosted them in the CPR Performance Studio this summer.

Unfortunately, they had to anticipate it just a little bit longer after the delay of their album release party was rescheduled from Sept. 12 to Saturday, Sept. 20.

Nevertheless, the Americana five-piece is prepped and ready to unleash the follow-up to debut full-length "A Royal Battle" at the Bluebird Theater with fellow locals The Knew and Josh Dillard & The Streaks of Lightning.

We spoke with members Matt Hoffman and Trent Nelson about the band's newfound rock sound, playing four hour live sets, and why they choose to record their albums the old fashioned way.

Your record release show was recently rescheduled from earlier this month to Sept. 20. What were the circumstances behind the move?

Matt Hoffman: About a week before the show we got a phone call from AEG saying that there was a lot of shuffling of bands and venues due to a last-minute change involving an outdoor festival moving to an indoor venue. Basically the situation trickled down to Bluebird, which needed to be offered to a band that couldn’t use their scheduled AEG venue.

Last year you won Westword’s “Best Roots Rock” group award. That moniker can be a fairly blanket term: what do you find are the “roots” of Strange Americans’ sound?

I think the roots of our sound are all a part of our experiences and where we're from. We've all been playing in bands and listening to music for a good majority of our lives - and obviously the mixture of all these backgrounds and experiences pool together into what makes us who we are.

MH: I would say some underlying themes to our creative process are honesty in musical and lyrical ideas, and a balance of tradition and innovation.

We tend to draw inspiration from older bands like The Band, The Rolling Stones, Neil Young, Tom Petty and others, as well as newer bands like My Morning Jacket, Ryan Adams, Centro-matic, Water Liars, Strand of Oaks, and tons of others. There’s probably an artistic/aesthetic side to tone and instrumentation in those influences, and we definitely appreciate accessibility but not at the expense of creating something new and unique.

You’ve said that “That Kind of Luster” is a different kind of record than its predecessor “A Royal Battle.” What can we expect in terms of new elements to your songs?

MH: I would say that the first noticeable difference is the tone color palette we used on each record is different; "A Royal Battle" is pretty classic in its tone, very recognizable guitar tones, keyboards, vocals . . . it explores that part of tradition that is important to us. "That Kind of Luster" experiments a bit more with guitar tones, some more innovative keyboard sounds, a little bit more adventurous and unique in that respect. But still hopefully rooted firmly in those classic influences.

Secondly, the overall energy of "That Kind of Luster" is more rock and roll: with a few exceptions, it’s 42 minutes of pretty non-stop, upbeat music. "Battle" has a bunch more mid- and slow-tempo tunes. Who knows what the next group of songs will do . . . ?

TN:  Another difference in the record is our new drummer, Michael. He came on board when we first started the record, so he drummed on nine of the 10 songs. In regards to the sound, we've definitely received a better level of comfort in the studio since the first record. We pushed ourselves a little harder on the arrangements, spent a little more time finding the right tones for each song, and also experimented with some new sounds/setups i.e. running guitars and keys in stereo.

As Matt said, the batch of songs in this album definitely have a more driving, upbeat theme to them. As we were making this record, there was definitely a certain energy in the air while playing these songs -- we feel this energy was well captured in the end.

In your recent CPR performance session you detailed playing three or four hour sets around Colorado. How does a young band with a couple records to their name fill out a lengthy set?

MH: We definitely have a bunch of cover tunes that we use to supplement original material. There is also a handful of original tunes in the regular live rotation that haven’t appeared on a formal release yet. That all coupled with our placing importance on being able to draw certain parts of songs out depending on the performance situation helps fill those longer nights.

TN: We have a fairly large number of original tunes that haven't been on many recordings, but were written early on as a band. We tend to sprinkle some of these into the set, along with some of the cover tunes that Matt mentioned and our set fills out pretty quick.

We will never be a cover band (maybe a Boston tribute set one day?), but we really do enjoy learning other people's music, for our growth both as musicians and as a band. There's always something to learn and educate ourselves on, so we enjoy picking apart these songs, trying to get into the heads of the people who wrote/played on the songs, and then putting our own spin on them.

The band prefers to record its records together as a live band, rather than as individual parts that are mixed together afterwards. For Strange Americans, what are the advantages and disadvantages of this technique?

MH: The main advantage of recording live or semi-live is that you’re attempting to create that in-the-moment element that live performance inherently has, but that some studio albums don’t capture. To us, that dynamic energy and aesthetic is really the heart and soul of music and why so many people love music.

The disadvantage is that you may have more human error in the performances, less that is polished over by trying to be perfect either by tracking separately or by “fixing” things with digital technology. But we’d gladly sacrifice the minutia for the bigger picture and energy of a record.

TN: We always play better when more of us are together at once - as Matt mentioned, it's the in-the-moment element. It's the ability to look at each other, see what everyone's doing, and feel the song in it's full form. Oftentimes when a solo or part is done live, and we return to over-dub the part with an improved one, we tend to go back to the live part. It's just something about the feel on the fly.