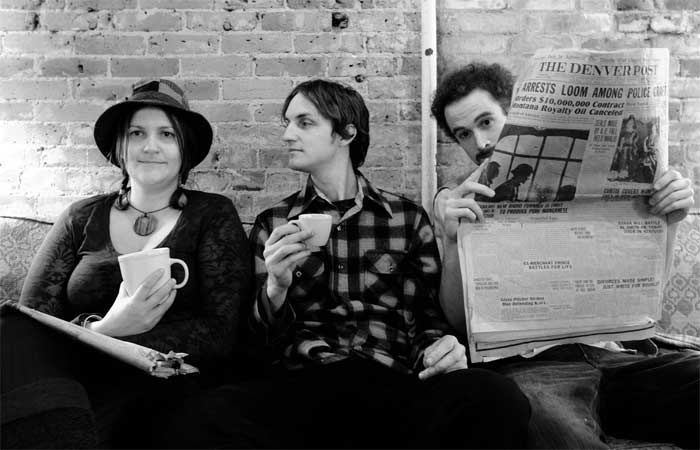 (Photo: courtesy of the artist)Chimney Choir returned to the CPR Performance Studio last week in preparation for "The Launch," the Denver band's upcoming two-part show at Syntax Physic Opera on Oct. 3 and 24.

"The Launch" will kick off Chimney Choir's fundraising campaign for a new album. It has been described as "A Post-Western Sci-Fi Mystery Thriller Dream Sequence In Hopes to Benefit and Raise Monies for the Creation of a new album by Chimney Choir."

The band debuted some new music during the visit, and spoke with Mike Flanagan about the history and progression of Chimney Choir, experimenting with performance art in live shows, and what to expect at "The Launch" on Oct. 3 and 24.

Stream the session and 2 bonus tracks above, and download the new Chimney Choir song "Motion" as our Download of the Week.