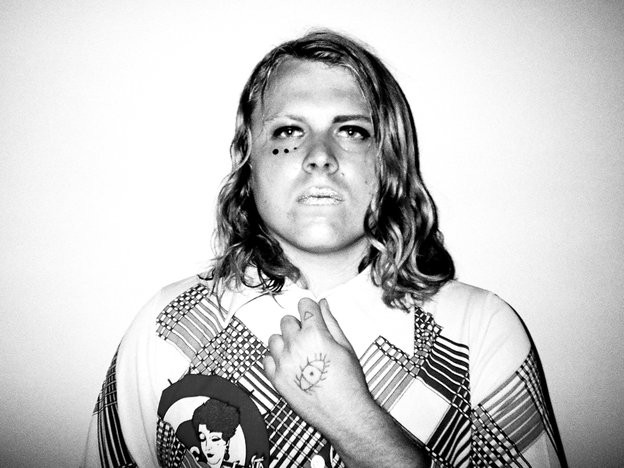 (photo: Denee Petracek/Courtesy of the artist)For those curious about seeing Ty Segall live, they should know his concerts are abrasive, crude and everything you want from a rock n’ roll show. His sold-out appearance at the Bluebird Theater on Sept. 26 lived up to the expectation.

Last month, Ty Segall released “Manipulator,” an ambitious double LP that received some of the strangest criticism/praise this year.

Ty Segall and the Manipulator Band landed in America from Jupiter and have embarked on a North American/European tour through November. The tour is a business venture spearheaded by Big John, who wears a three piece denim suit, topped with a fresh cowboy hat and slick mustache. He discovered the Manipulator Band in outer space and brought them down for our enjoyment (and because the conversion rate of American dollars to Jupiter is advantageous).

I couldn’t make this up.

After their strange introduction, the California band got down to work, powering through nearly every track from the new album. Each track was as powerful and booming as the last.

After playing “The Faker,” the band all turned around to a square flag with an ornament that looked like an “I” and an “O” placed over top each other. A salute and tribute to the homeland the band must make at least five times a day, according to Big John.

“We’ve been in Jupiter for a long time,” Segall said.  “Not used to the gravity here.”

Segall was clad in a black sweater and white pants with stitched in black moons and stars. He dons metallic blue lipstick and strategically placed dots below his left eye. Not only is this rock n’ roll, but he’s entering the glamour rock realm.

About three fourths into the concert, Ty and the band pulled out some tracks from his earlier discography, including the song “Finger” from the album “Melted,” and “I Bought My Eyes” from the album “Slaughterhouse.” He closed with “Wave Goodbye” from the latter album, and somehow managed to crowd surf up several levels of the venue.

During the encore, the Manipulator Band turned into a Creedence Clearwater Revival cover band and the played “Bad Moon Rising” and “Suzie Q” before closing with an original track.

Something about Ty Segall’s garage/surf/psych rock, or whatever it begs to be called, stirs up the purist within. To shun all the technological comforts of home and work; to dust off the record player or listen to the radio; to do something fleeting that can’t be bottled up and digitally accessed; to do something that can be recalled upon when the moment is right.

A Ty Segall show is out of this world. Pun intended.

Honorable mention: The review would hardly be complete without a sentence about opening act La Luz. The 2013 album “It’s Alive” is a psychedelic, surf-rock journey through the mind. Playing live, they easily draw in the crowd by their talent. Expect great things from them in the future.