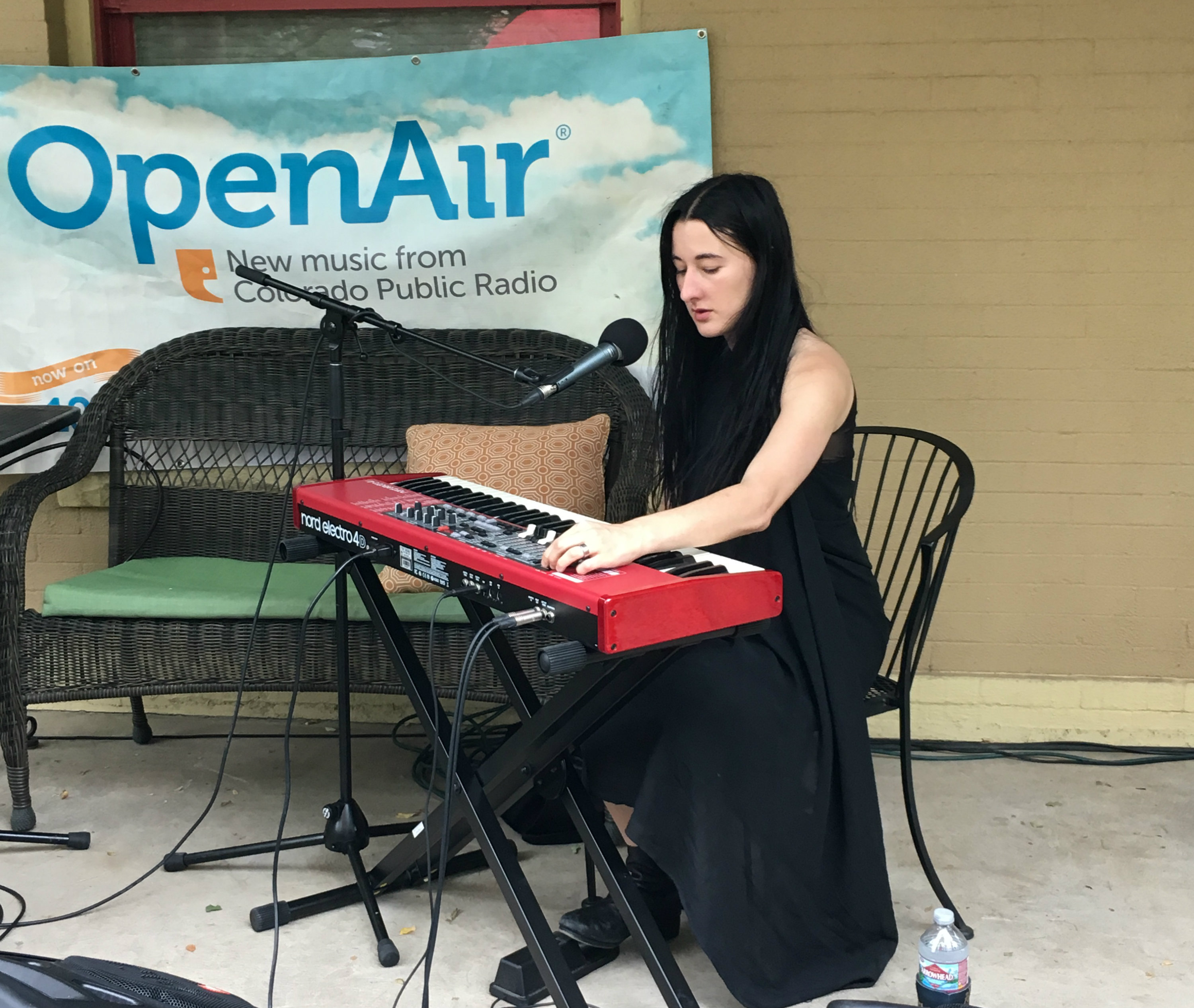 The past weekend's Underground Music Showcase featured more than 300 performances from independent musicians. During the four-day festival, CPR's OpenAir filmed and recorded 10 one-of-a-kind sessions filmed on a porch in Denver's Baker neighborhood, where the UMS took place.

The Porch Sessions featured Colorado acts like Brent Cowles and Kitty Crimes along with Wisconsin-based experimental pop artist and UMS 2017 headliner Zola Jesus. These musicians performed and spoke with CPR's OpenAir hosts about their latest music and memories from previous UMS years.

We broadcast the sets live on our Facebook page throughout the weekend. Viewers chimed in with questions and comments, which our hosts shared in real time.

The Denver artist kicked off our Porch Sessions with a few songs, including one dedicated to the late Colorado musician Tyler Despres.

The jazz-funk collective usually features more than 10 members, but only had to fit four on the porch for this stripped-down set.

Our Porch Sessions concluded on Saturday evening with an indie-pop set from Porlolo -- featuring guests Ben DeSoto and Anna Morsett of The Still Tide.

The Denver singer-songwriter played one of the louder sets for the Porch Sessions with a full band to back his folk-influenced rock.

The Denver trio brought serene ambient pop to the porch and talked about the "visceral" sound of its forthcoming new record.

The new Denver trio -- which features members of Super Bummer and Panther Martin -- played some charming indie rock and discussed its origin story.

The Denver surf-rock quartet played some music from its forthcoming record "Garbage Plate," named for a beloved restaurant in Rochester, N.Y.

The Denver band dedicated its Porch Session to the memory of late bandmate Kyle McQueen, who produced its "Love Under The Sun" EP.