The Denver Post reported Wednesday that Colorado added more than 77,000 residents this past year, bringing its total population to just over 5.6 million as of July 1.

The influx of residents was lower than last year, when the state's population increased by 90,000. The jump was even bigger the year before, at about 100,000. 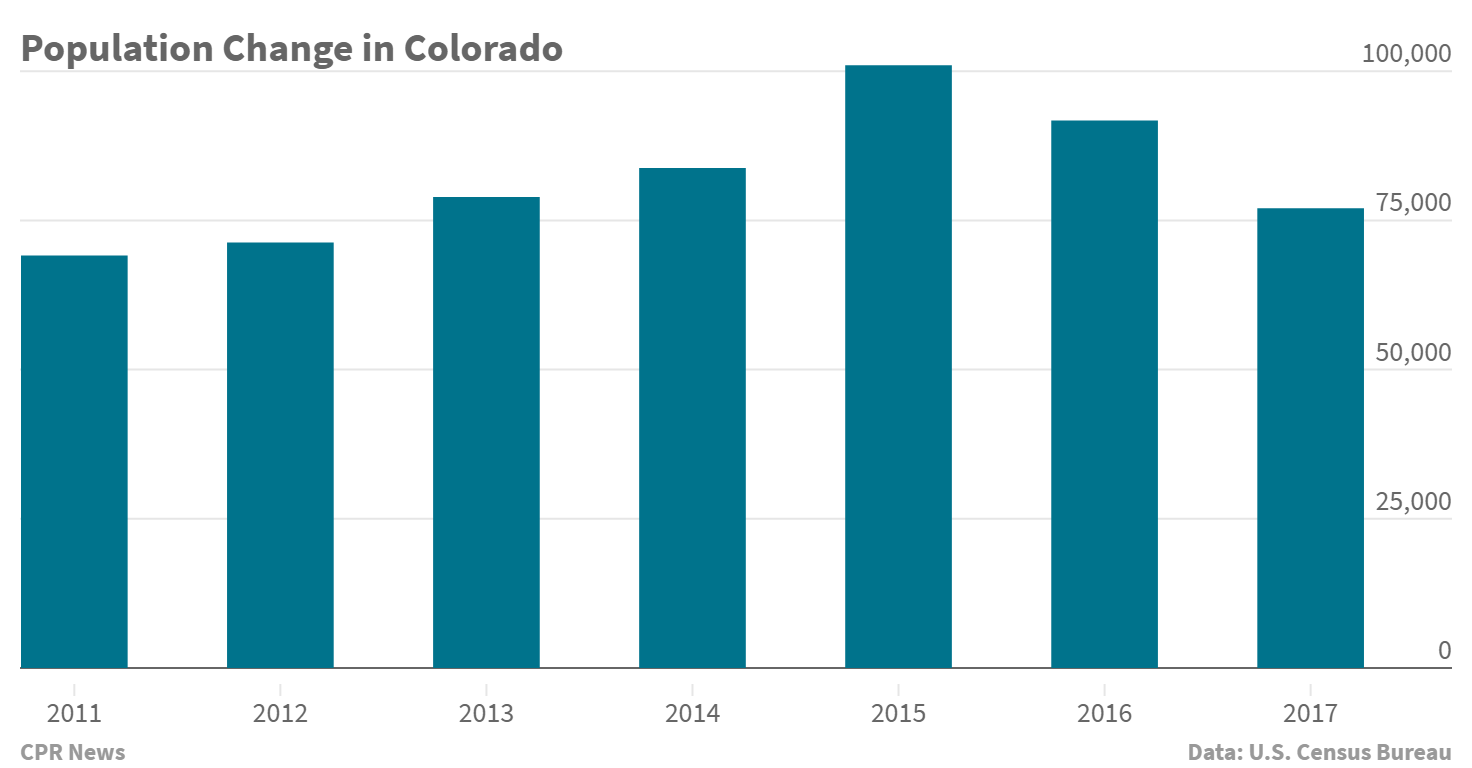 The Casper Star-Tribune reports, using the same U.S. Census data, that Wyoming lost more than 6,600 residents since the energy bust began in 2015.

About 6,000 of those residents left between July 2016 and July 2017. Wyoming's population decrease was 1 percent. That's the largest decline there since 1989.

The Census found that the states with the top population growth between July 2016 and July 2017 were Idaho, Nevada and then Utah.