A British pharmaceutical company is getting closer to a decision on whether the U.S government will approve the first prescription drug derived from the marijuana plant, but parents who for years have used cannabis to treat severe forms of epilepsy in their children are feeling more cautious than celebratory.

The U.S. Food and Drug Administration is expected to decide by the end of the month whether to approve GW Pharmaceuticals' Epidiolex. It's a purified form of cannabidiol — a component of cannabis that doesn't get users high — to treat Dravet and Lennox-Gastaut syndromes in kids. Both forms of epilepsy are rare.

Cannabidiol's effect on a variety of health conditions is frequently touted, but there is still little evidence to back up advocates' personal experiences. The U.S. Drug Enforcement Administration has long categorized cannabis as a Schedule I drug, a category with "no currently accepted medical use and a high potential for abuse." That strictly limits research on potential medical uses for cannabis or the chemicals in it, including cannabidiol, or CBD.

But for years, parents desperate to find anything to help their children have turned to the marijuana-based products made legal by a growing number of states.

Meagan Patrick is among the parents using CBD to treat symptoms in their children. She moved from Maine to Colorado in 2014 so she could legally get CBD for her now-5-year-old daughter, Addelyn, who was born with a brain malformation that causes seizures.

"My child was dying, and we needed to do something," Patrick said.

As for the potential approval of a pharmaceutical based on CBD, she said fear is her first reaction.

"I want to make sure that her right to continue using what works for her is protected, first and foremost. That's my job as her mom," Patrick said.

Some worried the company's attempt to ensure its product could be legally prescribed and sold by pharmacies would have a side effect: curtailing medical marijuana programs already operating in more than two dozen states.

The proposals generally sought to remove CBD from states' legal definition of marijuana, allowing it to be prescribed by doctors and supplied by pharmacies. But the change only applies to products that have FDA approval. 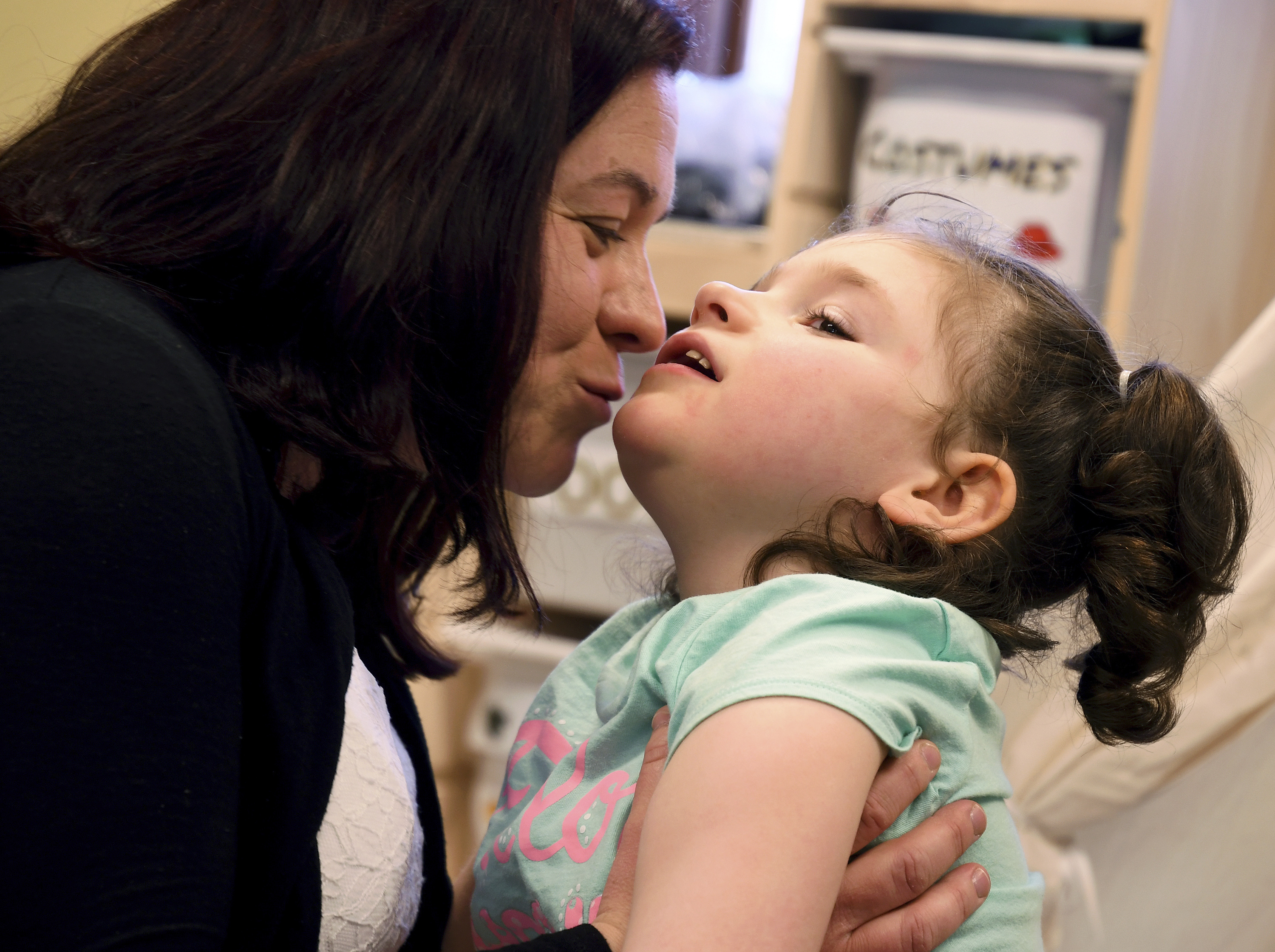 Neither Nebraska nor South Dakota allows medical use of marijuana, and activists accused the company of trying to shut down future access to products containing cannabidiol but lacking FDA approval.

GW Pharmaceuticals never intended for the changes to affect other marijuana products, but they are necessary to allow Epidiolex to be sold in pharmacies if approved, spokesman Stephen Schultz said.

He would not discuss other places where the company will seek changes to state law. The Associated Press confirmed that lobbyists representing Greenwich Biosciences backed legislation in California and Colorado this year.

"As a company, we understand there's a significant business building up," Schultz said. "All we want to do is make sure our product is accessible."

Industry lobbyists in those states said they take company officials at their word, but they still insisted on protective language ensuring that recreational or medical marijuana, cannabidiol, hemp and other products derived from cannabis plants won't be affected by the changes sought by GW Pharmaceuticals.

Patrick Goggin, an attorney who focuses on industrial hemp issues in California, said the company would run into trouble if it tried to "lock up access" to marijuana-derived products beyond FDA-approved drugs.

"People need to have options and choices," he said. "That's the battle here."

Legal experts say the changes are logical. Some states' laws specifically prohibit any product derived from the marijuana plant from being sold in pharmacies. The FDA has approved synthetic versions of another cannabis ingredient for medical purposes but has never approved marijuana or hemp for any medical use.

A panel of FDA advisers in April unanimously recommended the agency approve Epidiolex for the treatment of severe seizures in children with epilepsy, conditions that are otherwise difficult to treat. It's not clear why CBD reduces seizures in some patients, but the panel based its recommendation on three studies showing significant reduction in children with two forms of epilepsy.

Denver-based attorney Christian Sederberg, who worked on the GW Pharmaceuticals-backed legislation in Colorado on behalf of the marijuana industry, said all forms of marijuana can exist together.

"The future of the industry is showing itself here," Sederberg said. "There's going to be the pharmaceutical lane, the nutraceutical (food-as-medicine) lane, the adult-use lane. This shows how that's all coming together."

Alex and Jenny Inman said they won't switch to Epidiolex if it becomes available, though their son Lukas has Lennox-Gastaut syndrome.

Alex, an information technology professional, and Jenny, a preschool teacher, said it took some at-home experimentation to find the right combination of doctor-prescribed medication, CBD and THC — the component that gives marijuana users a high — that seemed to help Lukas with his seizures.

"What makes me a little bit nervous about this is that there's sort of a psyche amongst patients that, 'Here's this pill, and this pill will solve things,' right? It works differently for different people," Alex Inman said.

The Inmans moved from Maryland to Colorado in 2015 after doctors recommended a second brain surgery for Lukas' seizures. The couple and other parents and advocates for CBD said children respond differently to a variety of strains.

The Realm of Caring Foundation, an organization co-founded by Paige Figi, whose daughter Charlotte's name is attached to the CBD oil Charlotte's Web, said it maintains a registry of about 46,000 people worldwide who use CBD.

For Heather Jackson, who said her son Zaki, now 15, benefited from CBD and who co-founded the foundation, Epidiolex's approval means insurers will begin paying for treatment with a cannabis-derived product.

"That might be a nice option for some families who, you know, really want to receive a prescription who are going to only listen to the person in the white coat," Jackson said.