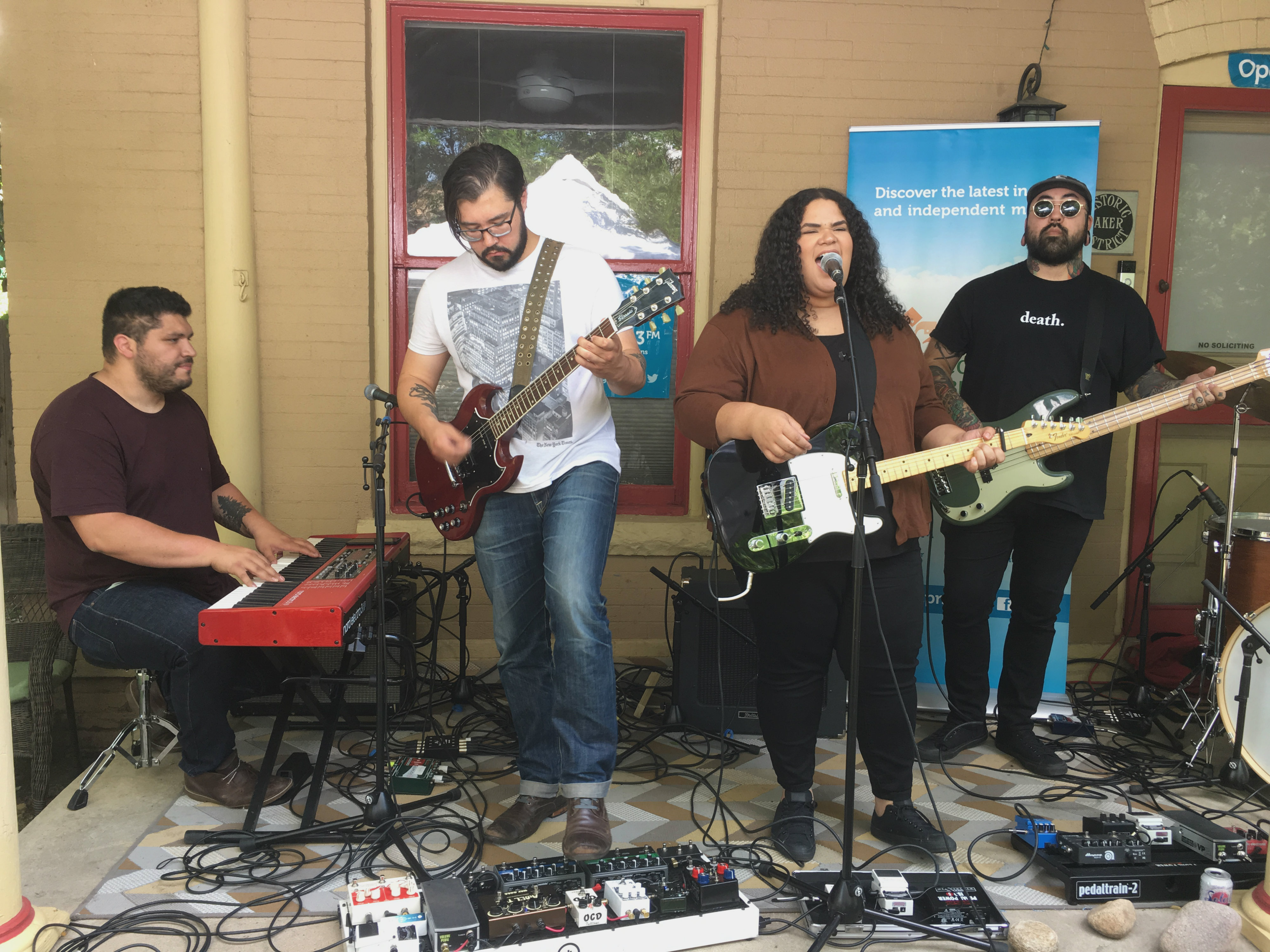 The Underground Music Showcase returned to Denver's Baker neighborhood this weekend. Before the three-day music event kicked off, we filmed another round of unique Porch Sessions close to the festival grounds.

We featured these performances and interviews live on our Facebook page Thursday. Viewers offered up questions and comments during the sets, and our hosts shared them in real time.

Watch all of those sessions below.

Chris Bowers Castillo​ split his time between Denver and Chile during his adolescence. His loop-based music as Kiltro takes cues from South American folk music. We were enthralled watching his songs come together on the porch.

Nina and the Hold Tight

This Colorado Springs group managed to fit all five of its members on our porch stage. Frontwoman Nina de Freitas and her band received praise from NPR Music earlier this year for their fiery Tiny Desk Contest entry "Salt and Blood." They kicked off their Porch Session with that song.

​Ebenezer Yebuah was born in Ghana and moved to Denver at age 10. He cites R&B and pop artists like Alicia Keys and John Legend as influences on his music as Mawule. During his Porch Session, he shared an affectionate song he wrote for his sister's wedding.