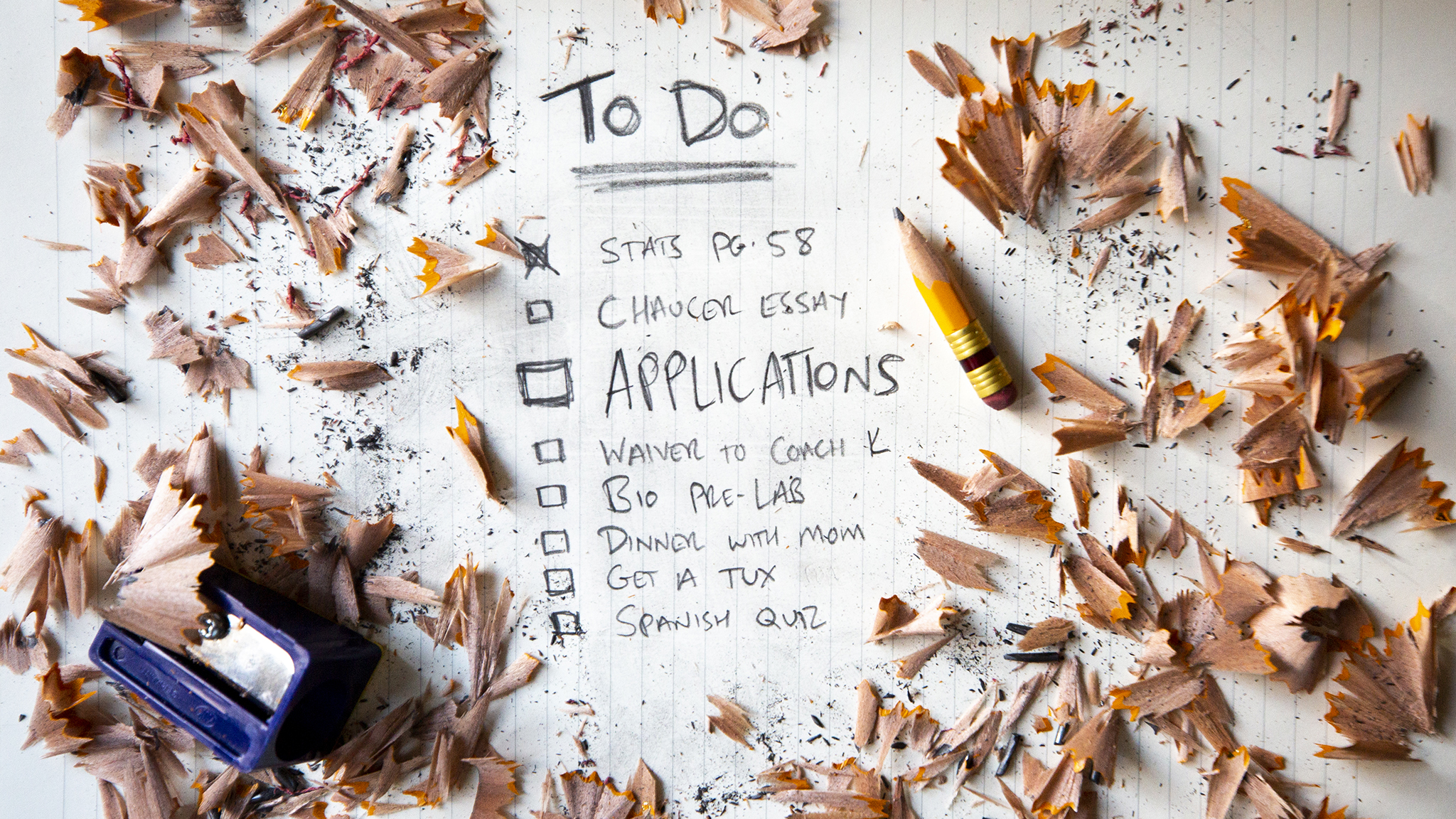 Seventeen-year-old Yessenia likes school. She likes to be around people her own age, learning new things. She likes to be independent when it comes to fixing cars, so she’s taking a class in automotive mechanics.

“I like to be independent, try new things. Not always depend on a guy, ’cause so many years of asking your father to help you with things and him always being busy. It's like, you have to do it also.”

She’d like to go to college someday and study psychology.

But Yessenia’s lost count of how many days she missed over the years.

“I’ve always been that girl that is absent at school and never really comes,” she said.

Students who live in communities with high levels of poverty are four times more likely to be chronically absent than others often for reasons beyond their control. That’s the case with Yessenia.

A typical day starts at 7 a.m., with a morning of classes. Then Yessenia goes home to check on her mom, returns to school, goes home to rest after school for 20 minutes, then works an eight-hour shift at a cardboard manufacturing plant until 12:30 a.m.

“I feel tired. I don't want to get up,” she said. “I feel like my body aches, my hands sometimes they wake up like, made in a ball or my legs just don't want to move. But it's okay. You just keep pushing forward.”

Sometimes her exhaustion keeps her from school. But her situation at home has proved a challenge, too. Sometimes she’s just arrived to school when she’d get a phone call.

“It was my mom. She didn’t feel well. She’d had a panic attack. I have to be there and if I’m not there, I feel guilty," Yessenia said. "In the past she couldn't even leave the house. She couldn't be alone at all because she was just afraid. So I was always with her.”

Her parents were divorced so Yessenia, at age 9 or 10, felt like she was the only one who could comfort her mom during panic attacks, make her feel safe. She missed a lot of school. Her mom wasn’t able to work then, so “sometimes there would be times that we didn't have light, sometimes we didn't have water.”

They moved to the Montbello neighborhood in northeast Denver during her high school years where she says she struggled academically. In high school, it’s harder to miss class and not have it catch up to you. Things went downhill. She went to Collegiate Prep Academy and “I started missing and missing,” she says.

She was missing so much school, she thought she’d never catch up, so just started working.

She’d bring her mom into her work so she could feel better. School became secondary.

“I started working because I want it to be more, like, independent. I wanted to learn how it is to earn money because of your own hands," Yessenia said. "But my parents never asked me to start working. My mom has even told me ‘Leave the job, leave work to focus on school.’ But now as a teenager, it's like, how do I leave work and ask you for money?’”

She switched to Montbello Career and Technical High School but dropped out after a month.

“I felt this feeling of ‘I wasn't going to make it.’ I wasn't going to graduate. I wasn't going to be successful. I fell into a depression and I would cry because I didn't want to turn 18 and until this day, I'm still afraid of it," she said. "I was just always so scared and my mom would be, ‘School will fall in place. It’s okay. God will always give you an opportunity.’ And I was like, yes, I understand.”

Yessenia took classes in the summer and re-enrolled in school. That’s the kind of flexibility the school affords.

“I knew that the staff and everybody here understood,” she said.  “They always have my back.”

Yessenia’s been trying to show up to school, even when a grandparent got ill, which caused more stress.

But there are still hard days for her mom.

“Yesterday was a tough day for her. We cried together… she had really bad panic attacks and when I hug her she always says that she loves me and that she’s sorry. I'm like, ‘Stop being sorry.’ We have such a close connection that we say everything to each other," Yessenia said.

Some days, it feels like everything’s falling on top of her. Yessenia says to other teens who might be in a similar situation, “You just need to grow some arms and push through all of that. Your parents also see you are suffering and they feel guilty because of that. They know that they can't do anything else. And they try to help us as much as possible.”

Her brother dropped out of high school two months before graduating.

Yessenia says it would be a great honor for her mother if she graduated.  Her mom has helped her get through things, like a depressive spell, and tells her not to be scared.

“She's like, ‘It's okay. You are a strong, independent woman. You know what's good for you. You’ve always been a great daughter," Yessenia said. "I don't doubt that you're going to be something special in this world. You already are and I'm already proud of you. Even if you don’t graduate or you’re not a professional, I’m always proud of you.”

Yessenia talks more about her fear of turning 18, which is weighing heavily on her.

“What if I’m nothing, what if I don’t become something? It’s like what are you going to become? What is this girl of 18 going to be? Because after 18 your teen years are almost over and you don't proceed after that. And it's like that fear of ‘Really this is going to be over for me?’

“This is my teen years. My high school years just went flying. What’s it going to be of me? What am I going to do?

“And it's just this fear like, ‘you're not going to be anything. Stop trying.’”

She listened to her own worst fears and stopped trying — dropping out of school in late November. But the school has allowed her to enroll in an online course this semester.

Because, as her counselor, who calls Yessenia “brilliant,” says: “She’s so close.”