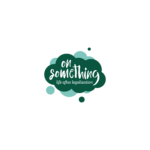 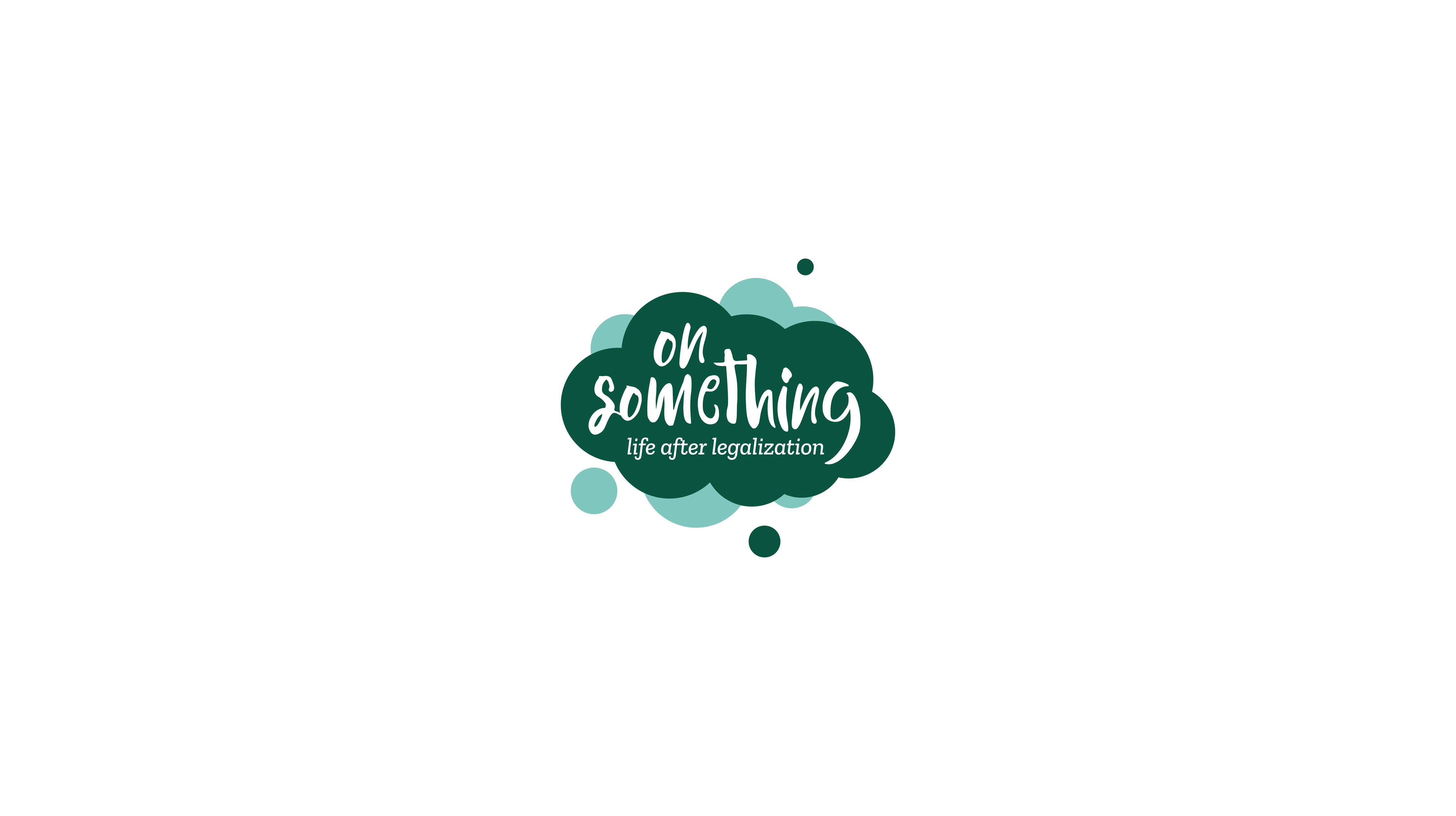 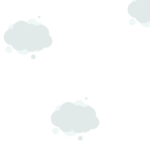 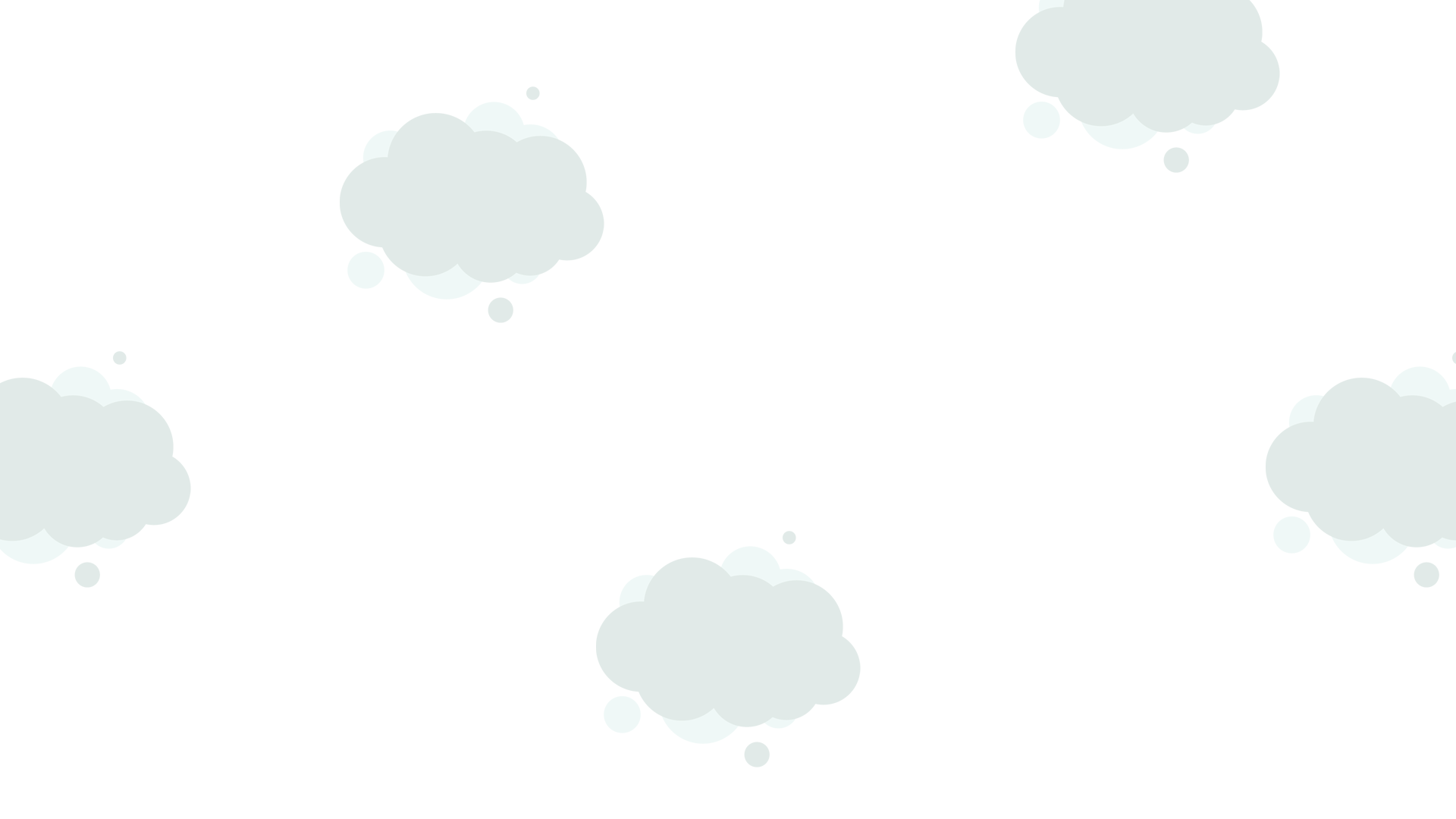 We’ve been at this legalization thing for a good while now — no matter when you start the clock.

California was the first medical cannabis domino to fall in 1996, and Colorado was the first recreational one in 2012. By now, legal weed is a lot of things: it is lucrative, trendy, ubiquitous — but it is not, by any stretch, fair.

For this third season of On Something, in light of everything that happened in 2020, we decided to zero in on efforts to make legal weed — and legalization as a whole — more equitable.

We called this season Fair Shake for a few reasons. One, because it’s catchy. Two, because almost everyone knows the expression. The third reason is a little silly. Shake is the weed left at the bottom of the container when all the good stuff is gone. This season is about whether everyone gets a Fair Shake, or if some people are just left with shake.

Most of the people who reap the benefits of legal cannabis are white and wealthy — a far, far cry from the typical profile of a person criminalized for cannabis in America. Black people and people of color are still more likely to serve prison time or carry a criminal record related to cannabis.

Is the War on Drugs really over, or is legalization just another chapter in this saga? In this brave new world, is it really possible for those hurt most by the drug war to get a Fair Shake?

Here are a few of the voices we heard from grappling with those questions. 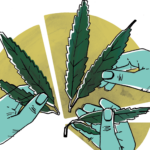 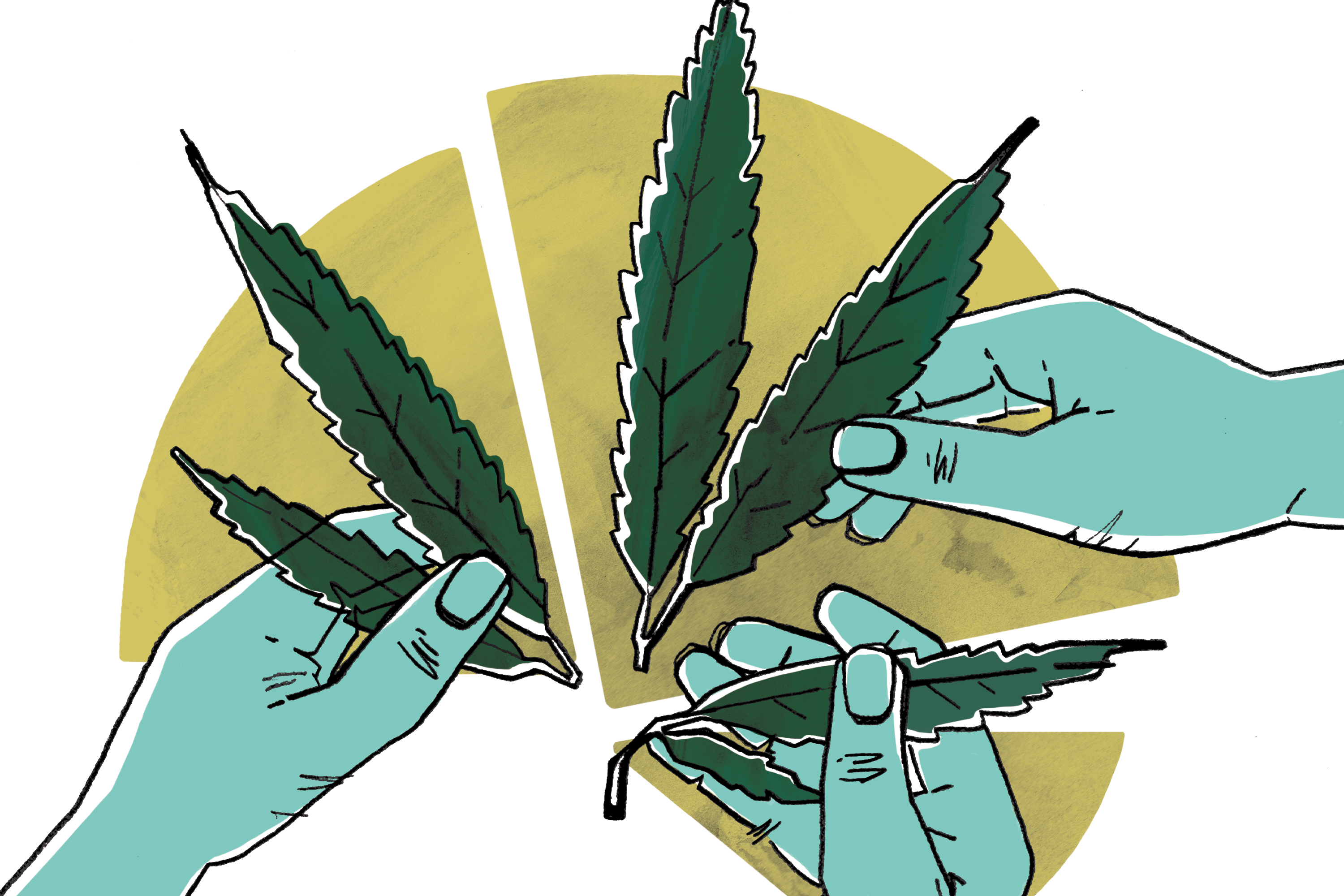 A Laboratory For Fairness

Sonia Erika did not arrive at cannabis activism by any of the traditional routes.

When she first arrived at Harvard, she was undocumented. And while she was inspired by immigration activists to take up that cause, she felt herself become quickly demoralized.

She felt like the immigration battle was already lost — America’s immigration system was already so irreparably broken, and as someone without papers of her own, she bore witness to that first hand.

She felt traumatized by that system, and cannabis came into her life as a medicine for that trauma. 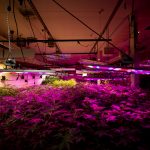 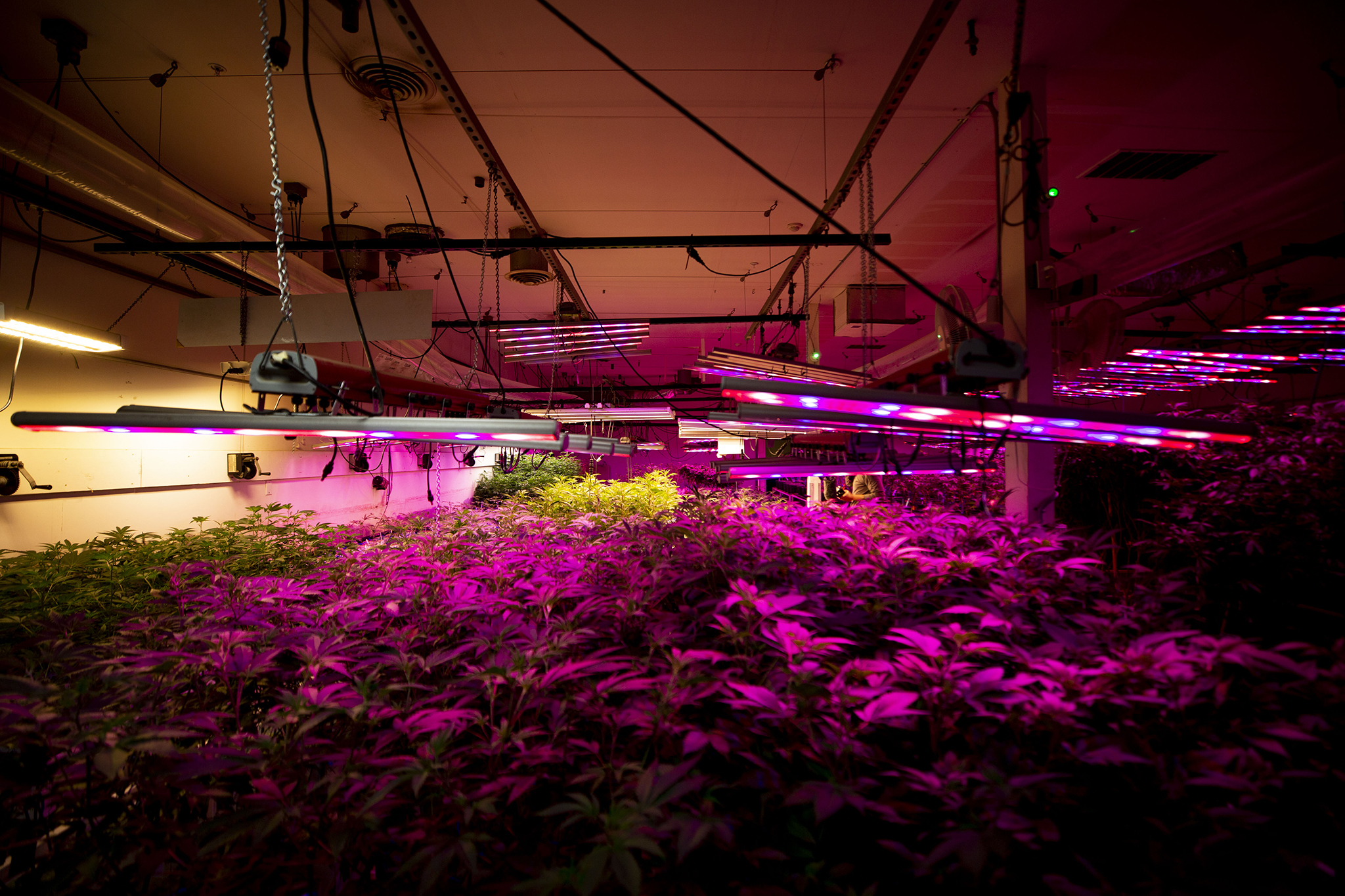 In a way, she saw a parallel between the plant and undocumented people like herself — both were valuable, but restricted in ways that profited some people and hurt a lot of others.

That’s what compelled her to become a “messenger of the plant,” as she calls herself.

Sonia was one of the activists who got Massachusetts to legalize recreational cannabis in 2016. The measure promised this would be an opportunity to address the inequities of the war on drugs.

But after that election, Sonia found herself disillusioned once again. After working to get Black and brown people into the cannabis industry, she realized that few, if any, had made it.

Listen to more from "A Laboratory For Fairness" on Apple Podcasts, Spotify, Pocket Casts or online. 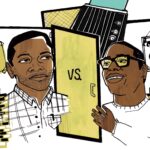 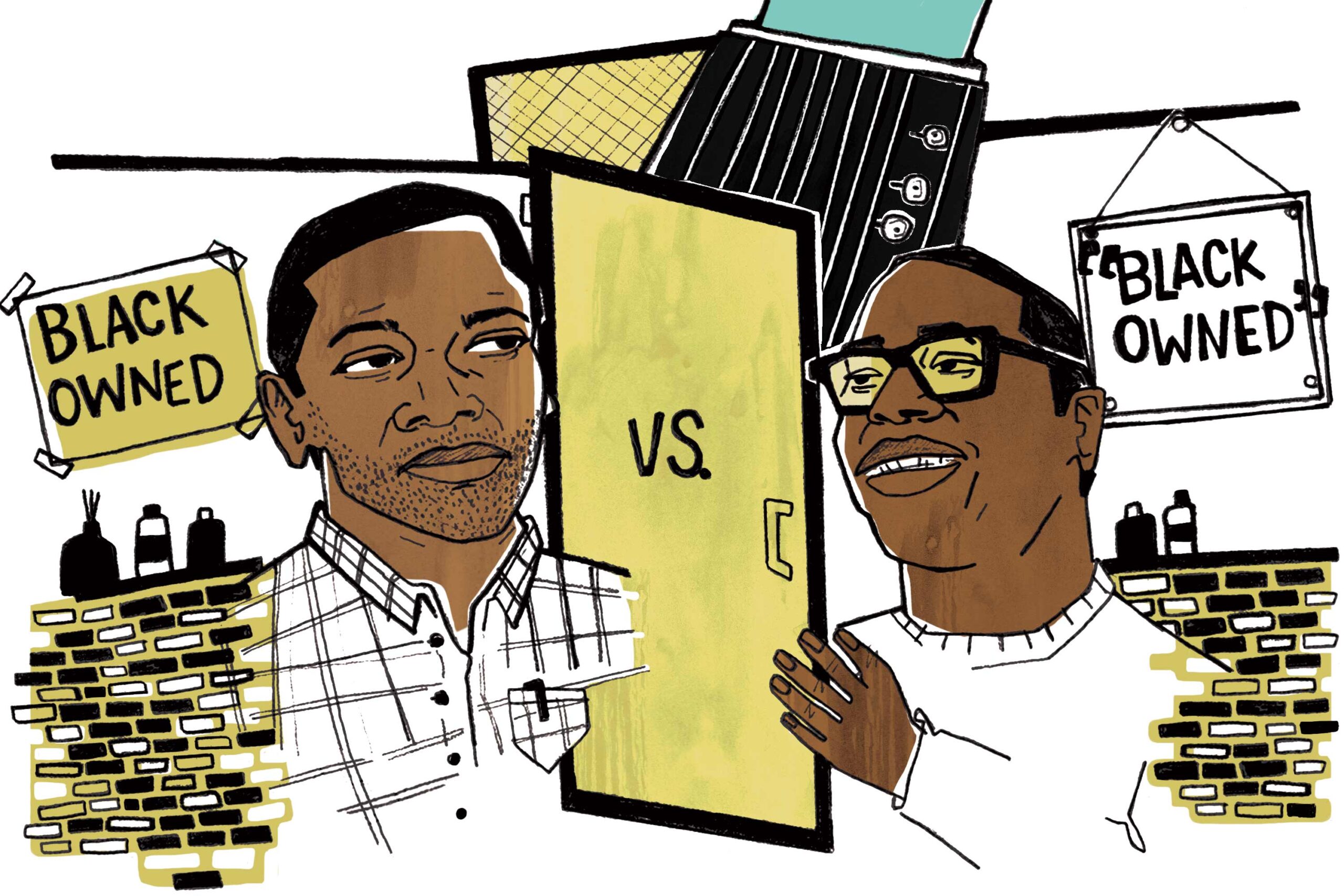 Chauncy Spencer was the exact kind of person who should get a social equity license in Massachusetts.

The program created by the state after voters legalized recreational cannabis in 2016 was meant to provide an advantage to people who were harmed by the War on Drugs.

Chauncy sold weed as a teenager in the Mattapan neighborhood of Boston and has the criminal record to prove it. If he wasn’t considered deserving of some social equity, then who was?

But as he stood in a packed room at the Mildred Avenue Community Center on a January night in 2019, he felt his anger begin to rise. 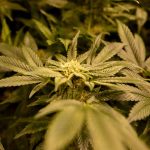 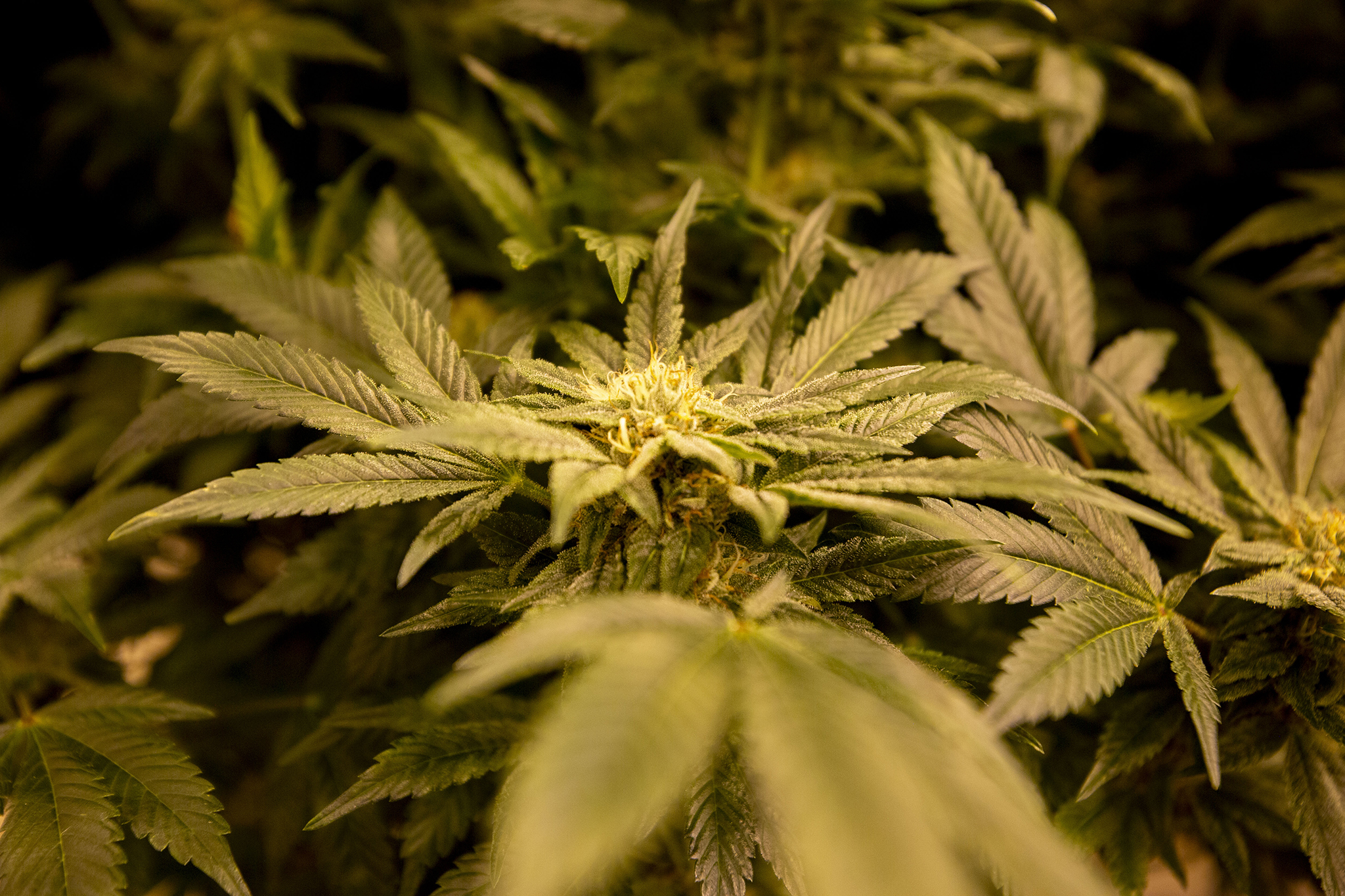 He listened to a presentation from Tito Jackson, a former city councilman now aligned with Tilt Holdings, a corporate cannabis company.

Tito was pitching social equity, too, promising to help people just like Chauncy. Except Tito was also the competition.

Not only that, he had the backing of a huge company, despite telling the room that his dispensary would be a “100 percent Black-owned business.”

For Chauncy, that was the last straw.

Listen to more from "'Black-owned'" on Apple Podcasts, Spotify, Pocket Casts or online. 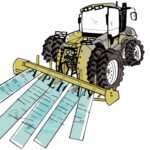 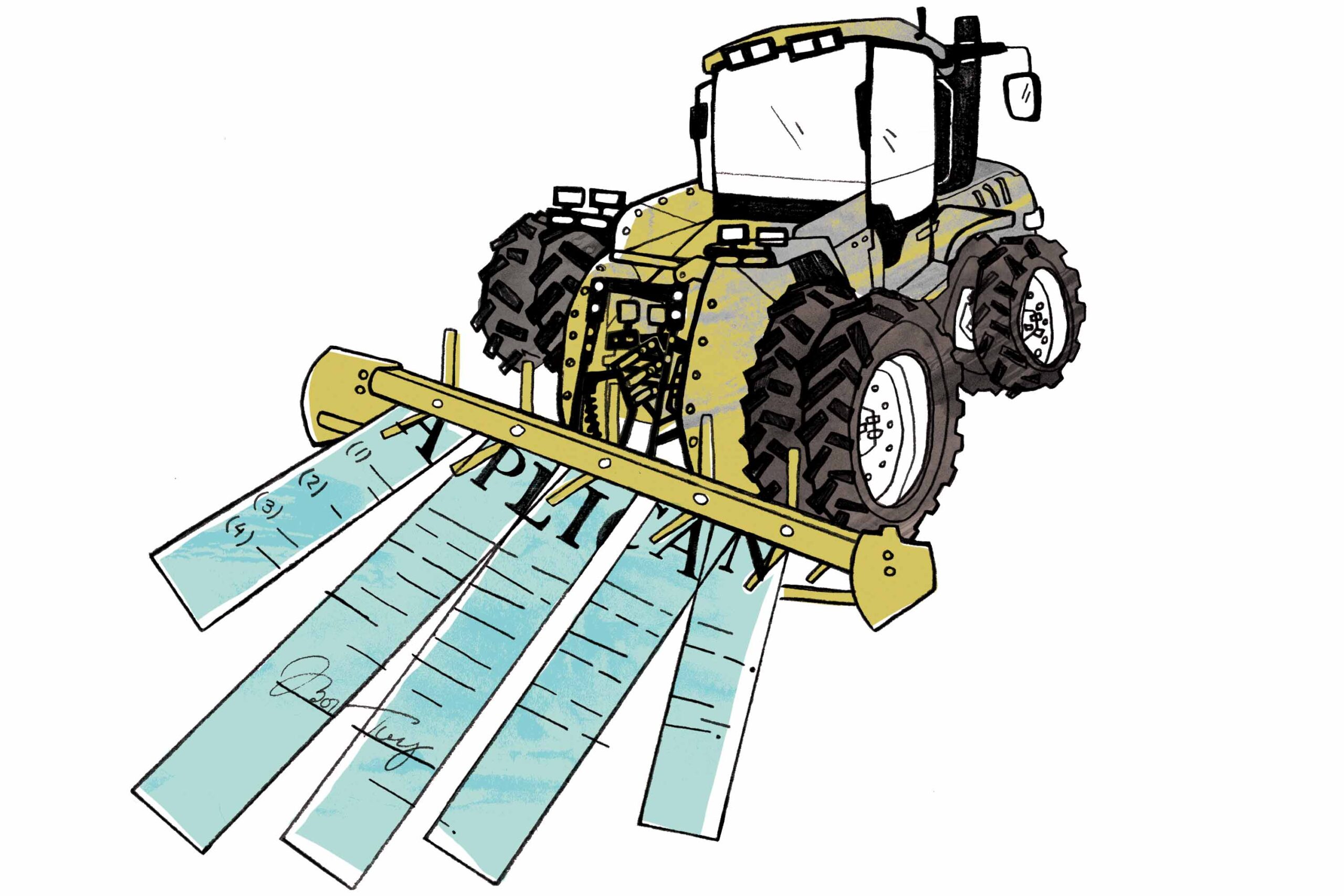 Mildred Barnes Griggs never thought that it would come to this.

She had worked in universities her whole life. She was used to bureaucracy. How hard could it be to apply for a medical cannabis cultivation license in Arkansas?

She and a handful of friends formed a dream team and sent in an application she thought was foolproof — and was part of a bigger mission. Mildred was born and raised in Mariana, Arkansas, and had returned in retirement with a desire to make a positive impact.

Since her youth, there was a steady bleed of people — particularly young people — who no longer saw a future in Mariana. 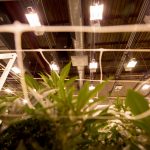 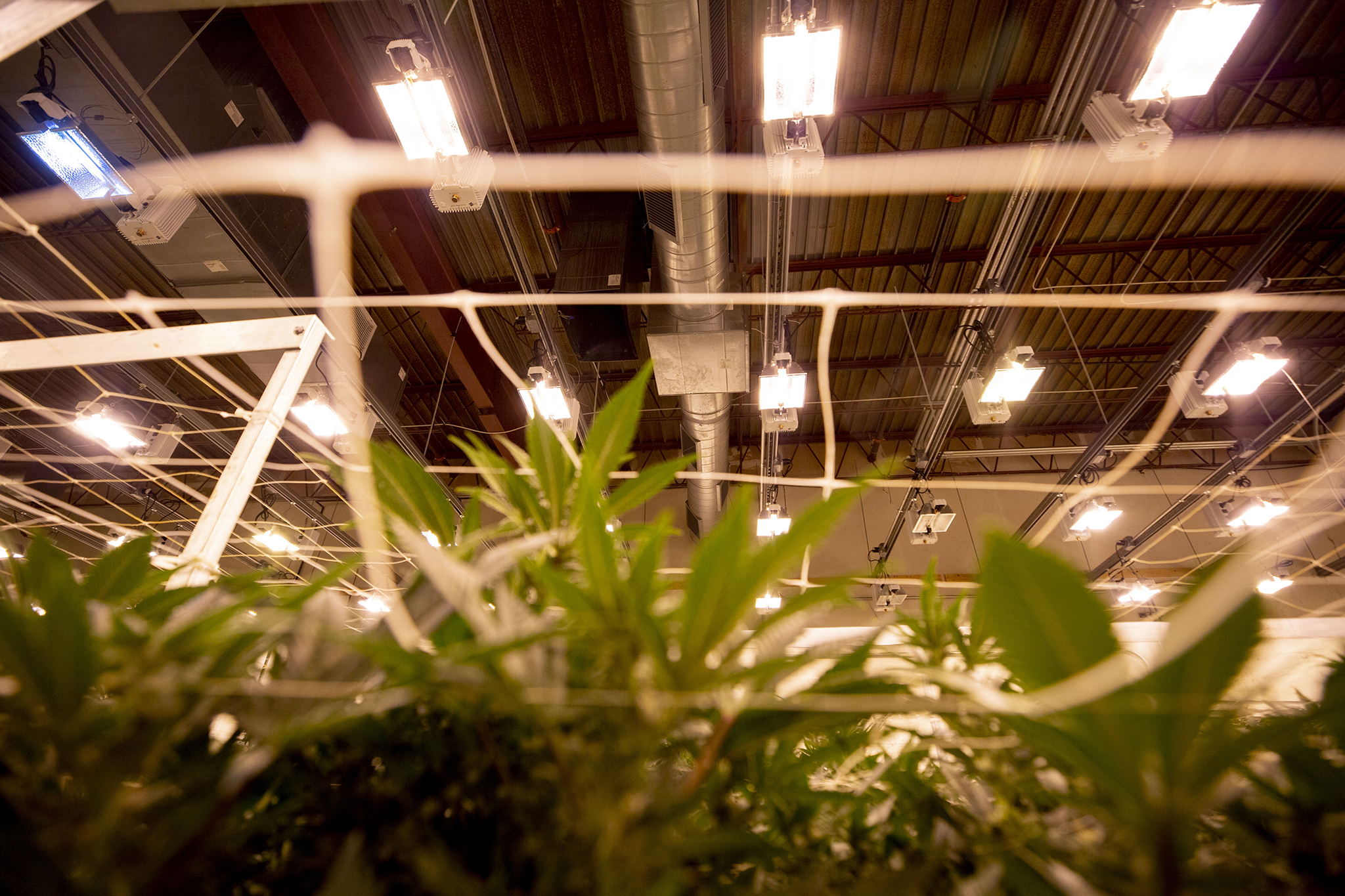 She thought cannabis could help, by creating some jobs and generating tax revenue to improve the community.

But she had no idea what she was getting into when she sent in that application.

Not only would she not end up with a license, but she would get snared in a tangled web of government shenanigans.

At the end of it all, the state just quietly returned her application fee. 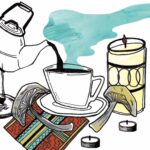 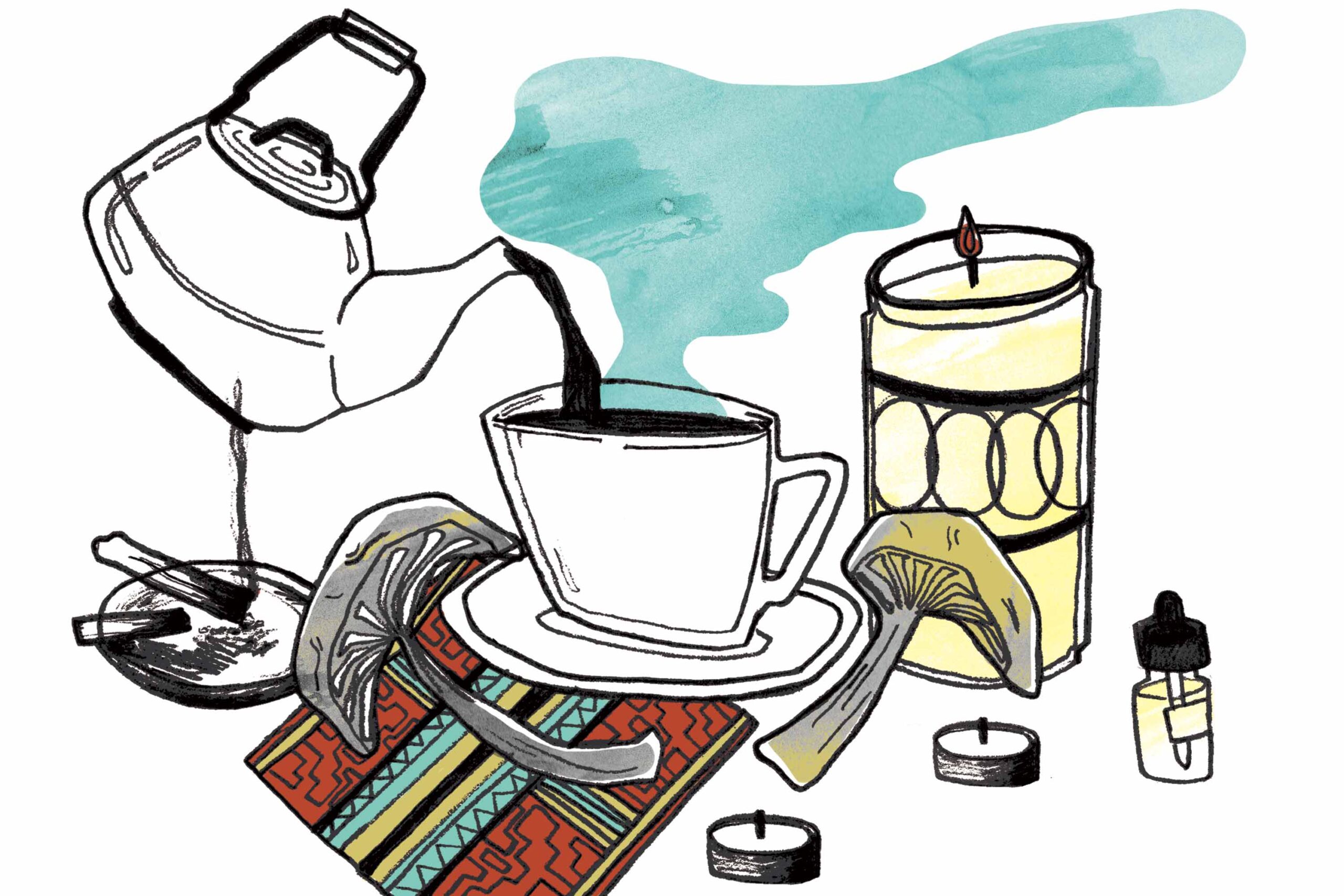 Charlotte James and Dre Wright were on different paths that were about to converge.

Dre was in a sort of second life — he had left a successful career in the cannabis industry after becoming disillusioned with how white and how corporate it had become.

Those days disappeared in the rearview mirror as he became more intimately involved with plant medicines — like cannabis and ayahuasca.

Eventually, he became a shaman, guiding people in psychedelic ceremonies. 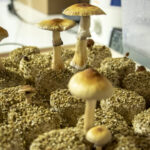 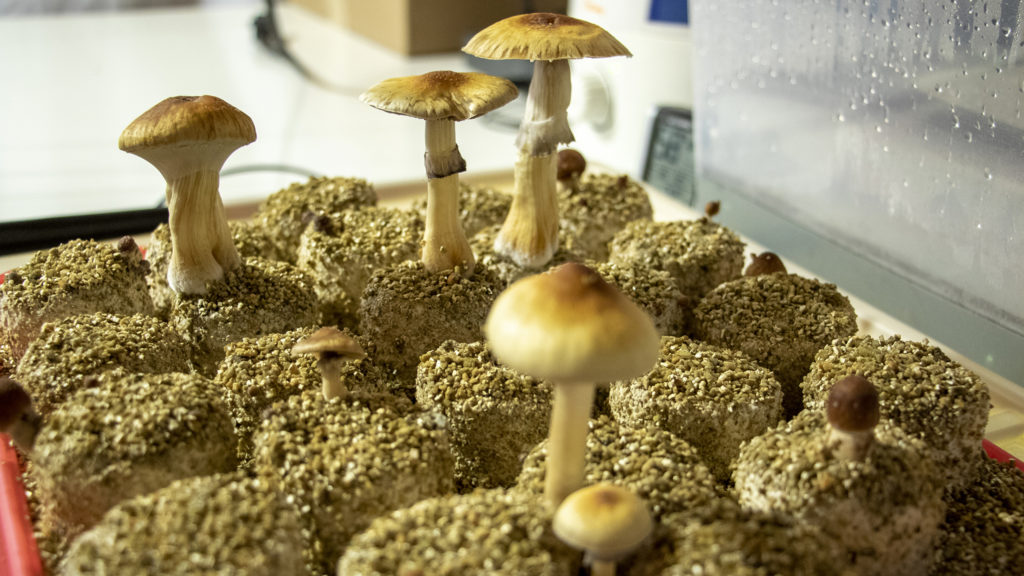 Charlotte had her own brush with the divine thanks to encounters with LSD.

One such journey, which took place on a hike in Bolivia, made her feel deeply connected with her companions and with the world around her.

She wanted to find more ways to feel that deep connection in spaces where she wasn’t the only person of color. 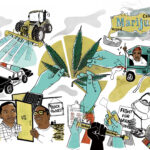 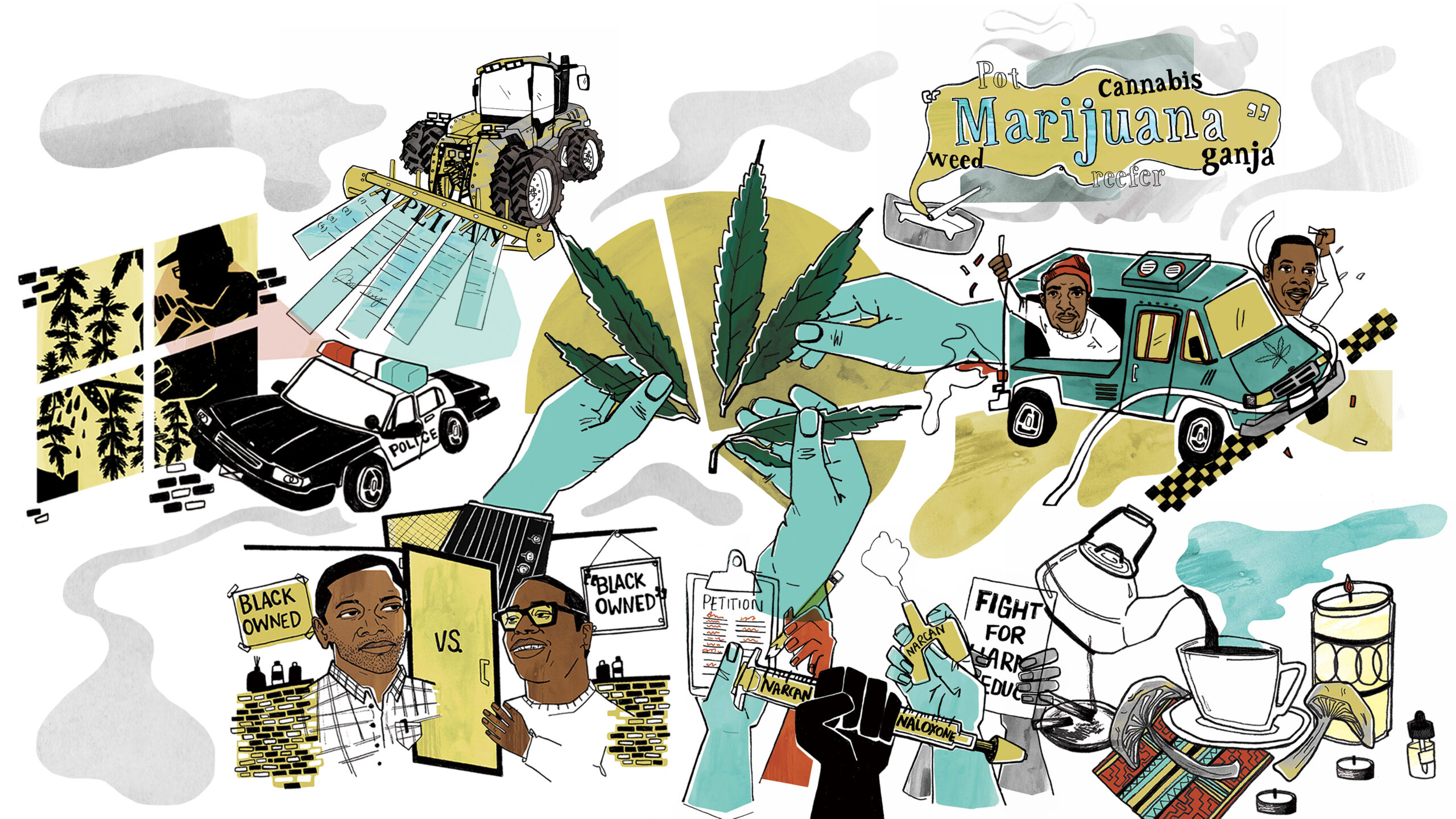 Looking Back At 'Fair Shake'

When we started On Something in 2019, we focused a lot on the patchwork of state-by-state legalization in the U.S. The spotty landscape in which more states seemed to turn green, and those in between seemed to turn a deeper shade of grey. But the big takeaway from Fair Shake is that this patchwork is starting to come apart at the seams.

The movement for social equity in cannabis is a movement to stop the drug war. But looking out upon the thriving cannabis industry across 18 recreational states and 36 medical states, it’s hard not to wonder whether America’s patchwork legalization is more of a long, drawn-out epilogue to the drug war, in which some people get to enjoy the benefits, and some do not.

From the beginning, our show has been about more than legalization. It's about the changing hearts, minds and attitudes of Americans towards drugs and people who do drugs.

But for many Americans, little has changed. For many, many Americans, cannabis still puts you at risk for police violence, or for losing your job, your housing, you name it. Legalization means an entirely different thing for the dispensary customer than it does for the father still serving a cannabis-related prison sentence.

These contradictions are pulling this patchwork apart. One has to wonder whether asking states individually to end the War on Drugs is truly a fair fight at all, considering the war was first declared by Presidents Nixon and Reagan. And while the last few Congresses have been the most pro-legalization in American history, and more Americans than ever support decriminalizing cannabis, it remains illegal at the federal level.

This system hurts people, and with Fair Shake, we wanted to make that impossible to ignore.

Listen to all eight episodes of On Something's third season, "Fair Shake," on Apple Podcasts, Spotify, Pocket Casts or online. 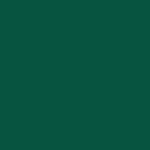 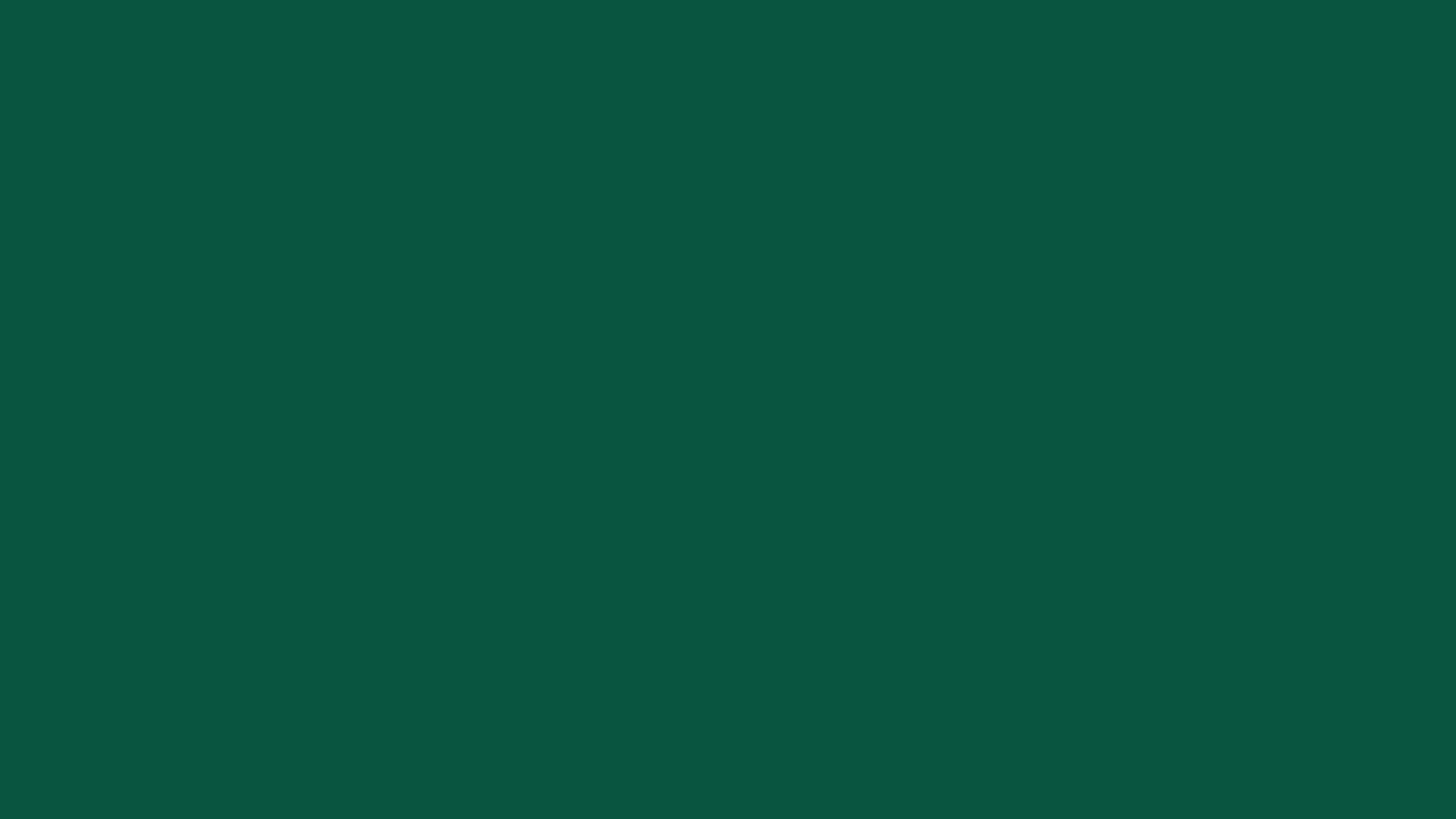 "On Something" is brought to you by Colorado Public Radio's Audio Innovations Studio, an incubator designed to drive innovation and experimentation within the public radio sphere.

Please help make more audio projects like "On Something" possible by making a donation to CPR today.