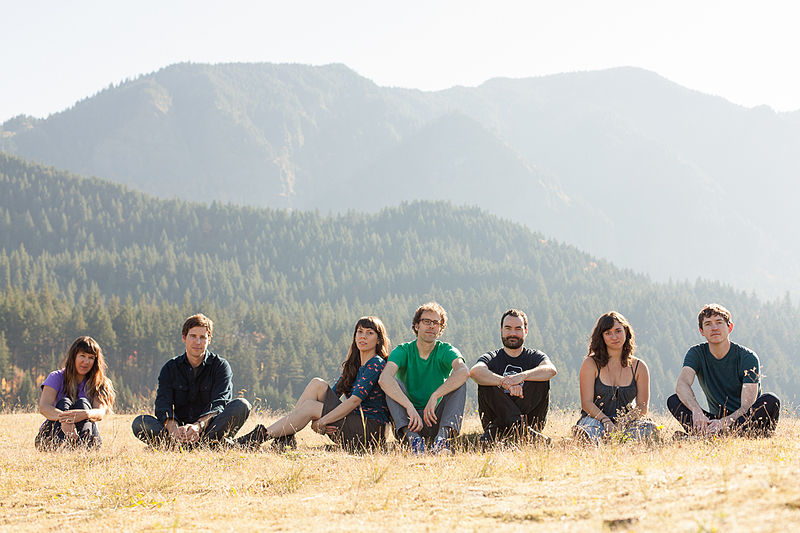 (Photo: courtesy of Anna Campbell)Ages and Ages' new album "Divisionary" has been in heavy rotation on OpenAir this year, and it finally hits the shelves on March 25. The Portland six-piece will hit the road in support of their second album, including a stop at Denver's Bluebird Theater with Lake Street Dive.

Tim Perry, the founder and vocalist behind Ages and Ages, spoke with Alisha Sweeney recently over the phone from their tour van. They touched on the struggles of emotional conflict between band members, the catharsis of writing, and getting a big shout out from NPR Music last year.

They also touched on the SXSW festival in Austin. It's the second time the band has attended, and Perry shared some stories about the festival's vibe and the intense schedules for bands. "It's gonna be a whirlwind," he attests.

Stream the interview and single "Divisionary (Do the Right Thing)" above!