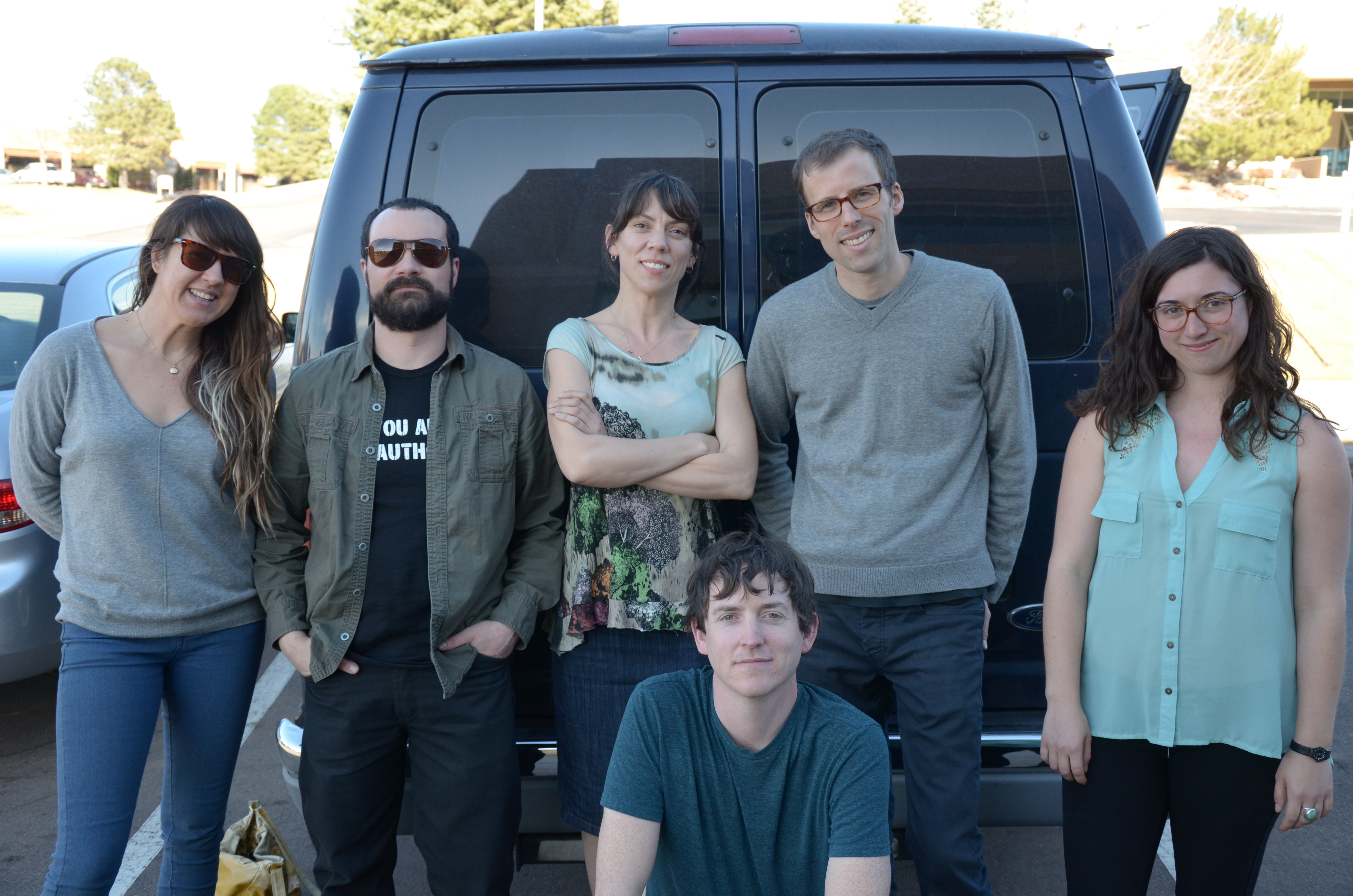 (Photo: CPR / Daniel Mescher)Since lead single "Divisionary (Do the Right Thing)" from Portland group Ages and Ages first enraptured our eardrums earlier this year, we've been anxiously anticipating the release of the choral indie pop band's second full-length "Divisionary" to hear more. Luckily, we got a sneak peek at a few new Ages and Ages tracks in our very own CPR Performance Studio this week.

After a successful SXSW trip that caught the attention of NPR Music, the band stopped in for a performance prior to a headlining show at Denver's Lost Lake Lounge (read a review of the show here) and a sold-out Bluebird Theater night with Lake Street Dive. The band was in great spirits during their three-song set, and chatted enthusiastically with Keefer about Barack Obama using one of their songs on his campaign trail, the "divisionary" theme of the new album, and their highlights of SXSW ("We ate a homeless person," quipped singer Tim Perry).