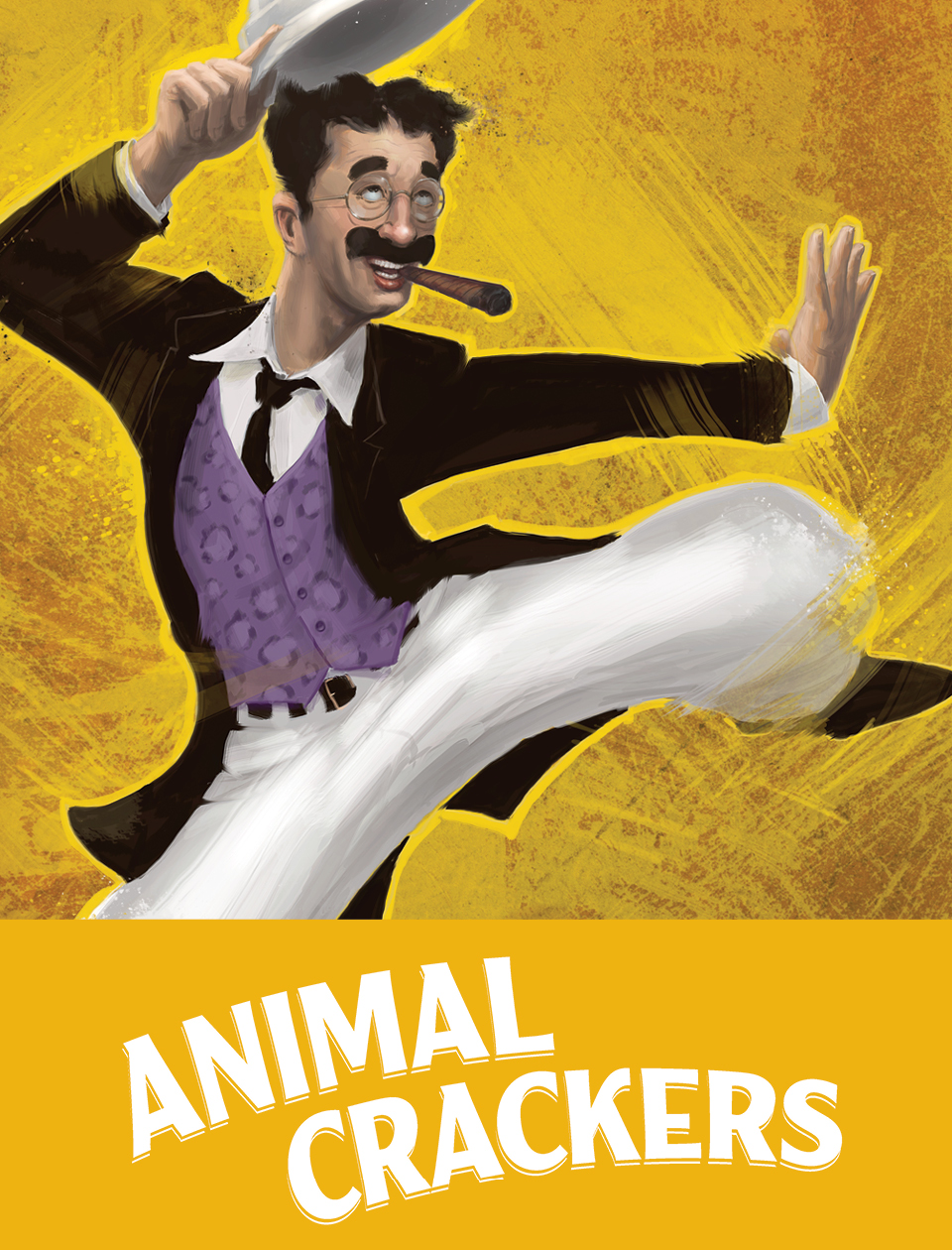 The Denver Center Theatre Company is staging the Marx Brothers' slapstick classic “Animal Crackers,” and we have an advance preview of a scene from the play recorded during rehearsals.

This stage production is not a stretch; “Animal Crackers” was originally produced for the Broadway stage in 1928. It was made into a film in 1930.

The Marx Brothers are a comedy act consisting of five brothers who first made their name on the vaudeville circuit. They are best known for zany one-liners, slapstick comedy and physical humour.

Groucho is the brother with the bushy eyebrows, moustache, glasses and cigar; Chico, the piano-playing con man with the Italian accent; Harpo, the one with the bushy hair who doesn’t speak but plays the harp; and Zeppo, the youngest who plays the handsome straight man.

This Denver Center production of “Animal Crackers” features songs written by Bert Kalmar and Harry Ruby for the original Broadway production and the movie. The script was adapted by Henry Wishcamper, and Bruce K. Sevy is the director behind the Denver show.

“Animal Crackers” runs from April 4 to May 11 at the Stage Theatre at the Denver Center for the Performing Arts.

Tune in on Friday at 10:30 a.m. and again at 7:30 p.m to hear an advance preview recorded during the rehearsals for “Animal Crackers.”