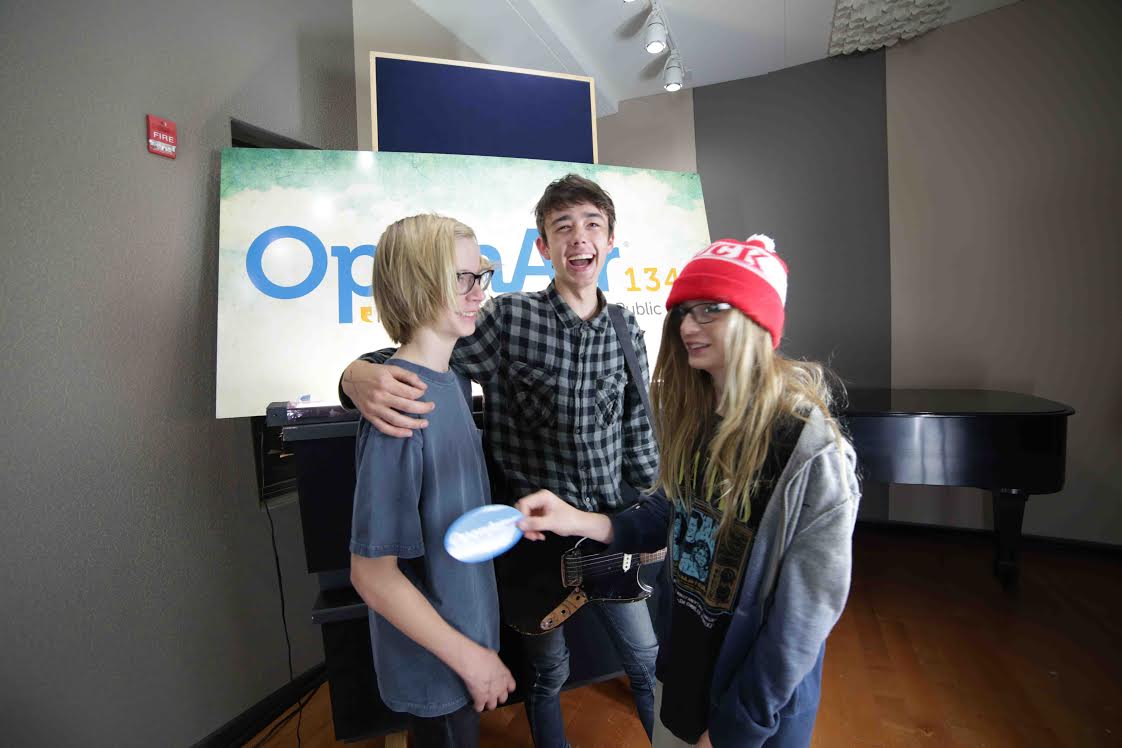 (Photo: CPR / OpenAir)The members of Residual Kid aren't old enough to drive, but they managed to melt faces in Denver both at last year's Underground Music Showcase (UMS) and a two-night stint at the Hi-Dive with In the Whale last weekend. The rock trio (ages 13, 15, and 15) from Austin impress with more than just their youth: they're as proficient rock musicians as bands twice, even three times their age.

We had the group in our CPR Performance Studio last week, where they performed a few songs and chatted about the music they're parents raised them on, the influence of alternative rock bands like Nirvana, recording with J. Mascis of Dinosaur Jr., and meeting at rock 'n roll camp.

Residual Kid will be back in Denver this summer for UMS 2014, check out the lineup so far at their website.