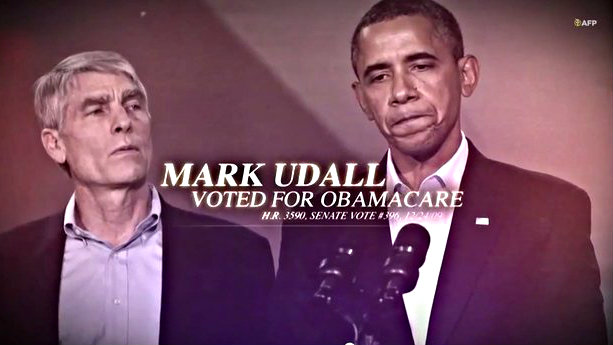 (Photo: Courtesy of the DSCC)Families of Aurora Theater shooting victims reacted with outrage Wednesday to news that a photo related to the shooting was being used in a new attack ad against Colorado Senator Mark Udall. 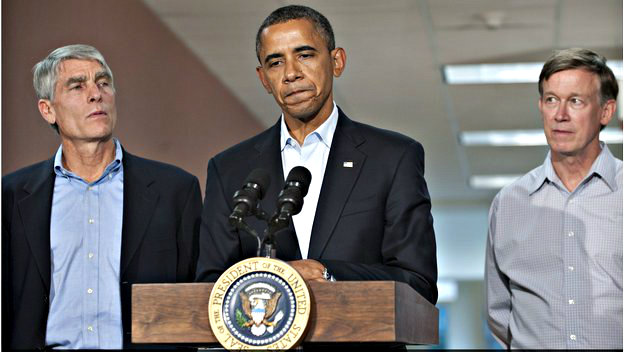 (Photo: Courtesy of the DSCC)The conservative group Americans for Prosperity released the ad, which focuses on Udall's support of the Affordable Care Act. The ad included a still image of the Senator standing next to a grim-looking President Barack Obama. The photo was taken at a press conference shortly after the attack, following a meeting with victims' families.

A group representing some of those families called the ad "an utter disgrace" and urged Colorado TV stations not to play it.

A spokesman for AFP in Colorado told the Associated Press the photo has been pulled from online ads and that an updated version of the spot is being sent to TV stations.