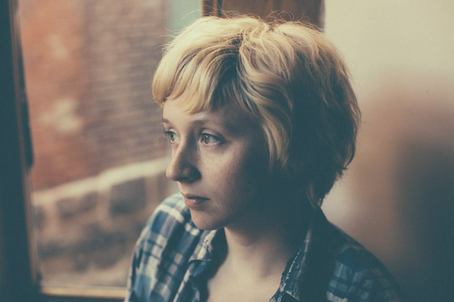 (Photo: courtesy of the artist)Last year, Katie Crutchfield quietly released one of 2013’s finest singer-songwriter albums, “Cerulean Salt,” under her Waxahatchee moniker. Reviews were pointedly favorable, yet the record flew delicately under the radar, at least for me personally.

The blue hue of the album’s title, along with its aquatic cover and track names like “Coast to Coast,” might have signposted listeners to expect another addition to the surf-rock revival canon, a la Best Coast, Bleached, and La Luz. But the pleasures of “Cerulean Salt” are not nearly as leisurely.

Those acquainted with the introversion of “Cerulean Salt” probably weren’t too taken aback with the modesty of the Alabama-raised singer/guitarist’s performance last night at Denver’s Marquis Theatre. Playing to about 100, Crutchfield did little to interact with the audience, choosing instead to fit as much as she could into the 50-minute set. Music of Waxahatchee’s kind is dominated by a central figure (Crutchfield, in this case), but her three-piece backing band allowed for flowing quiet verse/loud chorus shifts on songs like “Peace and Quiet.”

Crutchfield’s greatest strength as a songwriter is her lyrical determination, a skill Best Coast’s Bethany Cosentino self-admittedly lacks. On “Swan Dive,” Crutchfield delivered lines like “I'm ruled by seasons and sadness that's inexplicable” with aplomb and grace. Live as well as on the record, her words teem with anxiety and regret, but never cripplingly so. Her airy vocals with their slight rasp only hint at the heft of her words, a quality one might overlook without paying too much mind to the lyrics.

It was a diminutively-sized performance when compared to the calendar Denver shows this week: the Knife, Arcade Fire, CHVRCHES, Local Natives, etc. It’s easy to get swept up by those more vast spectacles, and some of them were (The Knife), or will be great. Crutchfield, however, mines the same emotional well as her epic-sized peers with decidedly smaller tools, and with masterful yields.