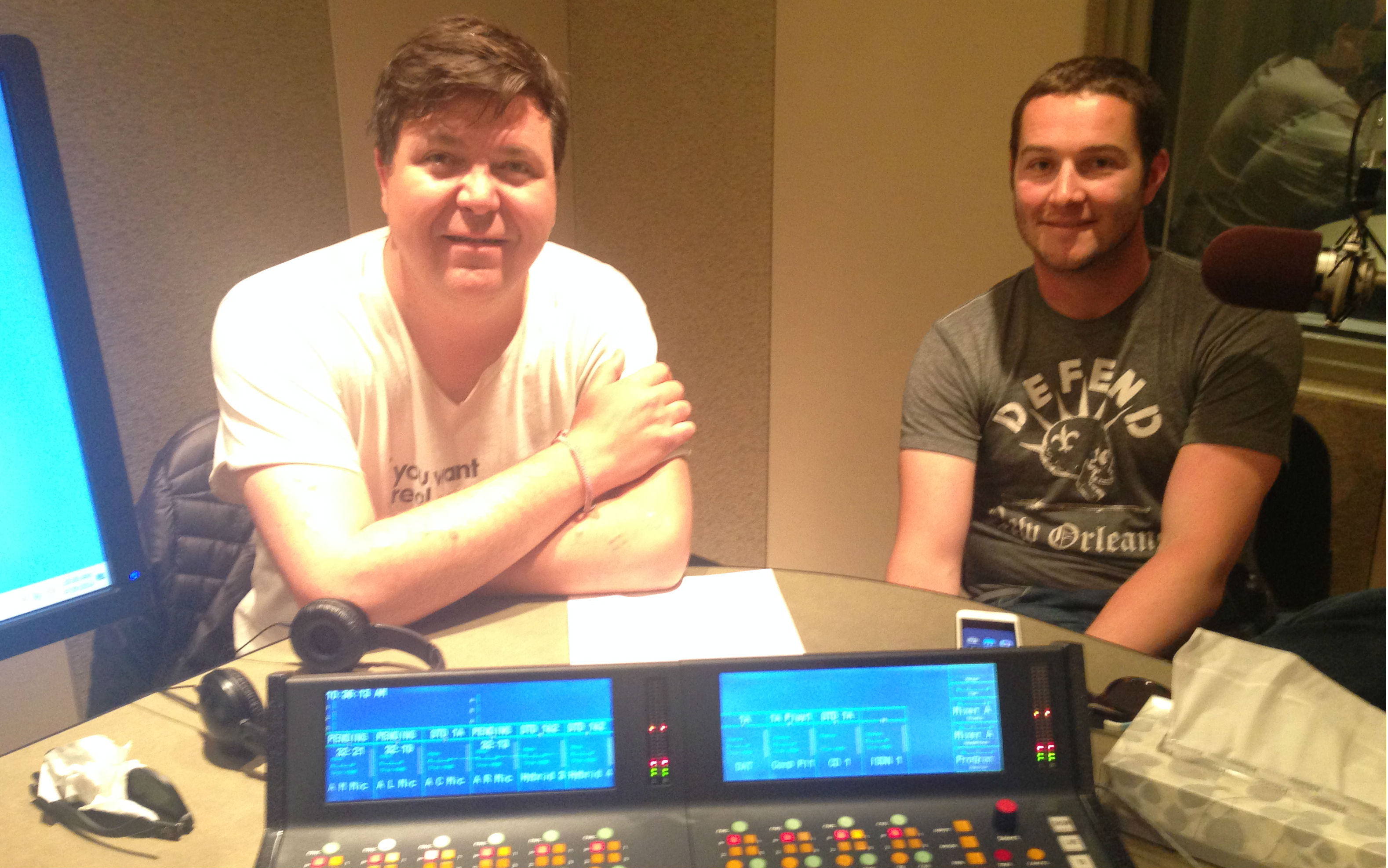 (Photo: CPR/Corey H. Jones)A local film crew is following The Denver Post’s pot coverage for a documentary scheduled to be released in 2015.

Recreational pot shops opened for the first time on January 1, 2014. That morning, Listen Productions began shooting footage of the historic moment and its aftermath by following journalists covering the state's marijuana culture at The Denver Post's dedicated pot website, The Cannabist.

A central character in the forthcoming film, titled “Rolling Papers,” is Ricardo Baca, the Denver Post’s marijuana editor who manages The Cannabist.

“I just think it’s a more intimate way to tell this story,” director Mitch Dickman says. “As the first major newspaper in the country to cover marijuana, it was a risk to devote this amount of resources and staff to it.”

Here is a video preview of CPR arts editor Chloe Veltman’s conversation about the documentary with Dickman and Baca. Hear the full interview during CPR’s arts show on Friday, May 2, at 10.30 a.m. and 7.30 p.m.

CPR: How does your approach to “Rolling Papers” compare to that of your previous films like “Hanna Ranch”?

Mitch Dickman: Our approach to this film is not as heavy-handed from an interview standpoint. “Hanna Ranch” was reconstructed entirely of hours and hours of interviews. This is much more fly on the wall. That’s somewhat intimidating for the journalists because they’re used to just being there by themselves, and all of a sudden they have a camera crew behind them.

Sometimes that helped, like during 4/20 – the unofficial marijuana holiday on April 20 – because people are like, “Oh you’re the news, I’m going to come up.” But other times, say when another reporter is trying to get a story that’s maybe more off the beaten path, we may blow their cover or may be more of a hindrance to them. So that’s an added level of difficulty on this project.

CPR: How do you hope or expect the documentary will impact The Denver Post?

Ricardo Baca: I can only hope that it just portrays us as the journalists we are. I don’t doubt that there are people out there who think we’re being reckless or irresponsible with our marijuana coverage. I’ve certainly heard that in a number of e-mails, conversations and telephone calls. And I think this documentary will help open eyes to the care that we’re taking to present a fair product, even though this product is covering something that was formerly illicit.

Tune in to CPR's arts show on Friday at 10:30 a.m. and again at 7:30 p.m. to hear Chloe Veltman’s exclusive interview with "Rolling Papers" director Mitch Dickman and The Cannabist editor Ricardo Baca.