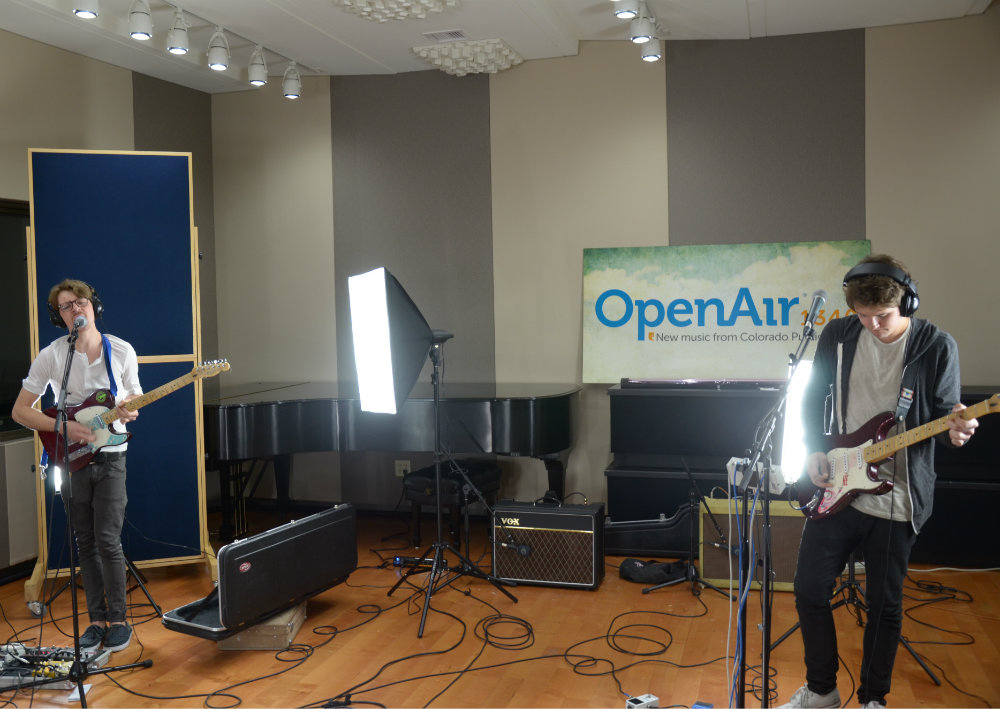 (Photo: CPR / Daniel Mescher)In their short but already notable history, A Band in Pictures (f.k.a. Abandin Pictures) have risen to the local limelight with their multi-genre indie pop. This year alone, they've made the bill on huge festivals like Snowball and the upcoming Underground Music Showcase. Listening to their recent session in our CPR Performance Studio, it's plain to see how they have established themselves as a hot local ticket.

The Denver-based quintet stopped in to play a few tracks from their Kickstarter-funded debut album "Who Killed the Dinosaurs?" Keefer Fulgham chatted with the band about preparing their set for festival crowds, the statement behind the band's name along with its alphabetical advantages, and the answer to the titular question of their debut full-length.

Stream the session and interview above!