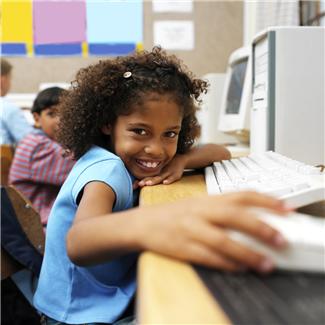 (Photo: Courtesy of Colorado Department of Education)Rural Coloradans with poor or non-existent broadband internet access can expect to gradually see improvements, according to top state leaders.

They joined Governor John Hickenlooper as he signed into law four new telecommunications reform bills Friday on the Capitol steps in Denver.

They deregulate new technologies, modernize telecom laws and help fund the build out of broadband infrastructure.

Under the guidance of the Public Utilities Commission, money in a $54 million fund now going to high-cost landlines will gradually be diverted to improve rural broadband.

Jim Campbell, a Regional Vice-President with CenturyLink, says the whole state will benefit.

“As those networks are built out, even the areas in between the unserved and maybe the towns will benefit because the networks will be build out and it will be robust border to border," Campbell said.

Critics warn by deregulating, companies will no longer have to maintain phone lines, potentially harming the elderly, disabled and families with low income.