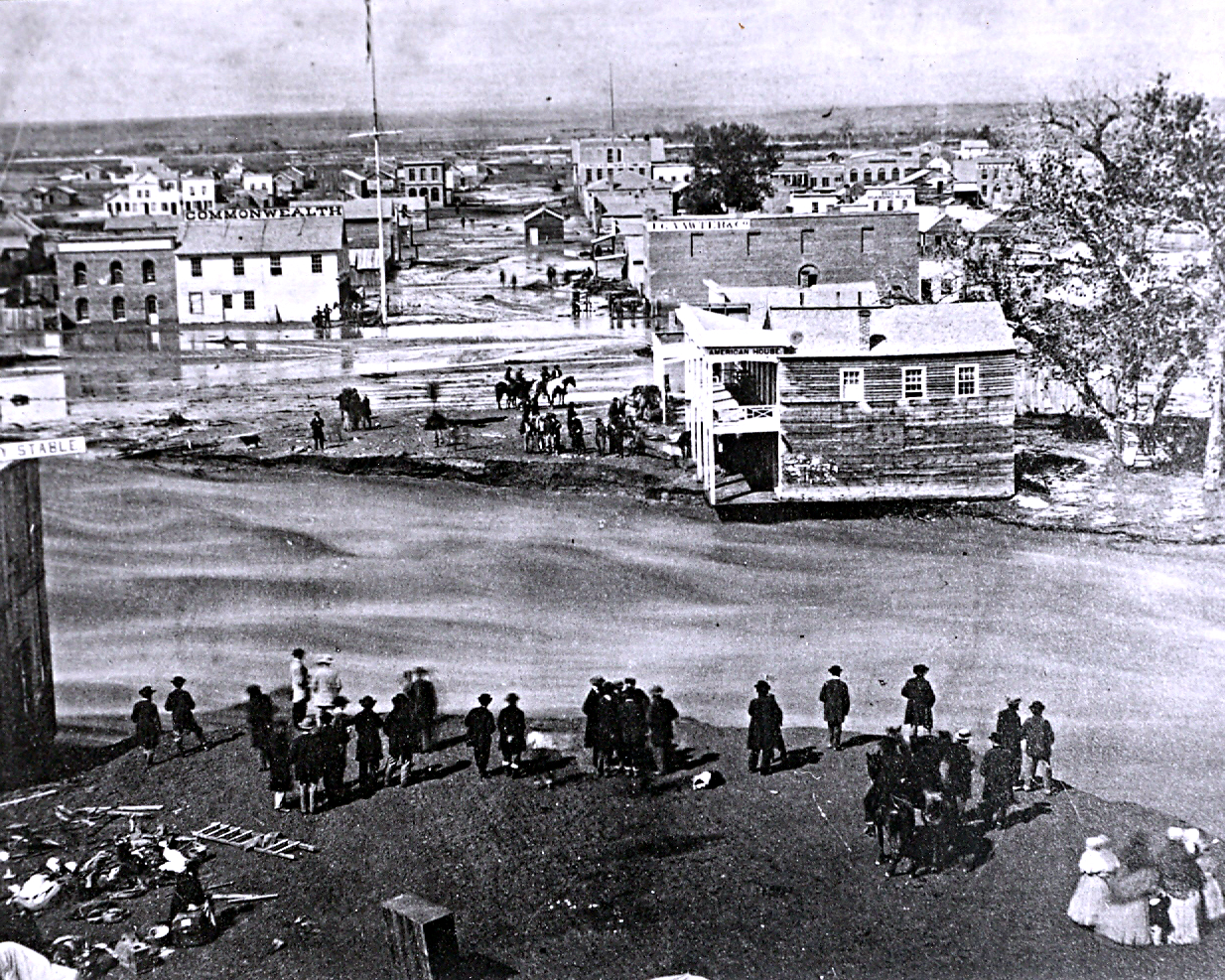 (Photo: Courtesy of Tom Noel Collection)Many communities in northern Colorado are bracing for possible flooding this spring as the mountain snowpack melts or if heavy rains fall onto already-saturated ground.

They have reason to worry. Flash flooding has a long history in the area.

In fact, the first deadly flood in Denver history occurred on this date 150 years ago, May 19, 1864. A spring rain storm caused flash flooding along the Cherry and Plum creeks. An estimated 15-20 people died.

Denver sat on the  northeast bank of Cherry Creek, while at the time of the Great Flood of 1864 Auraria was a separate city, growing on the southwest bank. 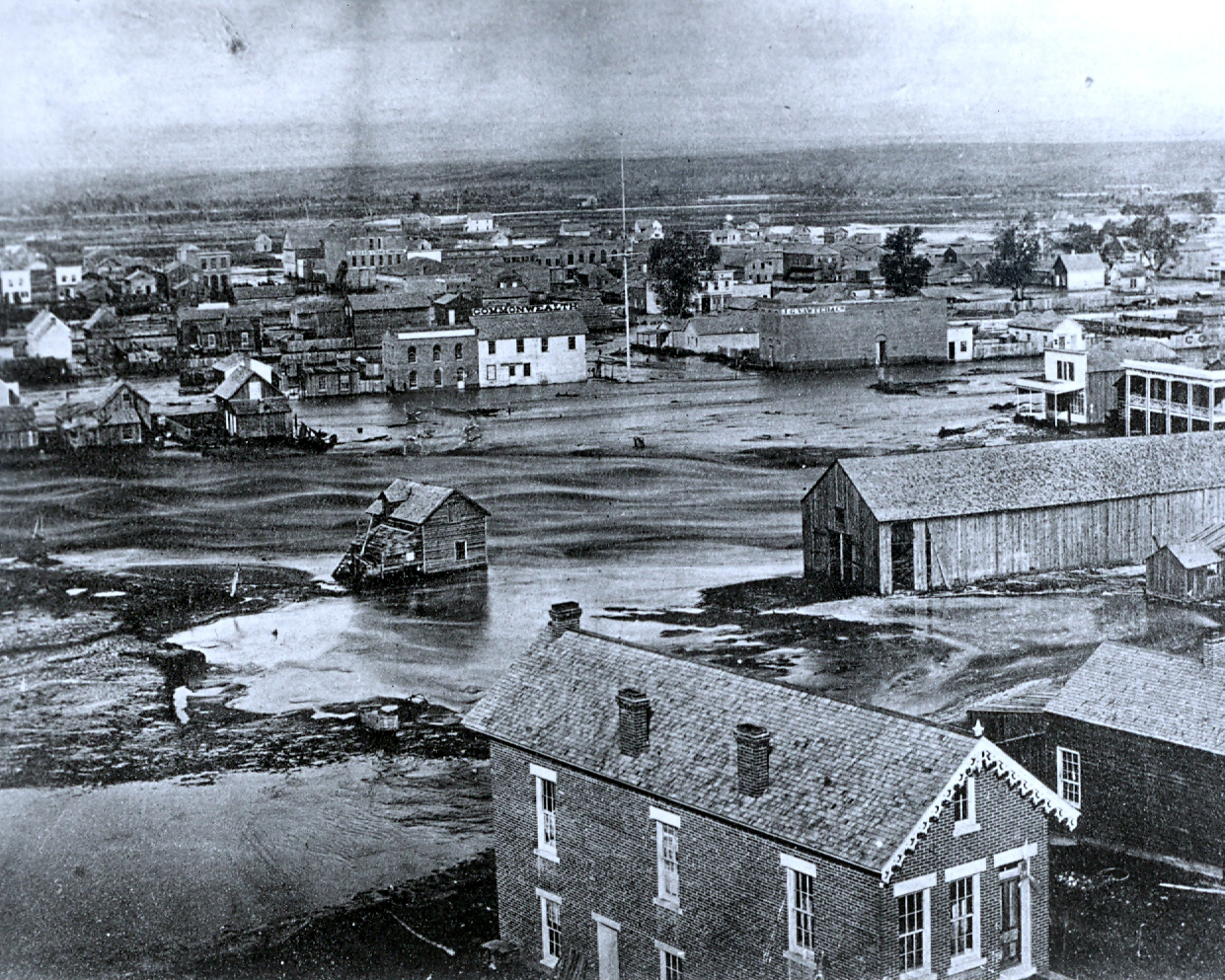 (Photo: Courtesy of Tom Noel Collection)Auraria is lower lying, so Denver, except for right along the creek wasn't, affected," CU-Denver history professor Tom Noel says. "But Auraria, where the Auraria higher education campus is today, was underwater. And quite a few buildings were washed downstream."

One of the most prominent buildings destroyed was the home of the Rocky Mountain News. Founder William N. Byers had perched the newspaper building on stilts in the middle of Cherry Creek, despite warnings from Little Raven, the Chief of the Arapahoe Indians.

"The Indians predicted there would be a great flood and warned not to  build in that flood plain, but, as usual, the palefaces ignored the Arapahoe who had lived here for decades," Noel says.

Noel says Coloradans are still learning the lessons of the Great Flood of 1864.

Last fall massive flooding caused widespread damage across the Front Range when some typically tame waterways overtopped their banks just like 150 years ago.