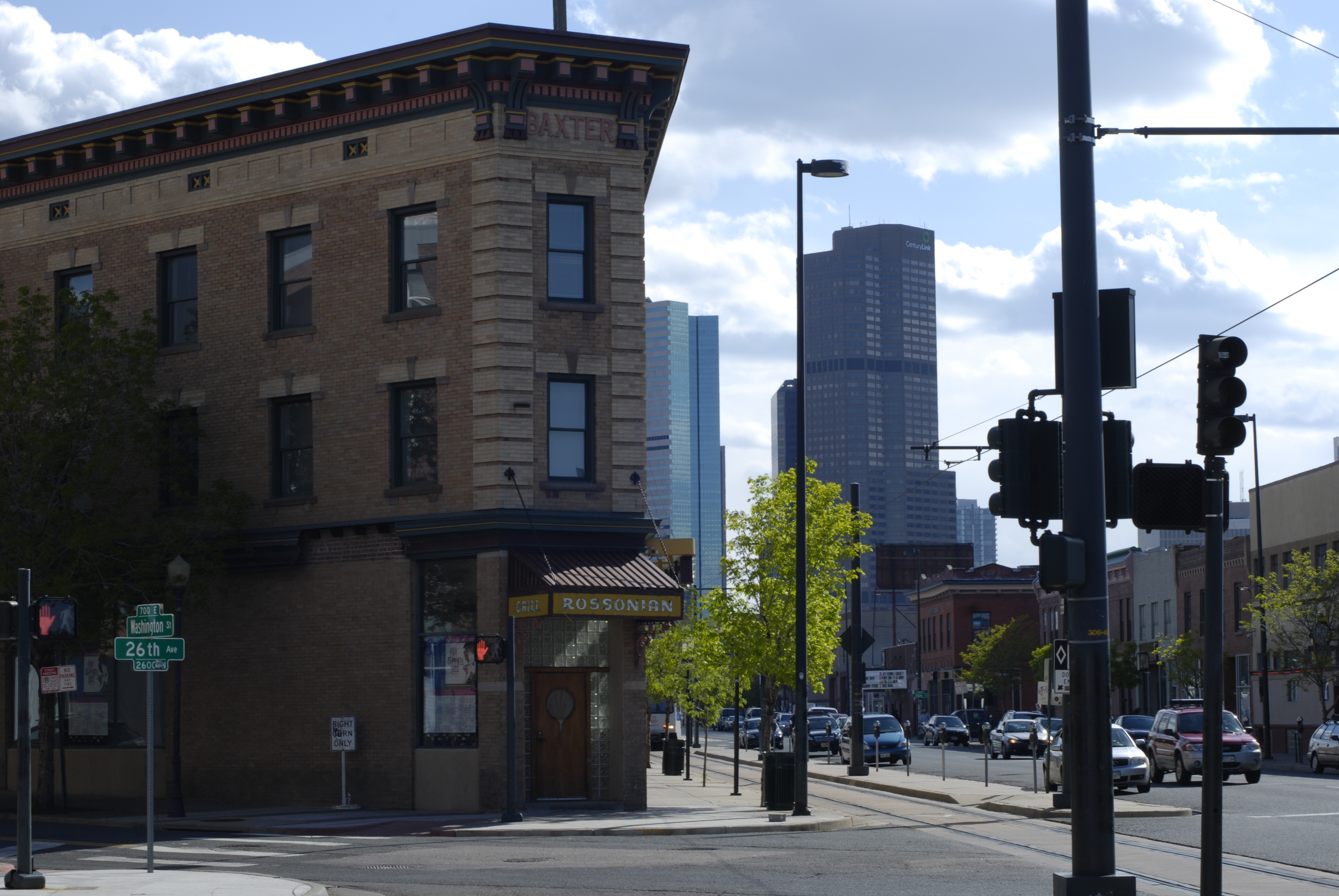 Five Points is one of Denver’s oldest neighborhoods. And it’s on the cusp of getting a major facelift.

This is just one of the changes intended to re-energize urban renewal efforts in the 10-block district northeast of Downtown. And the gentrification of the historic neighborhood will likely make an impact on its cultural heritage.

88-year-old Paul Stewart started working as a barber in Five Points in the early 1960s. After his shift ended, Stewart often walked a block to the Rossonian Hotel, which was an important part of the city’s vibrant jazz scene.

“They had good music, you know what I mean?,” Stewart says of the hotel. “The big bands like Count Bassie, Duke Ellington, and Ella Fitzgerald. It was excitement there. That’s why people came to it.”

The Rossonian, which was built in 1912, went on to attract jazz greats touring through Colorado. Many musicians would wet their whistles or play late-night sets at the venue following their performances at downtown hotels where racial segregation prohibited them from staying.

Listed on the National Register of Historic Places, the Rossonian now stands vacant in the center of Five Points. It has largely remained that way for more than two decades despite many plans to restore the building back to its former glory.

“The first floor of the building has been gutted,” Martin Willie, who directs project development at Civil Technology, the company behind the latest Rossonian restoration project, says. “There’s not much trace of the historic interior other than some remnants of plaster and wallpaper. Some torn up floor, some old wood joists.”

Willie says one priority is to maintain the cultural legacy of the building and Five Points.

To achieve this, the developers are working on a mixed-use plan that may include a jazz club and a hotel. That’s in addition to restaurants, residential units and commercial spaces.

The company expects to break ground by next spring.

But he adds that the historic building cannot revive Five Points on its own.

“The Rossonian has always been challenged and a lot of people have looked at it as being the one to come first out of the box to start that revitalization effort,” Willie says. “But, in reality, it needs to be a part of a bigger picture.”

Analyzing the effects of gentrification

In February, the City of Denver awarded the Rossonian and four other Five Points development projects planning grants that total nearly $500,000.

The first one is expected to break ground late this summer. It will feature residences and retail spaces aimed at attracting people to the area.

However, Denver historian and author Phil Goodstein is skeptical about how these plans will benefit the Five Points community and heritage.

“Is this going to help the people of Five Points in the slightest?” Goodstein says. “There’s an irony there that I don’t think they get. If the area’s increasingly more affluent and white, how is it still the ‘Harlem of the West’?”

Touted by some as the “Harlem of the West,” Five Points was a destination for musicians during the jazz and big band eras.

Former Five Points barber Stewart says he is also concerned about the changes going on in Five Points.

“The history will be forgotten, because white people are moving in to the area and they’re not talking about any history there,” Stewart says. “So it would be gone in terms of what I know about the area.”

Paul Washington directs the Denver Office of Economic Development, which awarded the five planning grants in Five Points. He says these types of concerns about urban development are not uncommon.

“I think anytime you’re talking about revitalizing a neighborhood, most people frankly are a little bit hesitant to embrace change,” Washington says. “I think there are natural fears for when neighborhoods go through gentrification.”

Viewing gentrification through a national lens

Five Points is not alone in its struggle to reconcile historical preservation with economic development.

“I think the Fillmore District got away from the city,” assistant professor of planning and design at the University of Colorado at Denver Carrie Makarewicz says. “I don’t think they realized that nobody was paying attention. There wasn’t anything in place like an historic preservation district or groups that were actively promoting and seeking to retain it.”

She believes it’s important for developers to be aware of a district’s history by assessing it and doing what she calls cultural inventory before development occurs.

“But I think people are increasingly seeing the need for community development and organizations to keep that cultural and social capital there,” Makarewicz says.

While developers continue to transform the newly rebranded "Five Points Historic Cultural District,” city officials say they will work to engage with the community and encourage businesses and residents to remain in the neighborhood.

Juneteenth Music Festival
June 14, 2 p.m.
A festival that celebrates the heritage of Five Points and strengthen the neighborhood’s relationships with the surrounding areas. Festivities include a parade, art walk, live music and family-friendly interactive activities.