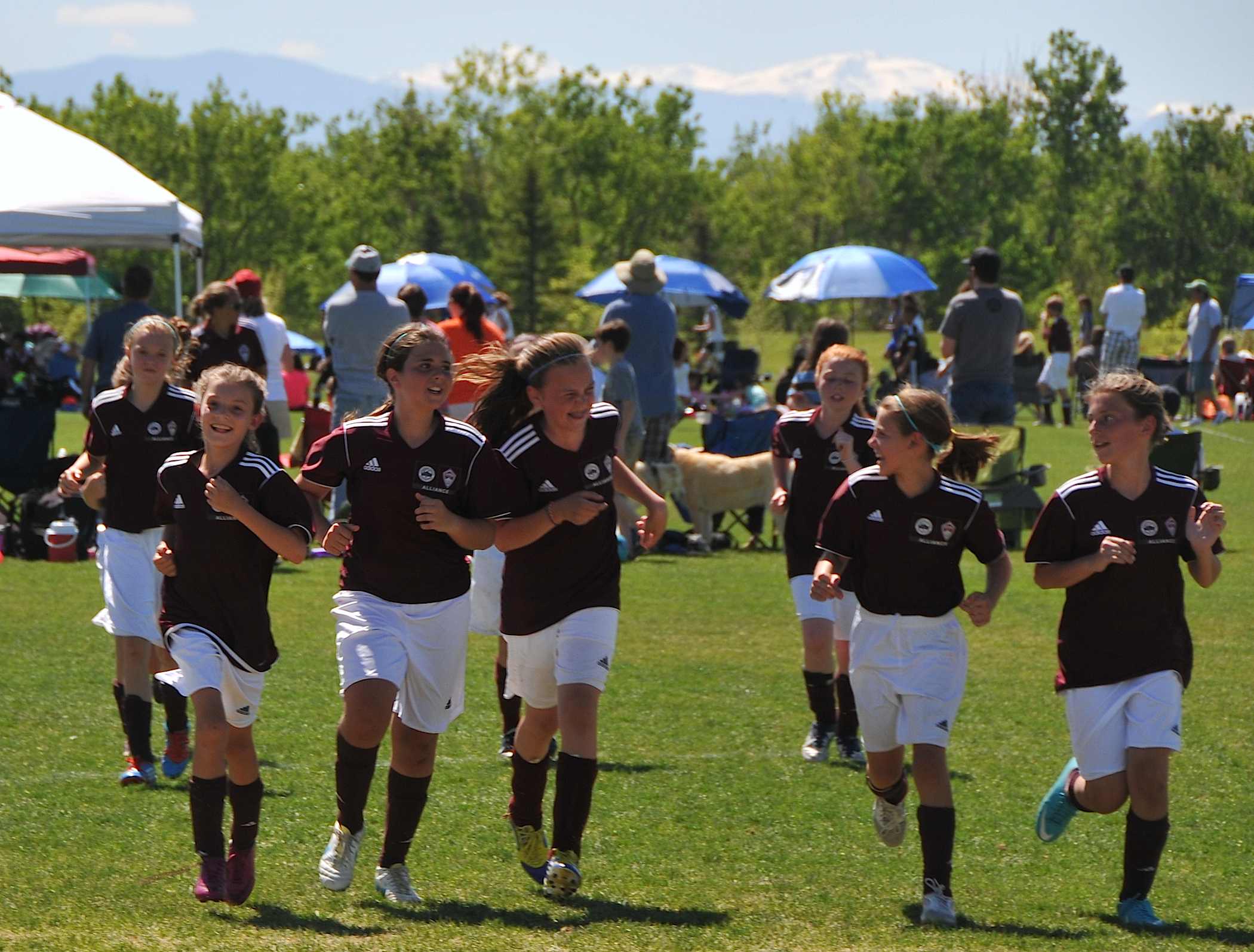 (Photo: Courtesy of Colorado Rapids Youth Soccer Club)The top girls high school soccer teams face off for Colorado’s state championship on Thursday. The event comes a little more than two years after the state enacted a tougher law on how concussions are handled in youth sports.

Girls soccer sees a relatively high rate of concussions, but the days of “getting your bell rung” and immediately returning to action are becoming less common.

After Saturday's semifinals, where Columbine beat Mountain Vista, 2-0, Columbine senior Madison Chapman, a midfielder and defender, described a head injury from her junior year, when she played with her club team. Chapman and a player on the opposing team were competing for the ball.

"We both went up for a header ball, and she actually tugged my jersey and threw me on the ground," Chapman says. "My head bounced and it was on turf.  It was a pretty bad concussion.”

She saw black dots and had a severe headache.

“It was pretty scary," Chapman says. "It goes black for a little while and then you wake up and you’re sitting on the bench.”

Her coach did not put her back in the game.  Later, she saw a doctor and missed several games until her symptoms cleared a few weeks later.

That’s exactly what should have happened under Colorado’s youth sports concussion law (PDF).  It requires coaches be trained on how to recognize a concussion, which is a brain injury generally caused by a blow to the head. Return-to-play rules require a player be removed from action if a concussion is suspected.  They can’t return to play until a medical professional gives the OK.

Columbine High athletic trainer Matt Hertz says things have changed since he first started two decades ago. Back then, a player could return to a game after a quick sideline assessment.

“Now, if they have a concussive event we immediately remove them," Hertz says. "If they’re a football player, we take their helmet. If they try to get someone else’s helmet, we take their cleats.”

According to the American Academy of Pediatrics, concussions represent 9 percent of injuries to high school athletes.  For male athletes, the highest concussion rates come from football; for female athletes, soccer and basketball have the highest rates.

Researchers tracked injury data from 100 U. S. high schools over the past eight years.  In 2007, half of the athletes with concussions didn’t follow recommended guidelines.

By 2013, that figure dropped to one in five athletes, according to researcher Dr. Mark Riederer, Pediatric Primary Care Sports Medicine Fellow with Children’s Hospital.

“I think we’ve made great strides especially in the last 10 years regarding concussion awareness," Riederer says.

Other experts wonder if the results are skewed somewhat because the data doesn’t include sports programs that aren’t linked to schools.

Still, Riederer hopes better awareness will help ensure athletes don’t risk something known as second impact syndrome, which is a second injury within a short period of time while the subject is still symptomatic.

"You can have catastrophic brain swelling,” Riederer says.

That’s what doctors think happened to Colorado high school football player Jake Snakenberg.  He died in 2004 following a hit during a game, an injury likely exacerbated by a previously undiagnosed concussion.

Colorado enacted a law in Snakenberg's name in 2012,  becoming one of 13 states to do so.  Now every state has a youth concussion law, according to the Denver-based National Conference of State Legislatures.

Colorado’s law does something many states do not: require every coach who works with athletes ages 11 through 18 to take a course on how to recognize concussions. 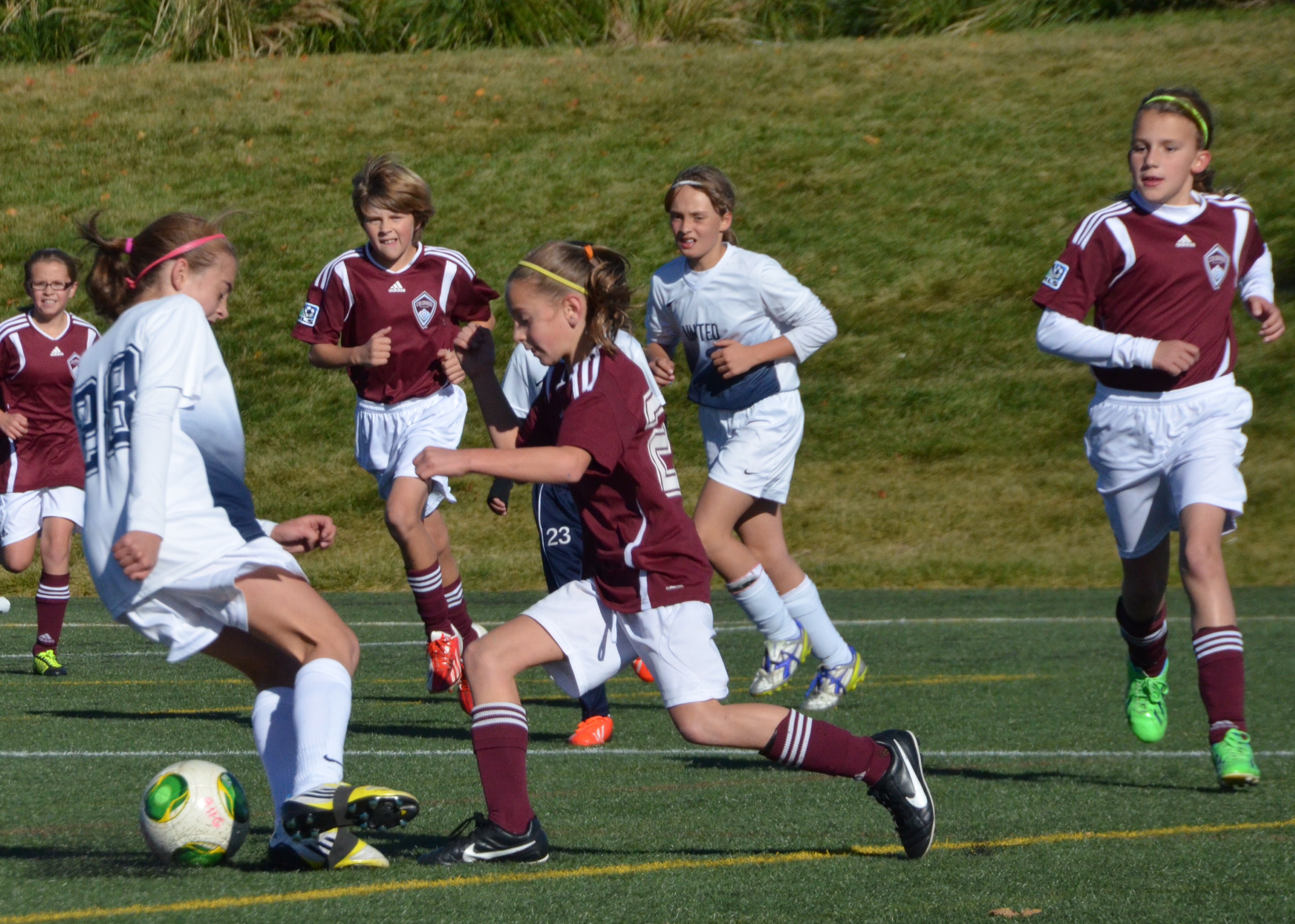 “I know when I coach a game, if a kid takes any hit to the head, I pull them immediately,” Krieger says.

All staff coaches for the club take the Center for Disease Control’s Heads Up online training course, which includes a quiz and a video. The video includes a scene with a coach who pulls a young baseball player out of a game, against his objections, after the youngster collides with another player.

It’s the kind of training Krieger wishes her team had had when she played college soccer more than a decade ago at Smith College. She suffered a serious concussion after knocking heads with an opponent.

Krieger finished that game, going on to head the ball several more times. By today’s standards, she should have been taken out. 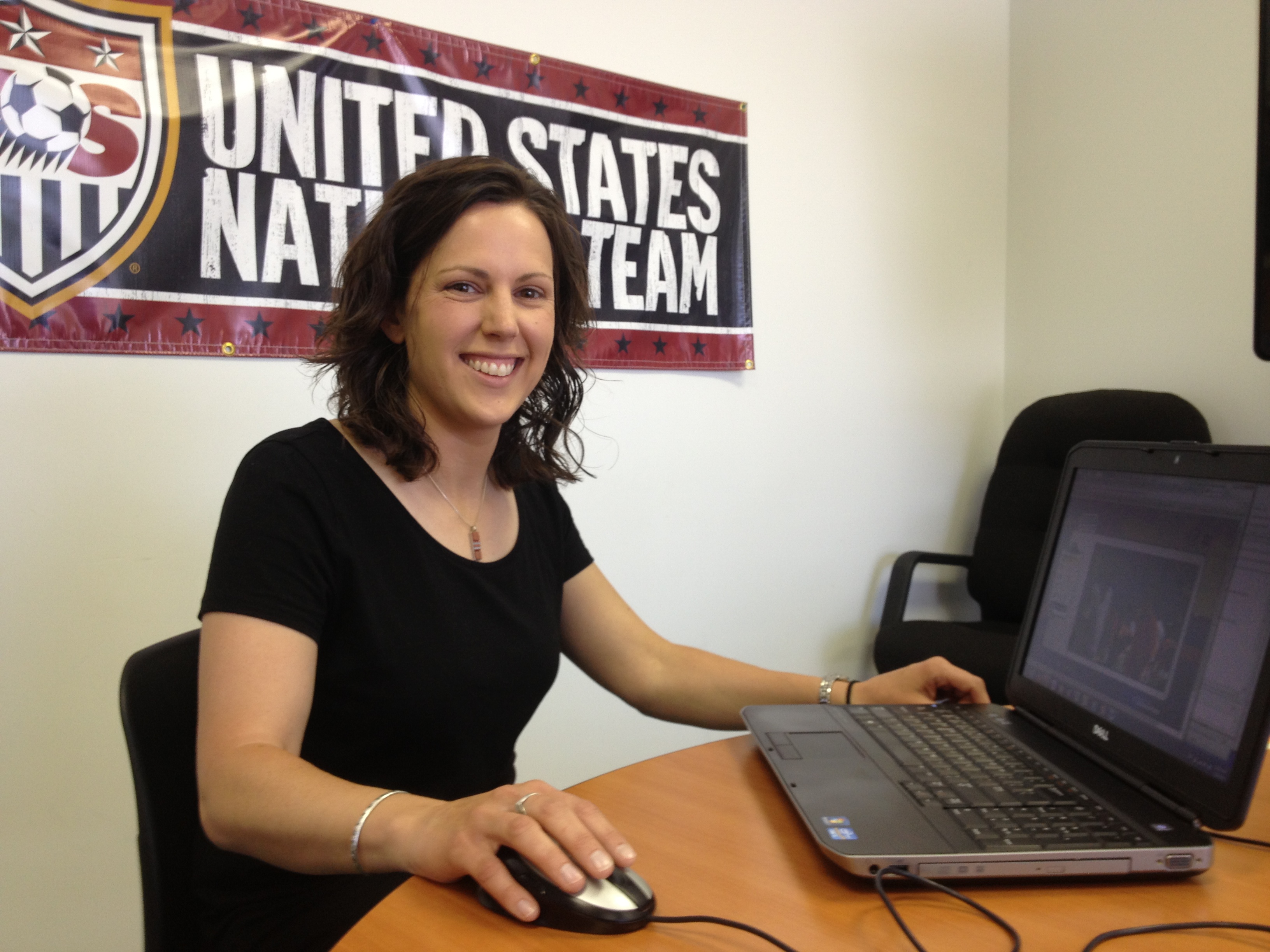 (Photo: CPR/John Daley)“I think if my teammates, if my coach had all been more aware of concussions, and the symptoms," Krieger says. "It would have turned out differently." Her post-concussion symptoms included memory loss, nausea and headaches that didn’t go away for a few more years.

At the state semifinals, soccer dad Greg Chapman, who cheered on two daughters playing for Columbine, wondered if players with concussion-like symptoms get held out a bit too often.

“I think the pendulum has swung towards the safety side almost to the extreme,” Chapman says. He acknowledges the rules in general are a good idea.

Chapman’s daughter Madison, who had a concussion, says there are a lot of rules to deal with but it's better to be safe than sorry.

Researchers say more study is needed to see how broadly that attitude is sinking in.

Meanwhile, Madison says her concussion may have sidelined her temporarily but it hasn’t dampened her love of the game.