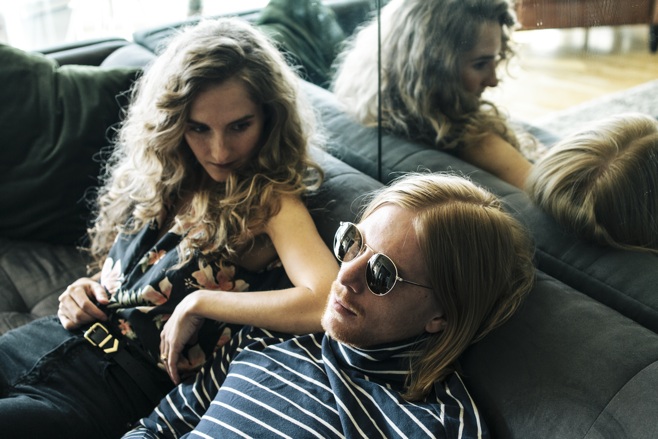 (Photo: Luca Venter / courtesy of the artist) After spending the month of May on the road with pop-rock sisters HAIM, Denver group Tennis have announced their third album "Ritual in Repeat" to be released on September 9, according to Pitchfork.

"Ritual in Repeat" follows last year's excellent "Small Sound" EP and 2012's "Young and Old" album. The indie pop band, formed by husband-wife duo Alaina Moore and Patrick Riley in 2010, recruited a team of renowned producers for the record, including Patrick Carney of the Black Keys, Jim Eno of Spoon, and Richard Swift.

Stream the new track "Never Work for Free" below, and listen to our session with the band from the CPR Performance Studio archives.