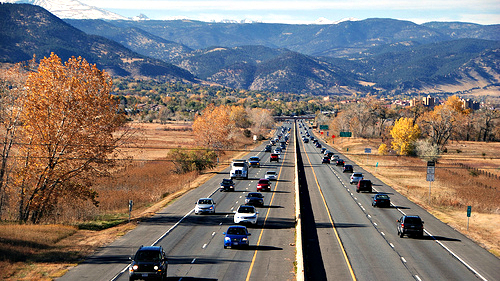 The Legislature approved the measure after the Colorado Department of Transportation entered into a controversial agreement with a private consortium for improvements to U.S. Highway 36 between Denver and Boulder. Under the 50-year contract, the private company will improve the highway in exchange for toll revenue.

Gov. John Hickenlooper says he vetoed the bill because it puts too many restrictions in place and could jeopardize future private road financing.

“These risks will translate into more expensive transportation infrastructure for Colorado and its residents,” Hickenlooper wrote in his veto message.

Hickenlooper, a Democrat, signaled in an interview with CPR's Colorado Matters last week that he was considering a veto because there’s an “awful lot more in that bill that we requested repeatedly wouldn’t be added – and in the end it was."

"It’s disappointing." Katz says. "I think this bill did a good job addressing concerns after the U.S. 36 private road deal about the transparency and oversight of the process, the length of the deal and concern about clauses that limit future decision making and put taxpayers on the hook.”

A Democratic legislator who sponsored the bill in the Senate also expressed disappointment.

“I respect the governor’s opinion on this, but those of us elected now will not be around when our children, grandchildren and great-grandchildren will have to live with these agreements,” says Sen. Matt Jones, D-Louisville.  "Taxpayers have a right to know. It’s disappointing when we seemingly trust bankers more than the people, and those they elect to represent them, to protect taxpayer dollars."

The governor did sign an executive order that he says will provide more transparency and accountability for road deals.