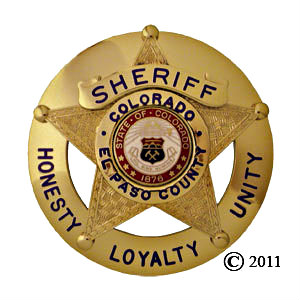 That's in spite of a controversy surrounding his actions as sheriff that has led to a recall movement.

Volunteers collecting signatures to oust Sheriff Terry Maketa claimed to have collected nearly 2,ooo within hours of starting the campaign.

The group needs more than 44,000 signatures to get the recall on the November ballot.

Maketa has been accused of having affairs with three female subordinates and then promoting them.

He’s also been accused of budget improprieties, discrimination and creating a hostile work environment at the Sheriff’s office

El Paso County Commissioners have unanimously requested he resign, but they cannot remove him from office.

Maketa has apologized for what he called inappropriate behavior, but has said he will not resign.

Unless the recall effort is successful, the sheriff, who is term limited, will leave office in January.