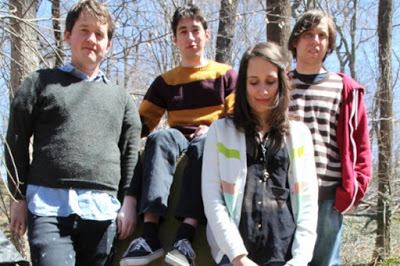 (Photo: Noe Richard / Courtesy of the artist)OpenAir caught up with Speedy Ortiz at this past weekend's Bonnaroo Music Festival after their debut set at the four-day Tennessee music event, which pitted them against headliner Kanye West.

The four members (Sadie, Darl, Mike, and new guitarist Devin) of the Massachusetts indie rock group spoke about how they fared against Mr. West, opened up about tricky Bonnaroo experiences as fans in previous years, and weighed in on the current state of pop music.

Check out some highlights from the interview below, and stream the entire interview via the link above!

On the autobiographical nature of their lyrics:

On being in on the conversation of pop and other genres:

On their current Top 40 picks: