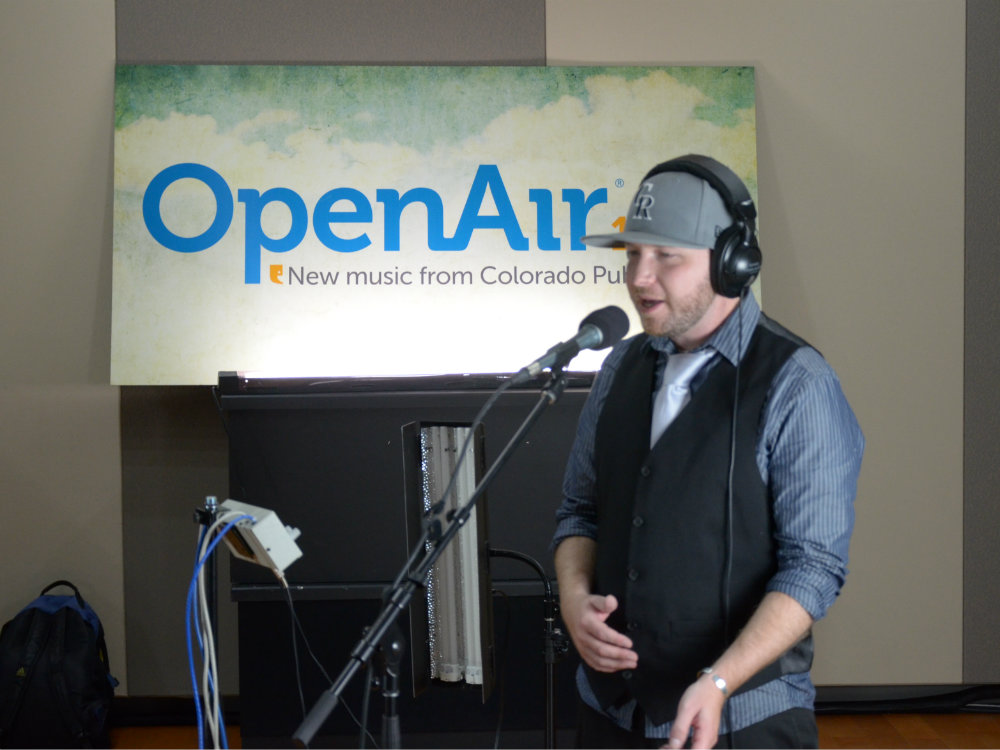 (Photo: CPR / Daniel Mescher)At Steele and Colfax the intersection, you'll find a hair salon, a pizza/biscuit restaurant, and the Bluebird Theater, one of Denver's premier live music venues, only a stone's throw away. With Steele & Colfax the band, you'll find rock, blues, soul, and more for an eclectic blend of feel-good locally grown music. Host Alisha Sweeney discovered them as one of the standout acts of this year's Colorado Music Party at SXSW.

The four members of Steele & Colfax, including frontman Tim Yunker, each bring a different musical upbringing to the table that plays a role in the band's singular sound. We welcomed them into our studio earlier this month for a performance prior to their debut at the UMS this July, where they will perform along with more than 400 other local and national acts.