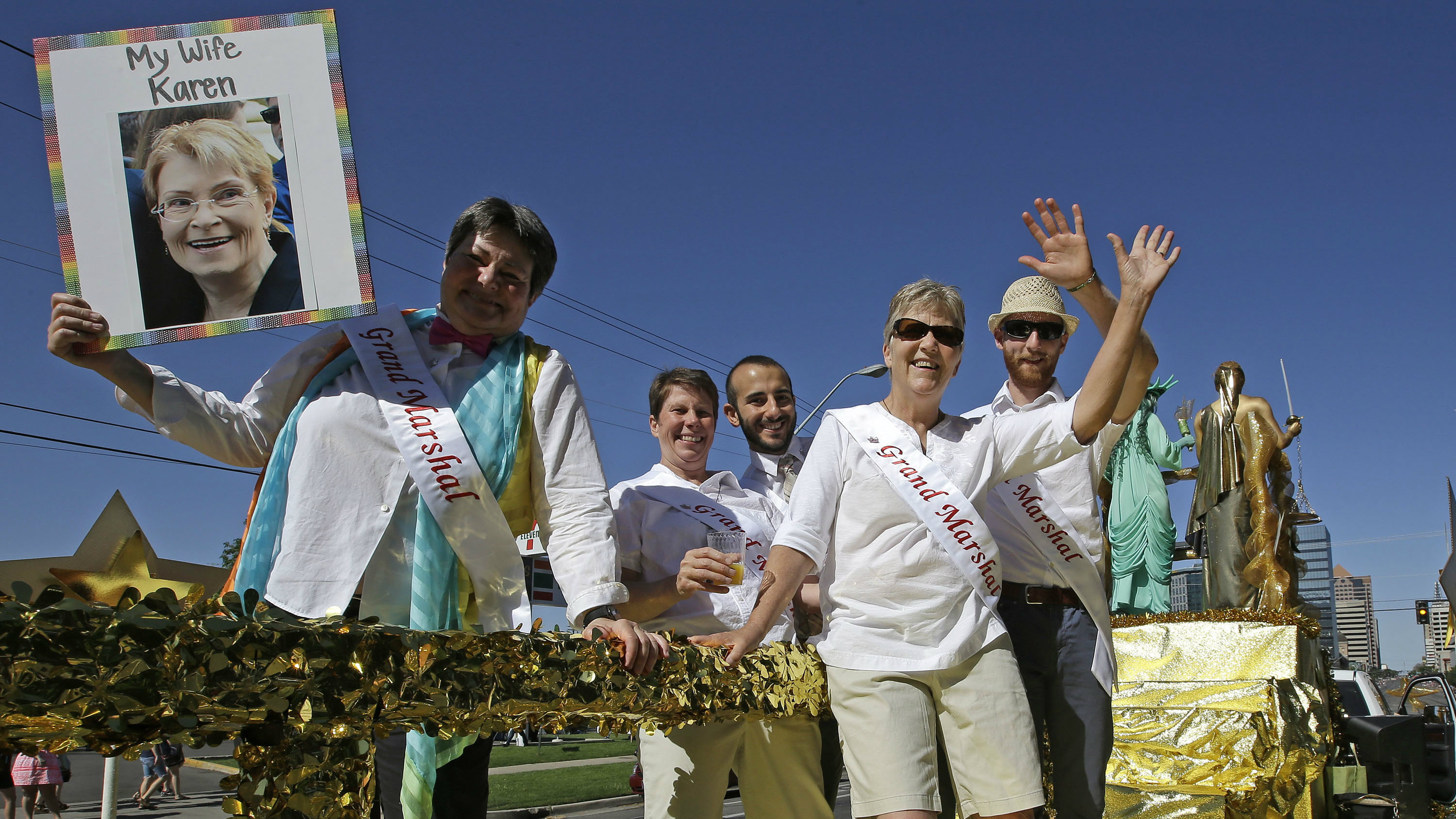 A federal appeals court for the first time says a state cannot prevent gay people from getting married.

A three-judge panel of the 10th U.S. Circuit Court of Appeals in Denver found that Utah's ban on same-sex marriage violates the U.S. Constitution. The judges upheld a lower court ruling that struck down the ban in December.

They immediately put their ruling on holding so it could be appealed.

The case has been closely watched because it represents the first ruling on gay marriage at the appellate level since the U.S. Supreme Court struck down the Defense of Marriage Act in June 2013.

The ruling likely will be appealed to the Supreme Court.

The panel has not yet ruled on a similar ban in Oklahoma.