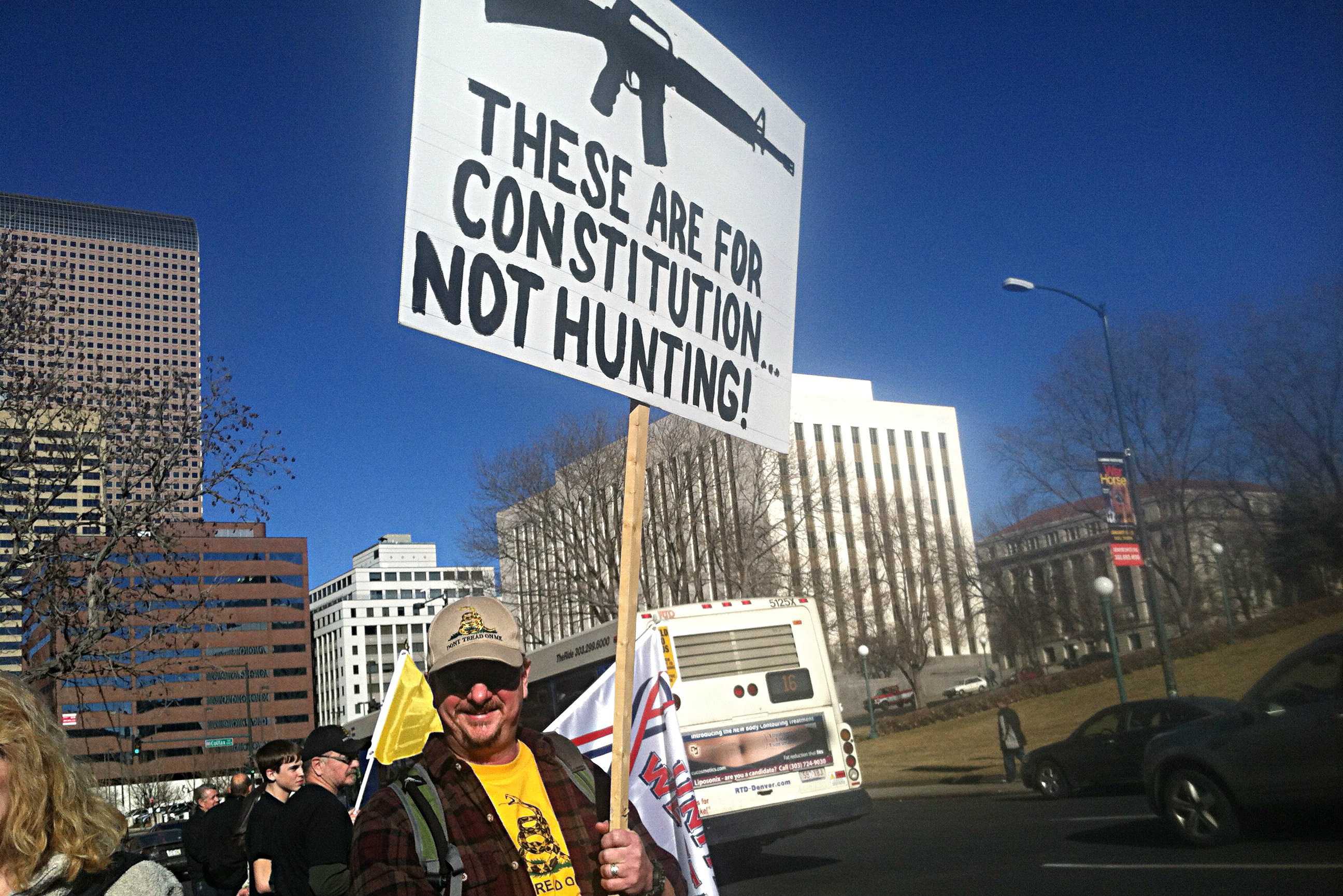 To account for his defeat, Nicolais can point to a small avalanche of vicious mailers sent to Republican voters in the district, all attacking him as anti-business, anti-gun and anti-family values.

There’s the letter from the group Coloradans for Right to Work, accusing Nicolais of being soft on labor issues, even though he was the lawyer for the right-to-work ballot initiative in 2008.

There’s the mailer with his picture next to one of Kermit Gosnell, the Pennsylvania abortion doctor convicted of killing live babies. Colorado Campaign for Life sent that one because Nicolais refused to pledge himself to its pro-life positions.

The imagery is inflammatory but Nicolais says none of it was a surprise.

“I’ve known these guys, the guys who run these groups, for almost a decade and a half,” Nicolais says. “It’s the same mailers they run against people year in and year out.”

Colorado Campaign for Life, Coloradans for Right to Work and others make up a constellation of conservative organizations that play hardball in Republican primaries, targeting candidates who won’t sign onto their specific platforms regardless of where they generally stand on the issues.

The most powerful of these groups is Rocky Mountain Gun Owners (RMGO), which bills itself as “Colorado’s only no-compromise gun rights organization,” a stance that describes its dealings with Republican candidates.

“We do concentrate very heavily on Republican primaries,” RMGO Executive Director Dudley Brown says. “Primarily because the Republican Party for quite some time moved very far to the left and we wanted to fix that.”

Brown points to the fact that not one Republican state lawmaker voted for last year’s gun control measures as evidence that his strategy is working.

Willing to put her name on the line

Those candidates who had RMGO’s blessing generally did well in the June primaries. In Jefferson County, Laura Woods succeeded in her first-ever run for office, winning the Republican nomination for state Senate over a better-known opponent. Senate District 19, where she's competing, is crucial to Republican plans to win back the state Senate from Democratic control.

Woods signed surveys from numerous organizations, including RMGO. As a relatively unknown candidate, pledging her loyalty to specific positions was a way for Woods to introduce herself.

“Each one of those surveys is my willingness to tell the voters where I stand on important issues,” she says.

The strategy worked with voter Marcy Howard. Her top issue this election was the Second Amendment and the effort to roll back Colorado’s new gun control laws. But Howard didn’t have an easy time deciding which candidate would best uphold her views, in part because Woods and her opponent Lang Sias were endorsed by different gun rights groups.

In the end, Sias’ endorsement from the National Rifle Association (NRA) meant less to Howard than Woods’ willingness to sign the RMGO survey.

“[Woods] just seemed more willing to put her name on the line, shall we put it, than Sias was this year,” Howard says. “[Sias] didn’t seem to be committing as strongly as she was.”

Criticism from the middle

With the primary season behind them, Woods and other RMGO-aligned candidates in swing districts now have to focus on winning over more moderate voters. And political observers believe that could be tough.

“They are going to keep Republicans in the minority for a really, really long time,” outgoing Representative Cheri Gerou (R-Evergreen) says.

Gerou, a moderate, is highly critical of RMGO’s impact on her party. She says groups like RMGO push her colleagues in safely-red seats ever further to the right while supporting primary candidates who can’t win general elections.

In answer to that charge, RMGO’s Dudley Brown points to recent presidential history.

“Those people who suggest that moderation is the key to victory clearly were not paying attention when John McCain and Mitt Romney and other relatively liberal Republicans lost in miserable defeats,” Brown says.

You may be wondering whether Democrats face anything similar: are there liberal organizations out there pushing candidates to sign onto their views and targeting the ones who don’t?

Those who work in Democratic politics say there’s nothing really equivalent. Abortion rights and labor groups do survey candidates and base their endorsements on the answers. But they look at Democratic primaries strategically as a chance to support the most viable candidate for the general election.

“We’d rather have a majority with people we can talk to than have a minority with everybody who agrees with us,” says Laura Chapin, a political consultant who works with numerous left-wing causes.

At the federal level, Brown’s organization, the National Association for Gun Rights, is bringing the same take-no-prisoners tactics to Congressional primaries. The organization has already spent around $170,000 this election cycle and bills itself as the country’s second largest Second Amendment organization.

Colorado Public Radio asked Brown whether his eventual goal is to eclipse the National Rifle Association in the national tug-of-war over gun rights. He had an answer ready. “You guys don’t call the NRA in Colorado,” Brown says. “I mean, everybody calls us.”

Republican candidates in Colorado are likely to keep calling Brown too:  Tuesday's primary results only helped cement his role as power broker. But those in the party focused on winning back the state Senate will have to wait until November to find out whether RMGO's electoral picks pan out.