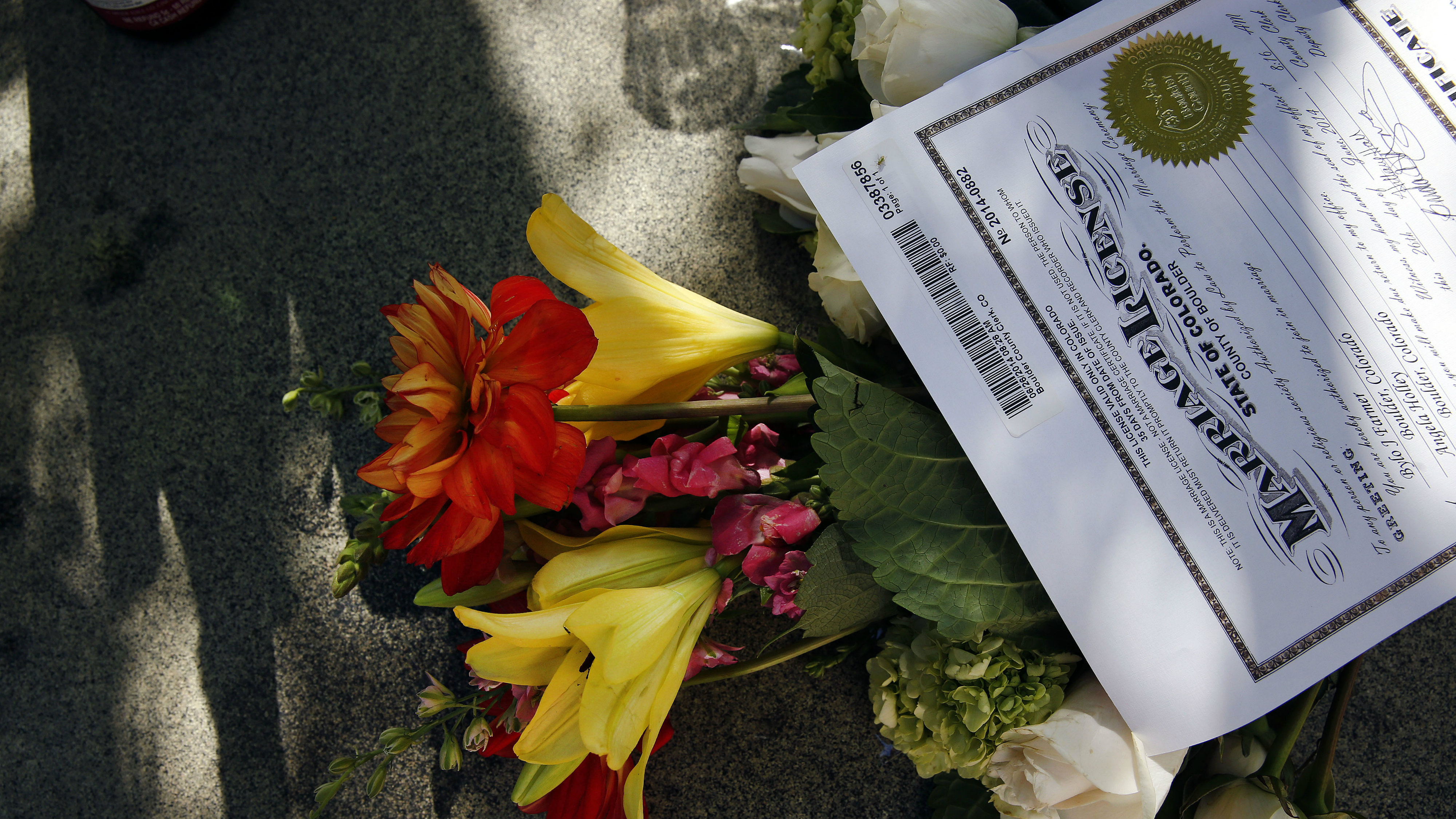 There may be a new player in the coming showdown between the state and Boulder County over same-sex marriage.

But one gay couple who received a marriage license has filed paperwork to join the case. The couple argues that recent federal court rulings prove Colorado’s law banning gay marriage is unconstitutional and they want the Boulder judge to throw it out

“My review of the law is that the due process clause requires that before anybody’s rights are adjudicated, they have to be given notice and a fair opportunity to be heard,” attorney Ralph Ogden says.

More than a hundred gay couples have married in Boulder since the county clerk started granting licenses last month.