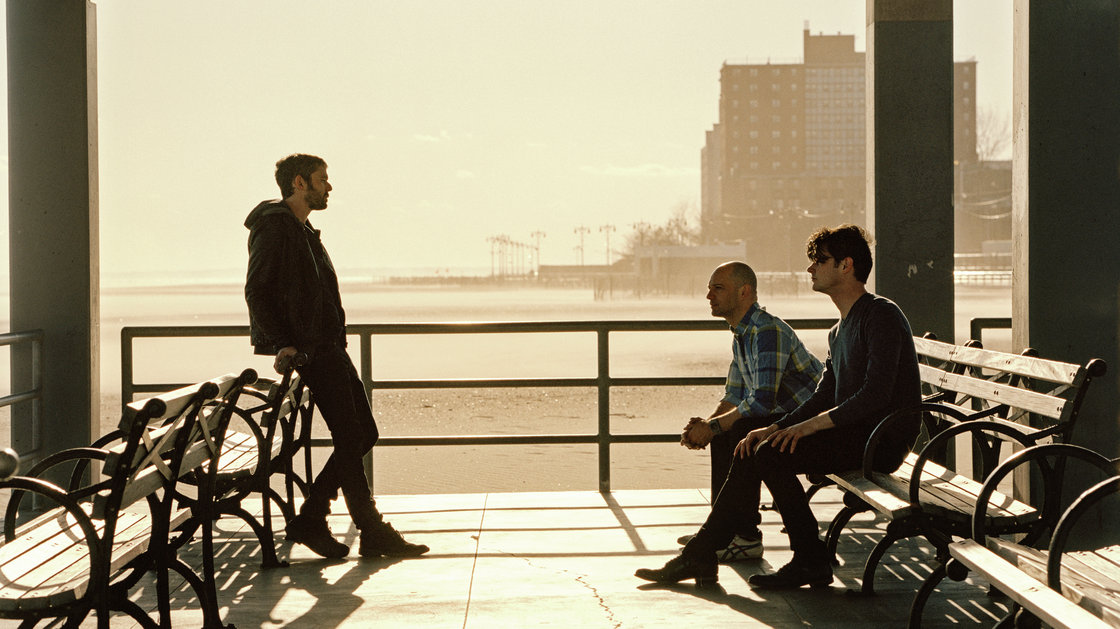 Silberman is the lyricist behind two of indie rock's most devastatingly emotional records in recent memory: 2009's "Hospice," which may or may not be a concept record about the dysfunctional relationship between a hospice worker and a patient with terminal cancer, and 2011's "Burst Apart," another skillful exercise in melancholy featuring song titles like "I Don't Want Love" and "Putting the Dog to Sleep."

"Familars," however, is Silberman's attempt to break from the "sad band" mold by crafting his project's most polished record to date. Its nine songs display the singer taking more risks vocally and finding moments of joy that he seemed to withhold on previous albums.

Read our entire interview with Silberman and listen to audio clips below:

“Familiars” is the band’s second release on the prominent record label ANTI, yet the band continues the trend of self-producing and self-recording its music. Why do you find that’s necessary?

It comes from our desire to have our hands on all parts of the creative process as much as possible. The production of the record is tied in to the writing of the record, we don’t necessarily think of them as two separate things.

The independence is definitely enviable, but I imagine it can slow things down, especially for a band like Antlers that seems to expand on the range of their sound with each new record. What are your strategies for maintaining a steady pace of output while on your own terms?

It’s weird, I think I find myself trying less to keep things going at a quick pace or a ton of forward momentum. If anything, I spend more effort keeping things moving slowly and patiently.

There’s always an inclination to rush through a song. Like the second you have a guitar riff or vocal line or lyrics to be like “OK, this song’s done, let’s move on.” I find myself more and more interested lately in what happens when you capture that idea and then give yourself time to meditate on it, to let things evolve over time and not feel pressure to rush through it. When it’s done, it’s done: not before that.

Nowadays with instant streaming and loads of music available at a moment’s notice that can be a tough thing to do. How do you cope with being in the rapidly paced digital age while being a band that rewards patience and repeat listens?

It makes us want to cater even less to short attention spans. We’re pushing against it and challenging the attitude of: make it quick, we’ve got a lot of stuff to go through. Why put it on if you’re trying to get to the end as quickly as possible?

Familiars is said to be influenced by the Tibetan Book of the Dead. What are the difficulties of trying to transpose notions from mystical and spiritual works into something more as earthly like rock music?

The Tibetan Book of the Dead was really not the focal text, just one people picked up on early on. I was working on a lot of different spiritual texts, and there’s no direct line from one to the other.

It’s more about the ideas that exist within them. Something about the Tibetan Book of the Dead and a lot of spiritual texts is that they’re talking about another world or state of existence. An indefinable place where the spirit travels to after death or in between reincarnations. That idea made its way into this record in a big way.

It’s a bit of a mental exercise of whether or not you take them at face value. I didn’t try to establish any kind of belief system. It was more: OK, let’s say that after you die there’s this intermediate state of reality before you’re born again. What is going to live on and does that spirit exist in you at all times? If it does, than what it it?

Do you believe the physical medium of the music can effectively or permanently capture something inherently intangible like the "soul" or the "spirit"?

Creating something on record makes it more permanent in a way, but I think all things are impermanent by nature. Even the record is a bit of an illusion. Our records are going to exist after I’m gone because they’ve been disseminated to people, but they’re not going to last forever either.