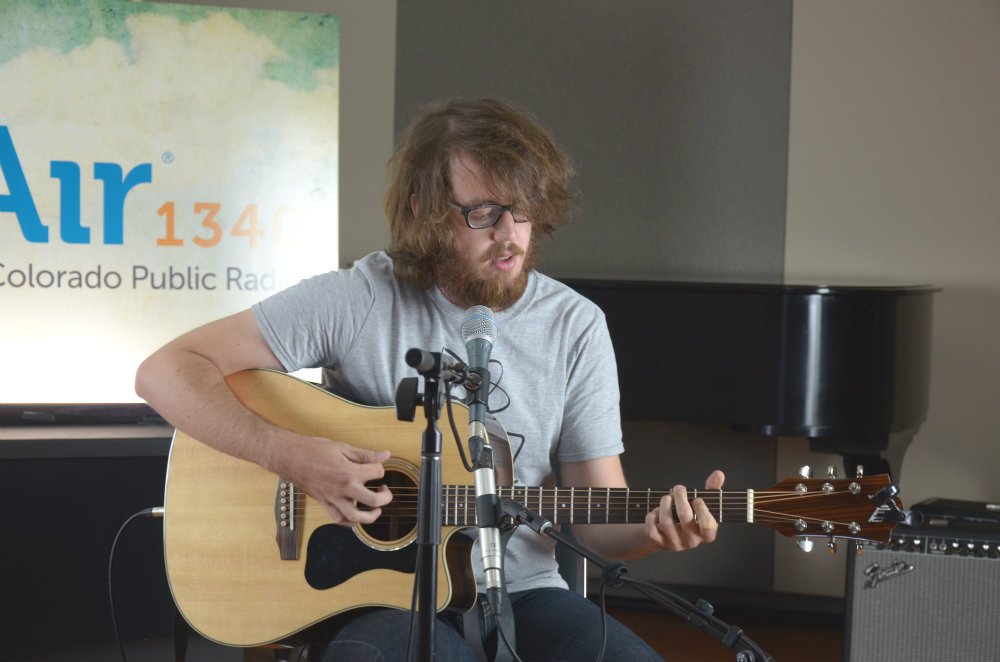 (Photo: CPR / Daniel Mescher)The latest album from Cloud Nothings, "Here and Nowhere Else," is one of 2014's most memorable punk rock records. The Cleveland band expands their knack for melody and hops around time signatures on great cuts like "Psychic Trauma" and "I'm Not Part of Me."

However, when frontman Dylan Baldi stopped into the CPR Performance Studio this week prior to the band's headlining show at Larimer Lounge, we ended up getting de-constructed versions of these tunes and more. Baldi performed solo with an acoustic guitar, allowing us to see the bare bones of these catchy but complicated rock songs.