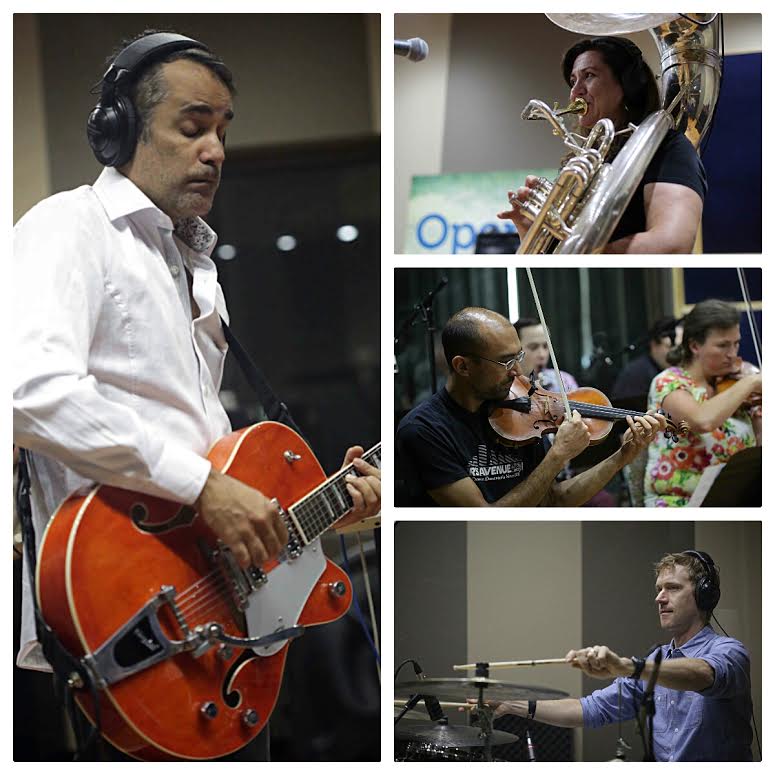 As in the past, the collaboration will provide new spins on established classics including "100 Lovers," "A Mad and Faithful Telling," and other records from the eclectic local band. Fellow Colorado acts Elephant Revival and Gregory Alan Isakov, both headliners in their own right, will open.

Prior to the Red Rocks show, we were thrilled to have DeVotchKa stop into the CPR Performance Studio for the third time in OpenAir's brief lifetime.

And not only did the mega-talented quartet of multi-instrumentalists Nick Urata, Jeanie Schroder, Tom Hagerman, and Shawn King turn up for another great session, but they brought some musicians from the Colorado Symphony with them.

In addition to playing three songs, Urata, Hagerman and symphony principal trumpet player Justin Bartels chatted with Keefer Fulgham about the thrills and challenges of adapting a band's arrangements to an orchestral setting.

Stream the entire session above, and don't miss DeVotchKa with the Colorado Symphony on July 17 at Red Rocks!