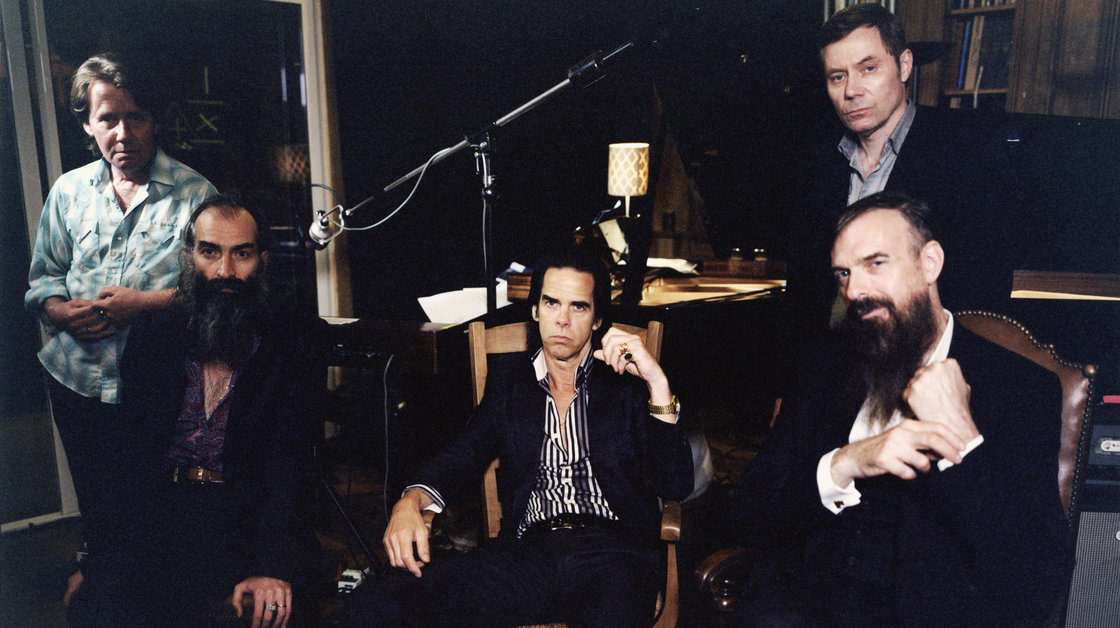 (Photo: courtesy of the artist) Our next Recommended If You Like feature covers the enigmatic Australian singer-songwriter Nick Cave.

Cave is the subject of the upcoming feature film “20,000 Days on Earth.” It’s being marketed as a documentary, but Cave apparently helped co-write the script (he’s written two features himself), so the film may have a couple tricks up its sleeve.

If you’re a fan of Cave’s work with the Bad Seeds, which has been capriciously dubbed everything from “goth rock” to “post-punk” to “experimental,” here are a few other acts to check out, including further dives into the vastly rewarding Cave catalog.

Both The Birthday Party, formed in 1978 with future Bad Seeds Mick Harvey and the late Tracy Pew, and Grinderman, which featured three current Bad Seeds, thrived on chaos. In the former’s case, it was anarchy pure and simple: songs rarely stuck to any type of songwriting convention, testing the threshold of the listener’s tolerance for noise and dark humor.

Grinderman, which lived from 2006 to 2011 with a one-off show last year, was another avenue for Cave to cut loose, following a decade of more subdued Bad Seeds albums. Unlike the Birthday Party, the band controlled its chaos somewhat into two thrilling alt-rock records. Of course, this being the work of a mad genius, one would fail to draw parallels between any of the short-lived act's contemporaries.

Colorado native John Grant shares more than just a baritone with Nick Cave. His dark and acerbic songs unabashedly blur the line between art and autobiography to the point where, like Cave's work, one can only wonder (and hope) that the grittiest details are rooted in fiction.

This Scottish alternative group was a contemporary of Cave for nearly two decades before their breakup in 1997. Like Cave, Cocteau Twins always dwelled (and thrived) outside of the mainstream, gathering a legion of cult fans with dreamy yet shadowy post-punk that, above all, sounded like nothing before it. Characterized by Elizabeth Fraser’s otherworldly and indecipherable lyrics and wintery guitar tones, the band set the stage for the so-called “shoegaze” movement in the early ‘90s.

The Handsome Family’s music tends to be more unplugged than Cave’s typical output, that is, if you can call anything Cave does typical. But the Southern Gothic influences (songs about murder, religion, and the supernatural) are strikingly apparent in both acts: no wonder the acclaimed HBO crime drama "True Detective," set in rural Louisiana, opted to use both artists in the show’s soundtrack. The gritty folk ballad “Far from Any Road” served as the theme song; it features lines like “When the last light warms the rocks and rattlesnakes unfold / Mountain cats will come to drag away your bones,” which would be welcome on a Cave album.