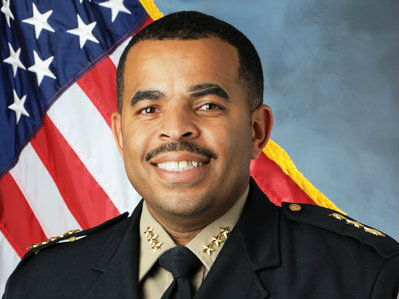 (Photo: Courtesy Denver Sheriff's Department)Denver's new interim sheriff has a misdemeanor criminal record for lying to a judge about having car insurance.

A state criminal background check shows that Elias Diggins was charged with attempting to influence a public official, a felony, after being caught in the lie following a car crash in 1996, when he was 23.

Diggins told KMGH-TV that he later pleaded guilty to making a false report, a misdemeanor. He says he regrets his actions and has learned a lot from the experience.

On Monday, Mayor Michael Hancock named Diggins to take over the department temporarily after a series of embarrassing allegations of excessive force and misconduct throughout his department.

It's not clear whether Hancock knew about the misdemeanor plea at the time.