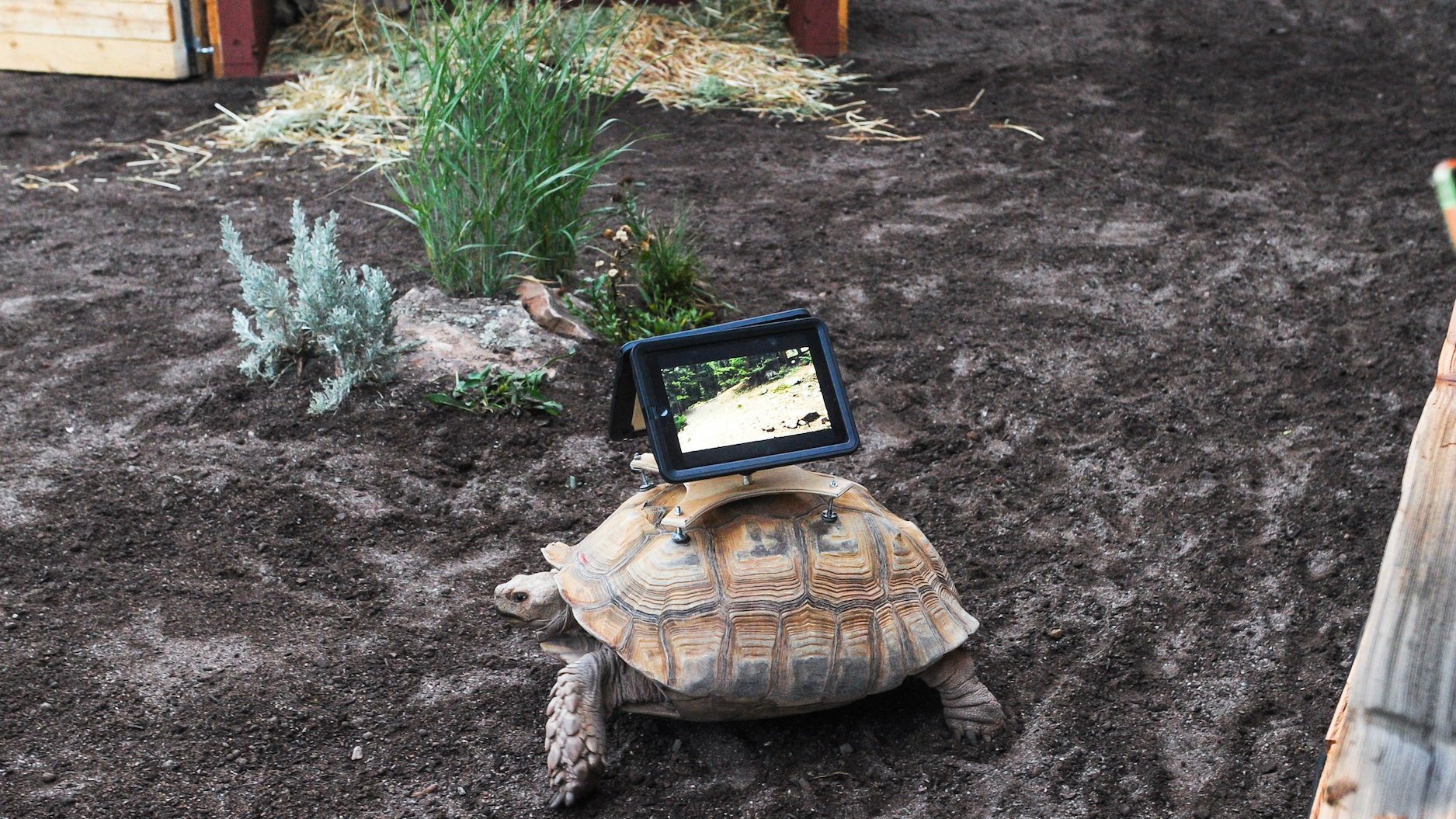 The devices will play video from three Colorado ghost towns. The footage was recently captured by iPads mounted on the tortoises.

“This is wrong on so many levels,” longtime Aspen resident Lisbeth Odén says.

Odén drafted the petition calling for the museum and artist to remove the iPads from the tortoises and return the reptiles to their natural habitat or a sanctuary. More than 900 people from Colorado and other states have signed the petition supporting the protest so far.

“Art at the expense of another being is not art,” Odén says. “I don’t think animals should be used on display for human entertainment.”

The exhibition, commissioned by the AAM, begins August 9, and coincides with a 24-hour event celebrating the opening of the museum’s new $45 million facility.

"The Aspen Art Museum is a contemporary art museum that provides a platform for artists to present their artistic vision with a freedom of expression," spokesperson Sara Fitzmaurice says. "It is not the museum’s practice to censor artists."

Museum officials partnered with Aspen veterinarian Dr. Elizabeth Kremzier to transport and monitor the tortoises after they were rescued from a breeder in Arizona.

"Without question, the welfare of the tortoises has taken the highest priority in every stage of this exhibit," Kremzier says in a statement. "The environmental and nutritional needs of the animals have been met and are monitored closely."

Odén, who has worked with turtles while volunteering for the Clinic for the Rehabilitation of Wildlife in Florida, says she’s concerned about the sensitivity and fragility of the tortoises’ shells.

However, according to an AAM statement, the tortoises are capable of withstanding a significant amount of weight:

The iPads on their backs during the exhibition hours provide very little extra weight and were determined to have no risk or harm to the tortoises.

The AAM is also working closely with the Turtle Conservancy in New York to find new homes in conservation and educational facilities following the art exhibition.

Despite an exhibition space made to resemble the creatures' natural habitat, Odén still questions the artistic value of the art show.

“These tortoises aren’t even indigenous to this area,” Odén says. “Why are they here? They don’t represent anything that has to do with Aspen.”