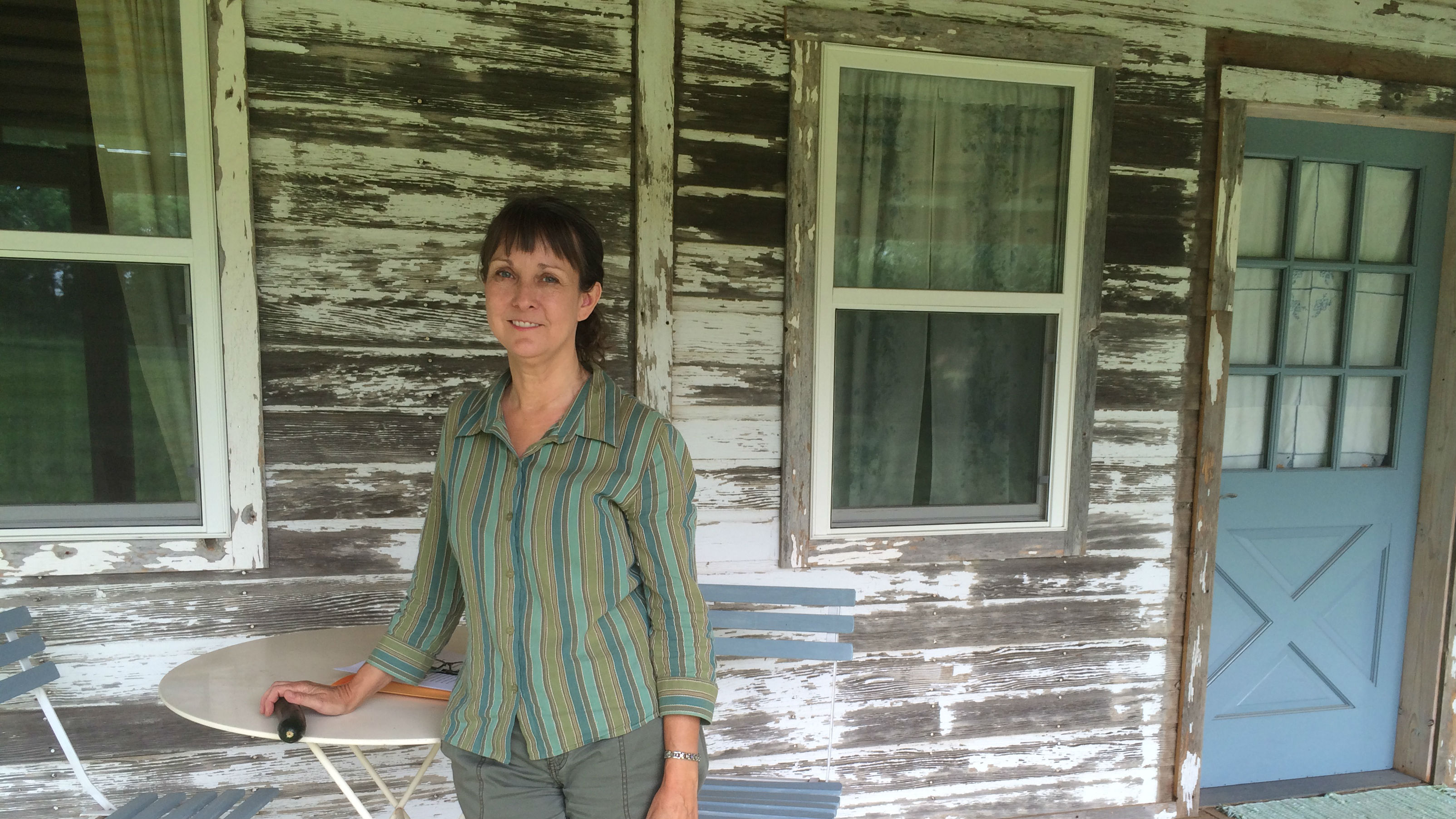 (Photo: CPR/Chloe Veltman)Often, you don't have to buy a box seat and put on a tiara to experience great art in Colorado. In our new "Random Acts of Culture" series, we invite Coloradans to share stories about unexpected arts experiences that happen around every street corner.

The summer of 2012 was hot and dry along Colorado’s Front Range. At Stonebridge Farm, we tried to anticipate what we should do next. Apples and raspberries were ready early. Would the wine grapes in our vineyard ripen ahead of schedule too? We abandoned the stifling upstairs bedroom in our old farmhouse and quit checking the weather report, figuring “Hot” was in the forecast and we’d rather not know how hot “Hot” would be.

And then it rained. Not just a few drops to sprinkle the arid earth -- a real rain that brought much needed moisture to our area.

But that sounds like a weather report. Here’s what really happened:

When the rain came, I was playing old-time music on the back porch of our Sunflower Community Room. We gather there once a month to share three hours of old-time groove with a revolving group of dedicated experienced and aspiring musicians. I’m not much good on the mando yet, but I know when a song really moves, when the music seems to find itself in the rounds of repetition, part A following part B, whirling us away in merry abandon until someone lifts their foot to signal the last go-round.

We were playing out on the screened porch to try to catch any breeze a breathless evening offered when we glanced an unanticipated flash of lightning strike west of the farm toward Long’s Peak. I still hadn’t checked the weather report, having conceded the inevitability of many hot July days to come. Our June temps had been the hottest on record since 1977, following a May and April of similarly record-shattering warmth. We’d been so many weeks without a real rain, even the possibility of rain had grown dim. With only a few slight showers in the previous two weeks bringing little rain but many lightning strikes to start some of Colorado’s worst fires, any sign of lightning was sobering. I’ve lived here long enough to know that lightning near Long’s means a storm is on its way. Still, that night a real storm didn’t seem particularly imminent.

I don’t remember which tune we were playing when the rain came. Some say it’s all the same song anyway, and they’ve got a point. Old-time music draws on endless variations of melodies within a given key, but the fact that each is named and remembered proves their distinction. The names themselves are part of the music’s charm; names like "Bear Went Over the Mountain"; "Sally’s Got Mud";" Sweet "Milk and Peaches," and "Run Down Boot" portray the down-home feel-bad feel-good sense that playing old-time brings.

Perhaps we were playing Garfield’s "Blackberry Blossom," a traditional song that pre-dates that president (a relatively newer “old-time” song, Nixon’s Farewell, commemorates another). And then the wind picked up, blowing one strong gust through the porch that sent me flying into the community room to shut doors and windows before the tablecloths were thrown askew. Thinking the storm wouldn’t amount to much, I went back to the circle to join another round.

When we were knee-deep in the next tune, the rain began, barely a few drops falling before the thick clouds opened over Stonebridge, pounding the tin roof over our heads. When lightning cracked above us, we raised our eyebrows and glanced first at each other and then outside at the dimming light without skipping a beat as the rain poured down around us.

Which would finish first, the song or the storm? Another flash of lightning decided the debate. The rain had more staying power than we did. As we finished the tune, we turned to each other, surprised at what we’d come through. “We brought the rain!” we cheered. A real rain. A cloudburst. A thunderstorm that promised more moisture to the fields than anything we’d seen in months.

The rain poured for 10 minutes and left puddles in the ruts of the driveway outside. A few people left to get home before dark and a few more arrived with umbrellas. As we began another tune, the wind blew cold across the porch. After so many weeks of heat, it felt good to be chilled -- until it didn’t and we moved inside to finish the evening with a few final old-time tunes.

As we left the Sunflower Room with our instruments, the nearly full moon filled the puddles in the road with light. The night breeze hummed the storm’s exuberant passing, a melody of moisture replenished, crops revived, and farmers and musicians refreshed anew.

Even in the moonlight, the farm looked relieved, like it might make it through the season after all. The hottest months weren’t over and our ditch could run dry yet, but we were happy for the reprieve of a rainstorm and the return of green.

Kayann Short, Ph.D., is a writer, farmer, teacher, and activist at Stonebridge Farm, an organic community-supported farm in the Rocky Mountain foothills. “When the Rain Came” is an excerpt from her memoir, A Bushel’s Worth: An Ecobiography, published by Torrey House Press.