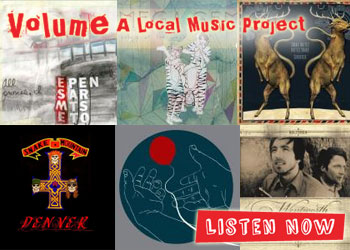 The service also pays the artists for sharing their work.

DPL card holders can stream this music by logging in to the library’s online system like one would do to renew a book or pay an overdue fee. Volume users can then create and share customized playlists, as well as download whole albums or individual tracks as mp3s.

“We proposed the project originally as a way to offer some unique content not available at big-box stores,” DPL collection development representative Joan Hansen, who spearheaded the Volume idea, says.

Hayley Helmericks is a DPL employee and the vocalist for Denver band Snake Rattle Rattle Snake, whose “Sineater” album is available through Volume. Helmericks served on the committee to create Volume along with a number of other local musicians.

“Only a couple other national library systems have attempted something like this,” Helmericks says in an email, citing Iowa City as an inspiration for Denver’s service.

As someone with stakes in the development of both the library and the Colorado music scene, Helmericks has high hopes for what Volume may accomplish. 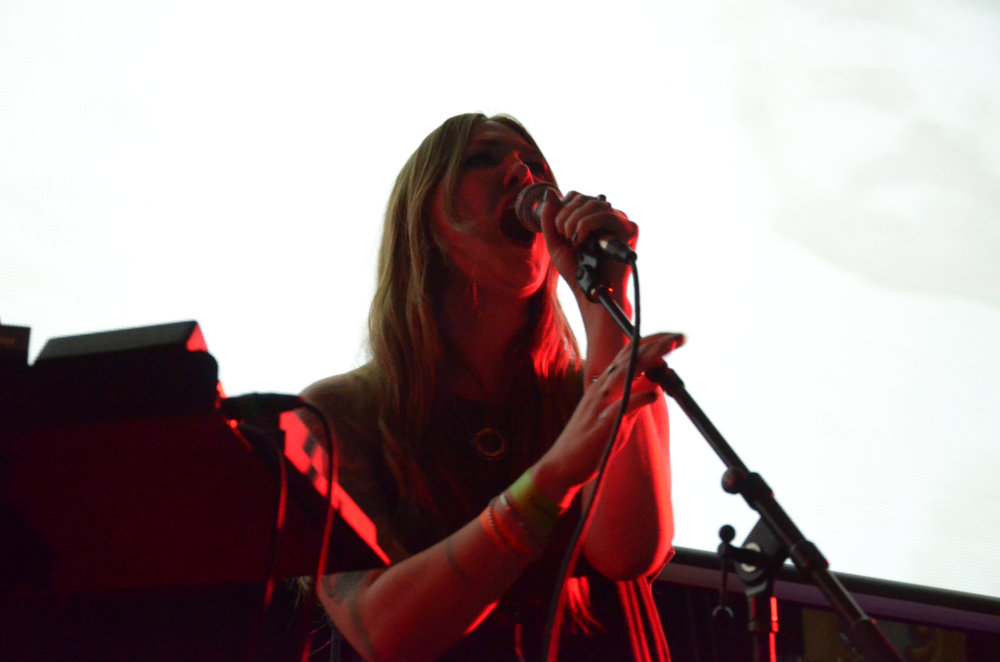 “Denver is coming into its own in a lot of ways right now and it seemed like a great time to point our patrons in the direction of local music," Helmericks says. "And as an artist, I am so interested in seeing how it will grow and tell the story of our music scene in the future.”

The music industry’s rapid shift from the physical to the digital has not gone unnoticed by Hansen, Helmericks, and their colleagues.

Volume provides a medium that appeals to listeners who prefer to discover music through online services like Spotify and eMusic rather than purchase CDs. It also allows DPL to stay up to date with artists who offer their music solely through digital platforms.

“Over the years we have purchased music CDs from local artists for our collection,” Hansen says. “We were noticing more and more things available as digital downloads only and we didn't want to lose out on that great content.”

All of Volume’s offerings are vetted through a process in which artists submit their music and a committee of DPL staff selects the records that are ultimately hosted through the website. The program organizers plan to host 100 albums per year on volumedenver.org to expose a wide variety of Colorado’s music output.

“I have already heard from a few new ‘fans’ after they discovered our music on the site,” Helmericks says. “That it is already reaching people that normally wouldn't hear our music is remarkable.”

In addition to offering visibility for the featured artists, Volume pays them to provide their work and let DPL cardholders download the music for the next two years, Hansen says.

“We wanted to pay them because we pay for the other content the library offers -- books, CD's, DVD's databases, etc.," Hansen says. "And we wanted to demonstrate that we value the partnership."

Helmericks says paying the participating musicians was a priority “from day one.”

“I think most bands would tell you that they would have happily allowed their music to be on Volume Denver for free," Helmericks says.  "The fact that the library insisted on paying shows their level of respect for the participating musicians.”

The decision has come as a pleasant surprise to some of the selected musicians, including producer and guitarist Ian O’Dougherty.

O’Dougherty plays with three of the acts featured in the Volume collection: Ian Cooke (who has two entries), Eolian, and metal band Tauntaun. O'Dougherty was paid for each of these acts' entries.

While the amount he earned was modest ($100 per album, according to the artist and confirmed by the library), O’Dougherty was not anticipating to make as much money.

“I was expecting less or free,” the musician says.

In a detailed breakdown of the digital services his three projects utilize to make money for their music, O’Dougherty explained his income from the Volume project was greater than that of Amazon, eMusic, and Spotify.

It’s not a perfect comparison: for example, Spotify doesn’t allow users to download mp3 files of songs. But O’Dougherty didn’t agree to lend his music to Volume for purely financial reasons.

“For Eolian especially, but also Tauntaun and Ian Cooke, DPL is about exposure and also about being part of a great community of Denver music,” O’Dougherty says. “We're proud to be from here and proud that our library cares enough about the music community to make this happen. I appreciate that it is an effort to pay local musicians for their time and effort.”

Billy Armijo of The Bedsit Infamy, whose full-length “Ashes” was chosen for Volume, is also impressed with DPL’s willingness to provide financial compensation to artists, particularly since he does not often encounter that attitude.

“Most people seem to want to pay in exposure these days,” Armijo says. “To me, the fact that the DPL was willing to pay musicians for their work meant that they were serious about their submissions, their critiquing, and who made the cut to represent the Volume Denver Project. It’s all a reflection of their time and effort.”

Check out the Volume collection for yourself via the Denver Public Library website, and get info on DPL's 125th birthday event on Sept. 11 that will celebrate the launch of Volume.