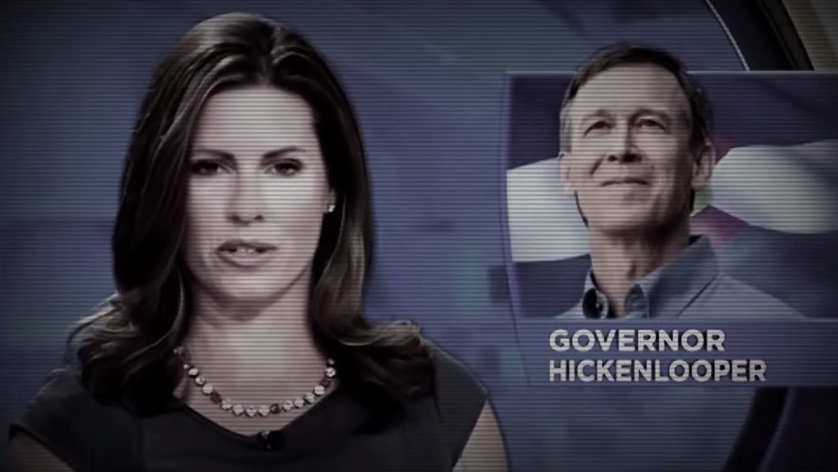 (Photo: Screenshot)The Republican Governor’s Association (RGA) gets back in the TV ad game this week to the tune of at least $1.25 million through October.

Those ads likely will be a continuation of a campaign disparaging Democratic Gov. John Hickenlooper that began in late August and continued through mid-September.

The RGA’s total of almost $3 million in political ad buys compares with almost $4.4 million in attack ads against Republican gubernatorial candidate Bob Beauprez scheduled by Making Colorado Great. The group is funded by the Democratic Governors Association, several unions and others.

But that’s just a portion of the nearly $80 million in political TV ads aired or scheduled to air in Colorado during the 2014 election season. As of Sept. 26, the ads would consume more than 33 days of airtime if run back-to-back.

Almost 40 percent of those ads have yet to air with a little over a month before Election Day, an analysis of TV station filings with the Federal Communications Commission shows.

Democrats have an edge over Republicans in overall ad spending:

But the two parties are even when it comes to ad contracts that began Sunday and run through Nov. 4:

This analysis doesn’t include political ads exclusively on cable or satellite TV.

And stations are inconsistent when filing ad contracts. For instance, several Denver stations haven’t filed contracts for groups on either side of Amendment 68, which would allow casino gambling at racetracks. I’ve emailed them asking why the contracts haven’t been filed.

And last week, KWGN filed ad contracts for a range of candidates and groups for ads that ran between March and July.

While the RGA’s re-entry in the governor’s race is the biggest news of last week, there were other notable buys:

Here’s a look at overall spending by advertiser:

And here’s a look at the ads scheduled to run between Sunday and election day: