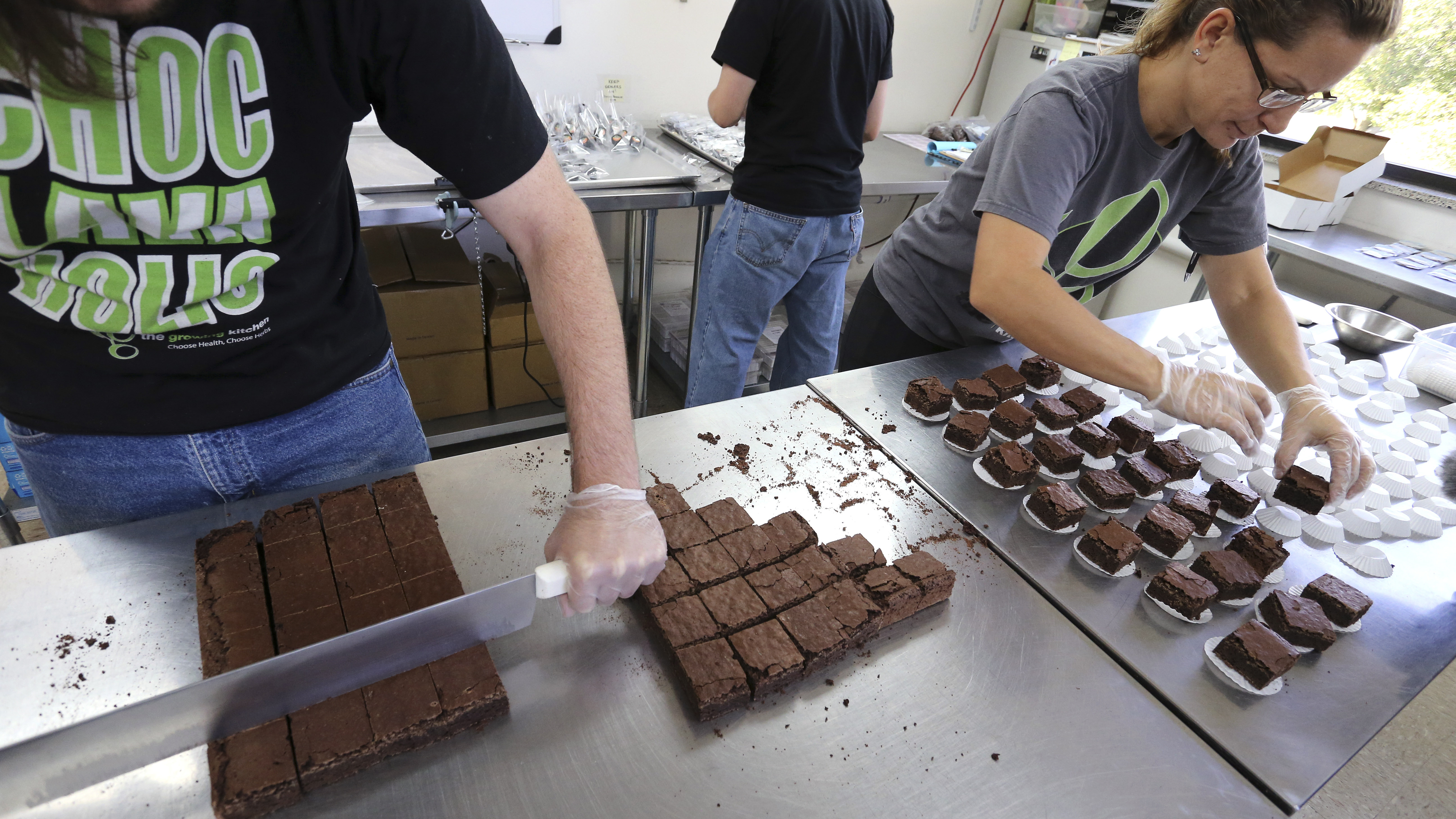 Recreational marijuana sellers are reaching out to novice cannabis users with a raft of edible products that impart a milder buzz and make it easy for inexperienced customers to find a dose they won't regret taking.

In many ways, the marketing shift is the pot-industry equivalent of selling beer and wine alongside higher-alcohol options such as whiskey and vodka.

"No one buys a handle of Jim Beam and thinks they should drink all of that in one sitting," said Tim Cullen, owner of two Denver-area marijuana dispensaries. "But people do want to eat an entire cookie, an entire piece of chocolate. So these products allow you to do that and not have a miserable experience."

Nine months into Colorado's recreational pot experiment, retailers have good reason to court new users. A market study released in July suggested 40 percent of customers in Denver-area recreational marijuana shops are tourists. That figure spikes to 90 percent in ski towns such as Aspen or Breckenridge. Tourists cannot shop in medical-marijuana dispensaries, so many of those customers may be buying legal weed for the first time.

New on the shelves in Colorado's recreational pot shops is the "Rookie Cookie," a marijuana-infused confection that contains 10 milligrams of marijuana's psychoactive ingredient, THC. That's a low enough dose that most adults wouldn't be too impaired to drive a car, defined in Colorado as a blood level of five parts per billion of THC.

Then there's a new marijuana-infused soda that's 15 times weaker than the company's best-known soda. The Dixie One watermelon cream soda contains 5 milligrams of THC — half of what the state considers a serving size — and is billed as "great for those who are new to THC or don't like to share." 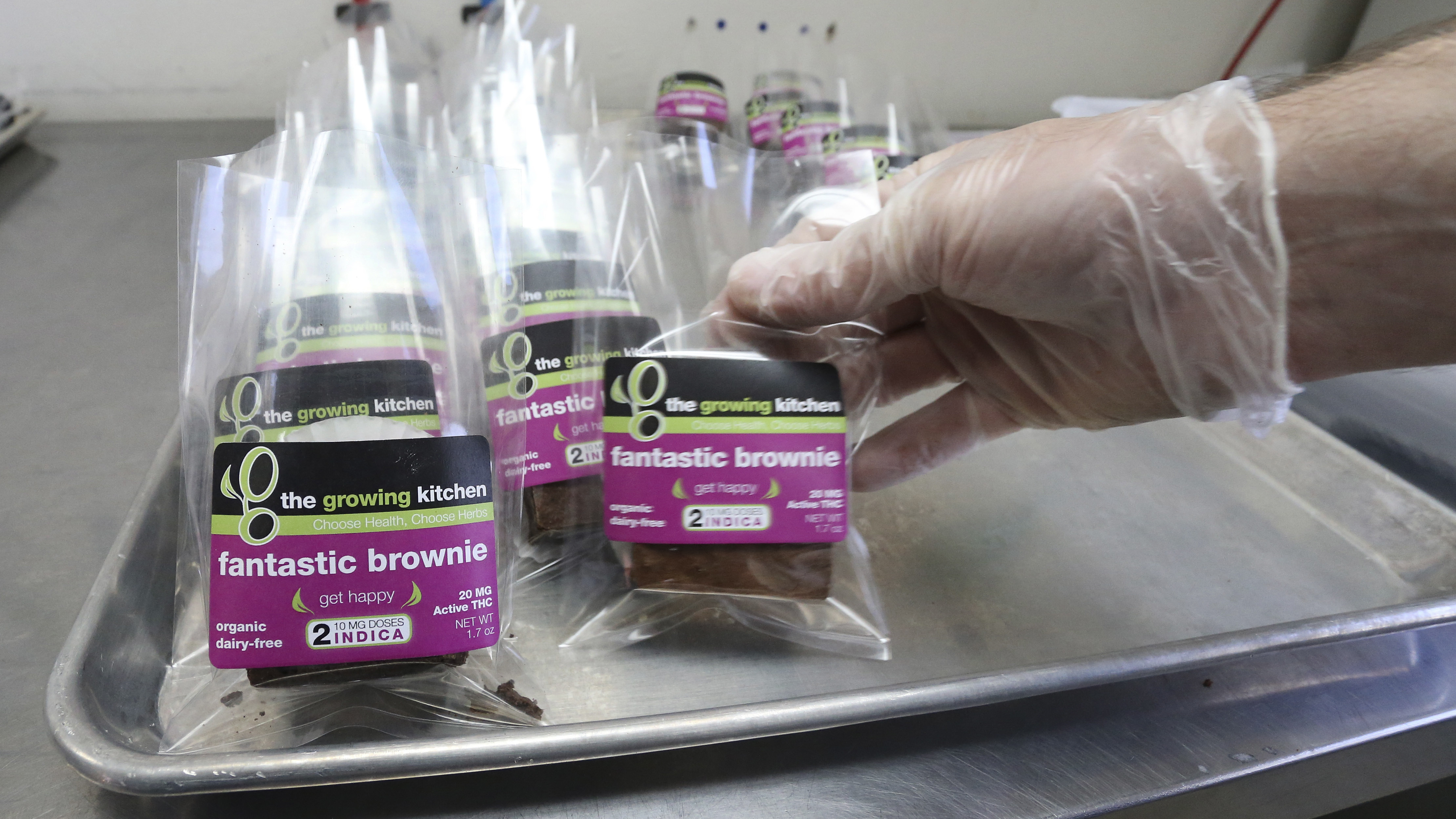 The wave of lighter choices comes as the new industry tries to pivot away from products aimed at frequent, heavy pot users to newer customers who weren't interested in the drug when it was illegal.

"For a long time, the medical market was a race to the strongest edibles. Now it's a new market, and people want something that won't get them so inebriated they're not functional," said Holden Sproul of the Growing Kitchen, which makes the "Rookie Cookie" and is phasing out some of its stronger offerings.

There's no publicly available data on which products are selling. But interviews with dispensary owners and marijuana producers suggest the lighter products are booming.

"We still get people walking in here saying, 'What's the strongest thing?' But more and more they're asking about flavor, the experience, the whole nine yards," Cullen said.

In Washington state, where sales of edibles are just beginning in recreational pot shops, some of the first licensed edible-makers are taking a similar approach.

The entire product line at Db3 Inc. in Seattle is based around the idea that consumers can control the effect they want — an idea based in part on market research that suggested people often had bad experiences because they over-consumed marijuana edibles.

Among the products Db3 hopes to get on retail shelves in the coming weeks are liquid drops that can be added to beverages in precise amounts.

"We recognize there are going to be a lot of nontraditional users coming into the market, or people who have used in the past a long time ago and who are just getting back into it," said Patrick Devlin, one of the company's founders.

There's more than market share at stake. Marijuana-legalization activists want to tamp down stories about pot users who got sick after eating potent medical-grade cannabis, an experience so common it seems everyone in Denver knows someone who endured it.

Most serious was the March death of a college student who had never tried pot before visiting Denver for spring break. The man ate a single cookie that contained 65 milligrams of THC then jumped to his death from a hotel balcony after his friends said he started acting erratically.

And New York Times columnist Maureen Dowd famously wrote in June of trying a marijuana-infused candy bar, after which she "lay curled up in a hallucinatory state for the next eight hours."

Colorado dispensaries have launched a "First Time 5" campaign of posters to encourage new users to take a 5 milligram half-dose of marijuana to make sure they don't overdo it. A marijuana advocacy group has taken out billboards and magazine ads with the tagline "Start Low, Go Slow."

At least one marketing expert warned that pot producers need to be careful not to claim their products won't cause intoxication.

"Is it too early in the industry to go claiming what's a low dose and what's a medium dose?" asked Claire Kaufmann of Portland, Oregon, who consults for manufacturers and runs a "Rebranding Cannabis" blog. "We want to create a place for new consumers in our industry. We just need to be aware that we don't get ahead of the science."