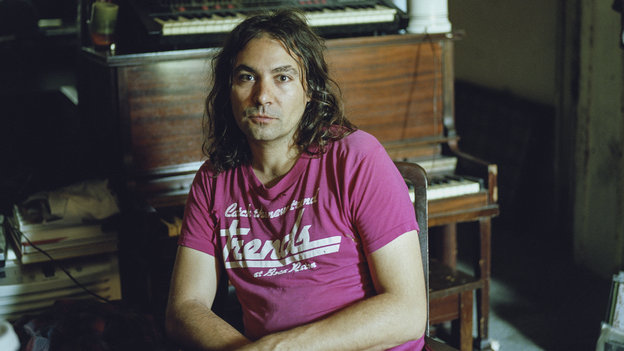 (Photo: courtesy of the artist)The War on Drugs has fielded some awkward criticism over the last few weeks, namely in the way of a week old song written by Mark Kozelek of the folk-art group Sun Kil Moon. Regardless of how creepy and weird the guy is for writing that song, The War on Drugs have remained relatively quiet on the matter and showed up in Denver last Friday for a solid show.

Having played Boulder the night before, the band attracted a full crowd at The Ogden Theatre early on a chilly Friday evening. Most arrived in time to catch opening band The Barr Brothers’ pleasant and commanding set. By the time the Canadian folk group played their last song the place was packed. If the Ogden wasn’t sold out by then, it was close, regardless of The War on Drugs making an appearance at the Bluebird Theater earlier this year.

The Philadelphia-based band, led by Adam Granduciel, opened with a track from their early discography, “Arms Like Boulders.” Granduciel delivered '80s Dylan-esque vocals over vast landscapes of rich sound, sustained guitars, drum machines and airy synths. An addition to the touring lineup is the bass saxophone, which provides a wonderful deep layer to their already large and open sound.

They’ve been touring the 2014 critically acclaimed album “Lost In The Dream” around the world. Granduciel has worked to make this act a strong touring band, and the hard work is evident when they play such tracks like “Burning” and “Eyes to the Wind.” These songs started off small and grow into behemoths, filling every nook and cranny of the Ogden. The band is known to play at least one cover per show, this time deciding on “I Hear You Calling,” by progressive folk singer Bill Fay.

The concert ended with a three song spread found on 2011’s “Slave Ambient,” all arguably highlights from the album: “Your Love Is Calling My Name,” “The Animator,” and “Come To The City,” together a chill-worthy march in the vein of classic Springsteen tunes.

The War on Drugs is a drive through the foothills on a sunny morning, windows down, the crisp morning air before it warms by the rising sun. Then the rolling hills open up and you can see everything: at least everything you want in that moment. A band worthy of adding to the road trip mixtape that’ll make your foot press down on the pedal as you lust for the next hill over the vast range of this great country.