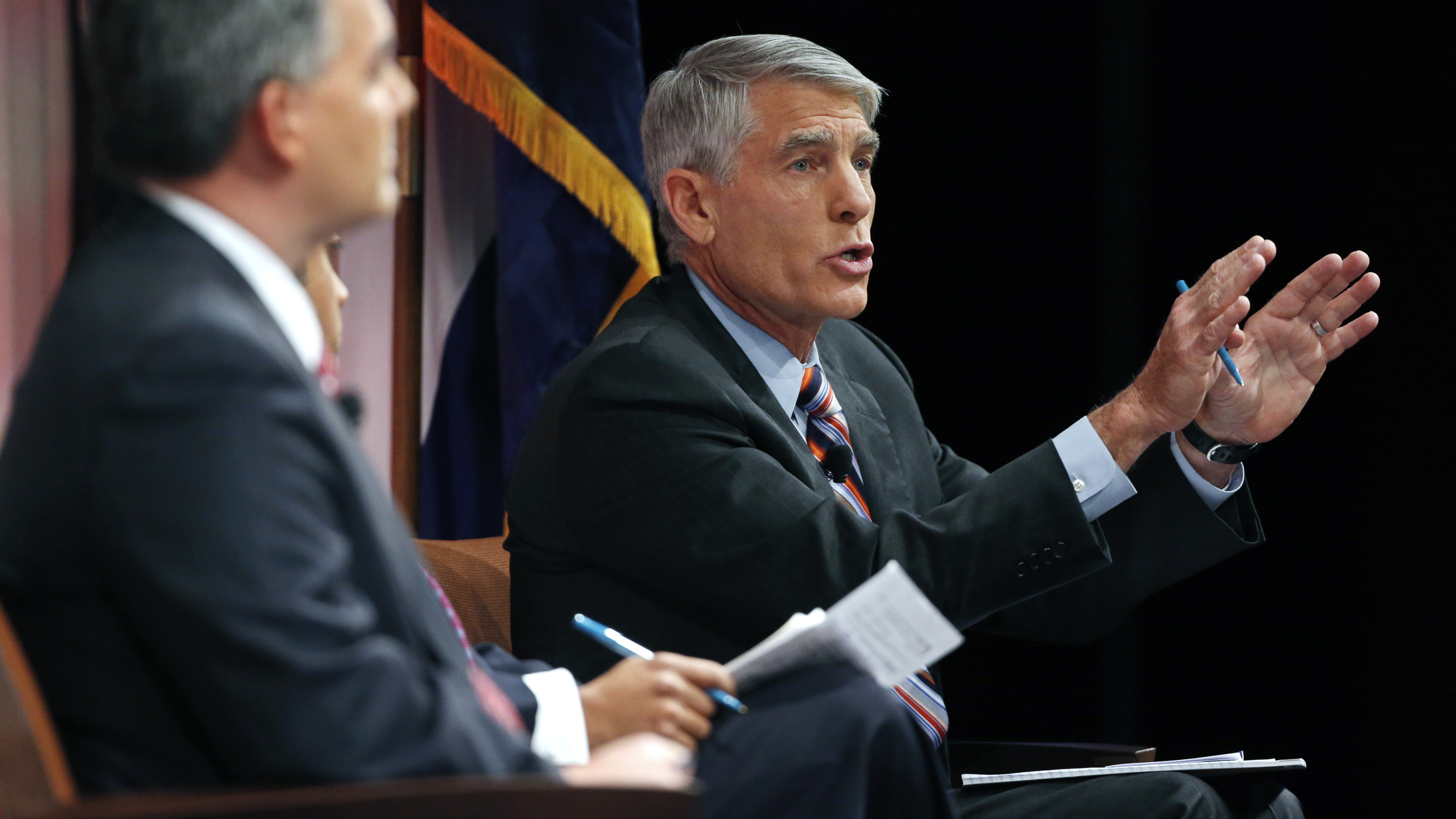 As ballots were mailed out to Colorado voters on Tuesday, Democratic Sen. Mark Udall released two television ads that amount to what is effectively his campaign's closing argument — the first touting him as a western maverick who pushed back against government surveillance, the second attacking his Republican challenger for opposing abortion rights.

Udall is enmeshed in a tight race against Rep. Cory Gardner, and polls have shown the contest deadlocked for months. Colorado's new election law, passed by its Democrat-controlled state Legislature and signed by its Democratic governor over Republican protests, are expected to help Udall as he seeks a second term.

Citizens can turn in their ballots and register to vote through Election Day, giving an edge to large get-out-the-vote efforts that Democrats have excelled at in Colorado.

But the air wars continued on Tuesday, with Udall seeking to distance himself from the deeply unpopular President Barack Obama in an ad in which he says: "Mass collection of our phone and internet records started under a Republican President, continued under a Democratic one. I won't tolerate it."

The ad touches on one of Udall's signature issues, which he regularly mentions on the campaign trail but has yet to discuss in televised advertising.

Udall's second ad covered more familiar ground, featuring a female OB-GYN criticizing Gardner for voting to cut funding for women's health clinics, opposing abortion rights and continuing to sponsor a federal bill that could bar all abortions and some forms of birth control — though Gardner has disavowed a state version of that effort.

Democrats have repeatedly won top-of-the-ticket races by focusing on reproductive rights in a state where suburban women decide elections.

But Gardner has pushed back this year, proposing to make birth control pills available over the counter. Republicans have mocked Udall's relentless focus on women's issues.

Also on Tuesday, the conservative group Ending Spending said it was spending $2 million on an ad quoting The Denver Post's endorsement of Gardner that criticized Udall's "obnoxious, one-issue campaign."