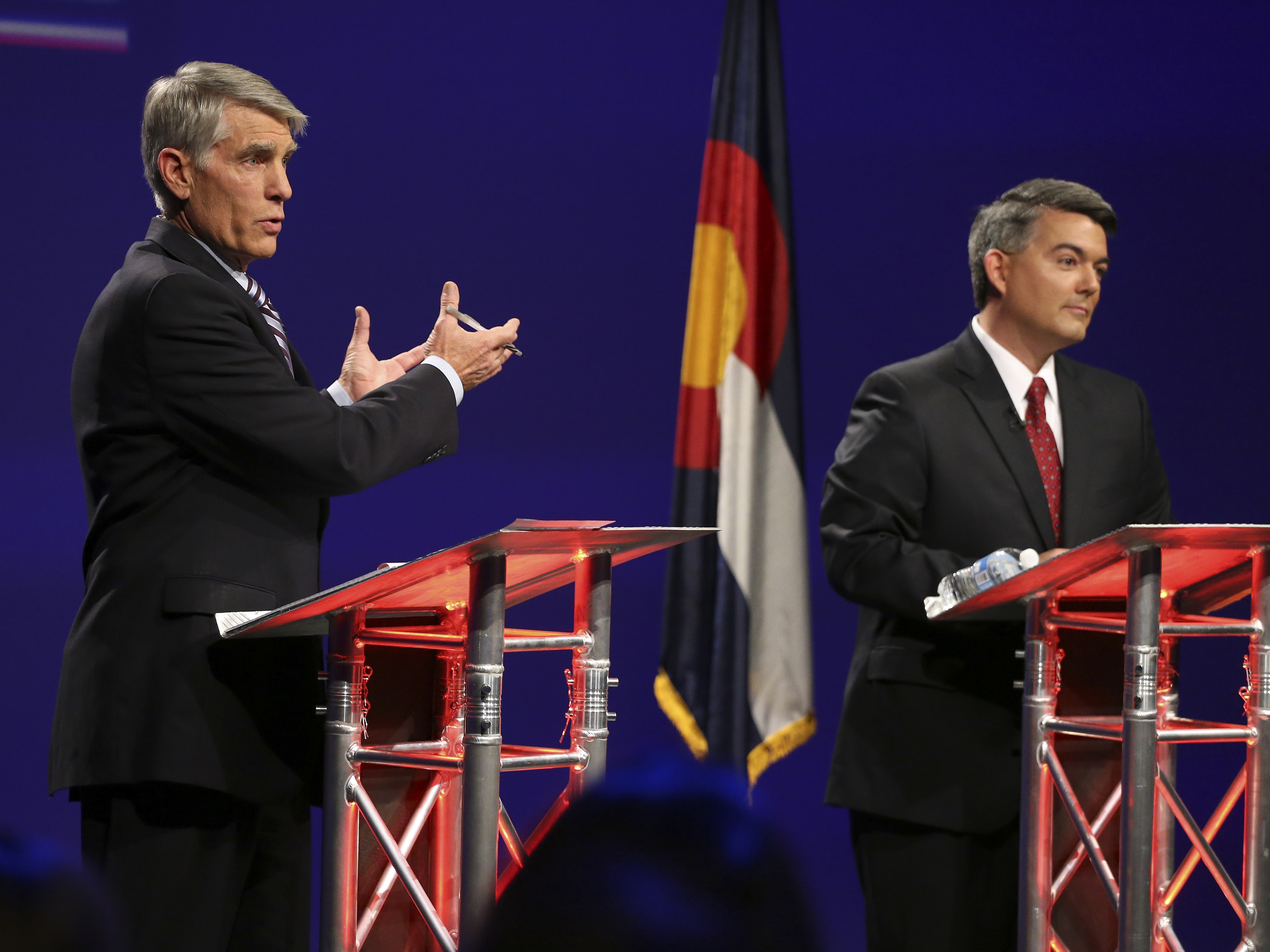 Colorado's Senate candidates struggled to pin the other down on energy policy and reproductive rights Wednesday in their fifth and final debate.

Neither Democratic Sen. Mark Udall nor Republican Rep. Cory Gardner had much luck, though.

The televised debate laid out familiar themes in the neck-and-neck contest that could determine whether Republicans gain the six seats needed to take control of the Senate.

Udall attacked Gardner for keeping his name on a bill most interpret as an effort to convey rights to unborn children, a concept known as "personhood." Gardner insisted after several questions from moderators and Udall that the measure isn't "personhood," a concept that abortion should be banned even in cases of rape and incest.

"I have answered this question multiple times," Gardner replied when pressed, conceding that he once supported "personhood" but no longer does. Gardner didn't say why many interpret a House bill with his name on it as a "personhood" measure.

Udall dodged questions, too. He wouldn't elaborate on an acceptable carbon tax, though the Democrat supports a carbon tax and says Colorado is ready to support one.

"The market will set a price," Udall said several times without specifying an amount.

The dodges prompted a jab from moderator Kyle Clark of Denver's KUSA-TV. Clark said he likes to see candidates question each other because "you guys get to see what it's like to ask questions and not get straight answers."

The candidates were more forthcoming about their differences on the nation's Ebola response.

Asked whether the nation should ban travel from West Africa, Udall said not unless health officials call for one, which they have not. Gardner called for an immediate travel ban from West African countries fighting Ebola.

The two agreed completely on marijuana, both saying that they personally opposed legalization but that Colorado should now be left alone to pursue the experiment.

"The people of Colorado have made their decision," Gardner said.

And both had quick answers when asked to name the last time they fired a gun. Udall said he used a shotgun while skeet shooting last year, and Gardner talked about dove hunting this fall.

The debate took place as voters begin to receive their mail-in ballots under Colorado's new election system. Citizens have up to Election Day to register to vote and cast their ballots.