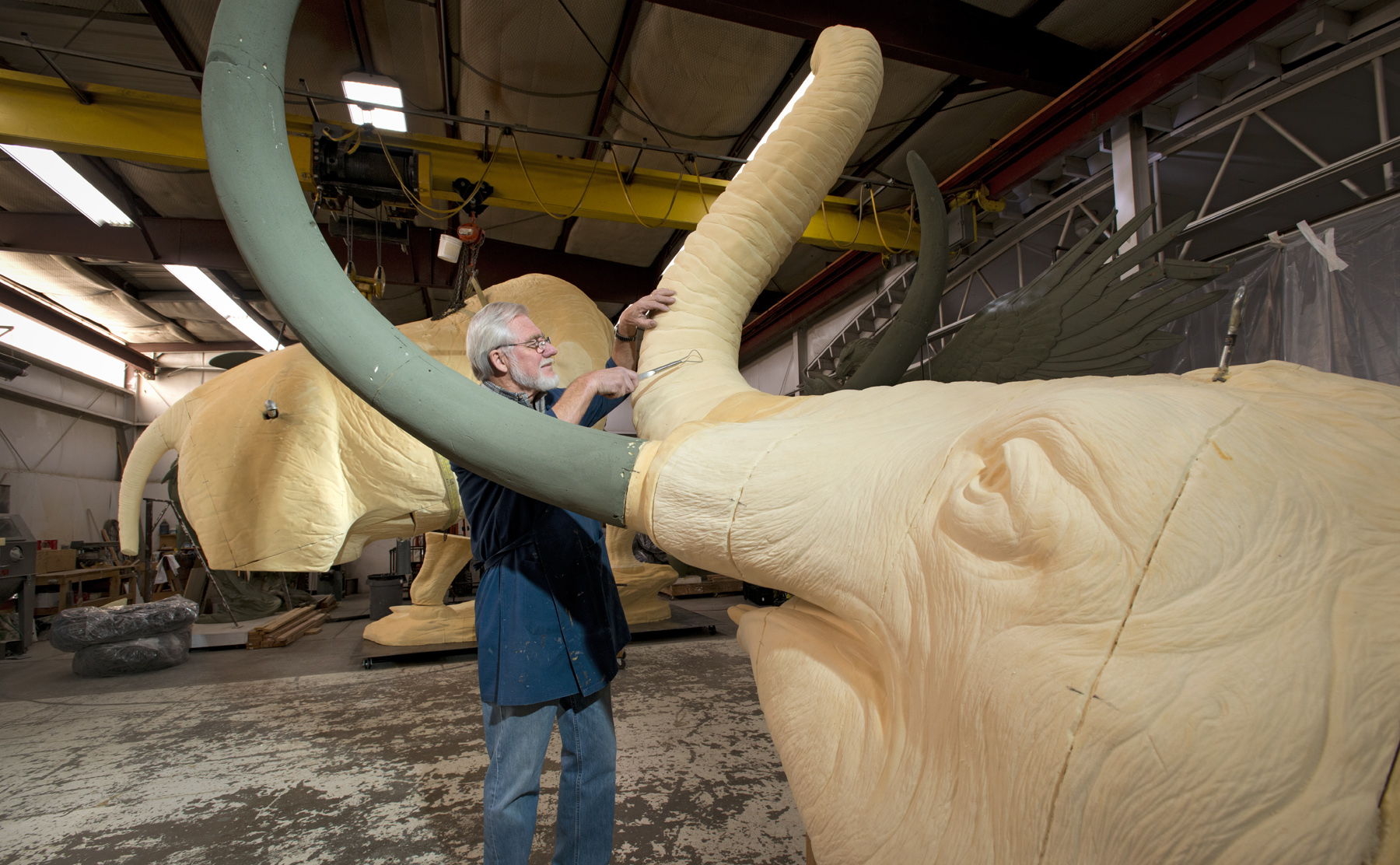 The trunk of his latest sculpture, titled “Snowmastodon,” reaches up toward and nearly touches the ceiling. The Denver Museum of Nature and Science (DMNS) will officially unveil Ullberg’s new bronze sculpture on Thursday.

“It’s so large, and that was one of the challenges,” Ullberg, who is recognized as one of world’s foremost wildlife sculptors, says. “I love nature and I like to interpret it in a way that people can understand, like an artistic language. To have a sculpture here that helps the museum’s mission is an incredible honor.”

Funded by the Dea Family Foundation, the monument commemorates one of Colorado’s most significant scientific discoveries in natural history.

Scientists found the largest accumulation of American mastodon fossils to date near Snowmass Village after unearthing a preserved Ice Age site in 2010.

Ullberg spent two years creating the bronze sculpture, which weighs more than 5,000 pounds. He worked with mastodon expert Dr. Daniel Fisher of the University of Michigan as well as DMNS paleontologists Dr. Ian Miller and Dr. Kirk Johnson, who is now the director of the Smithsonian's National Museum of Natural History in Washington, D.C.

“I’ve tried to get it absolutely anatomically correct and scientifically right,” Ullberg says. “But all we have are bones, we don’t have any soft tissue from mastodons.”

That gave the sculptor artistic freedom when working with the mammal’s expression and stance.

Ullberg’s art appears in cultural institutions around the world, including Stockholm’s National Museum of Natural History in his home country of Sweden, the National Geographic Society in Washington, D.C., and the Art Museum of South Texas near Corpus Christi, where he mostly resides now.

But it was his work with the DMNS decades ago that helped establish his professional career as an artist.

Museum officials first brought Ullberg to the United States after he guided them on a collecting expedition in Botswana where he was working in the 1970s. In 1974, he moved from Africa to Denver to oversee the development of the museum’s Botswana Hall.

“That gave me the chance to live my dream to become an American and to make a living with my sculptures,” Ullberg, who left DMNS two years later to become a full-time artist, says. “Now it’s the closing of a circle, so to speak.”

“Snowmastodon” sits on the west side of the museum. A public dedication ceremony will take place on Oct. 23, at 10 a.m.